The Best, Most Ground-Breaking Music Videos of 2022

The Best, Most Ground-Breaking Music Videos of 2022

This year has been a grand one for innovative music videos. 2022, with it’s incessant political and cultural unrest, unruly pandemics, unprovoked violence and authoritative over-stepping, has unsurprisingly also birthed some of the best art and music videos, including some of the best, most ground-breaking music videos. Personally, I appreciate it when artists have vision. This can be a simple, universal message of love for oneself and one another, or a scathing rejection of society’s heavy expectations in the form of noisy or experimental sounds and imagery. Everything has it’s place. I’d like to take you on a journey through what I feel are some of the most captivating music videos to come out in 2022 so far, or perhaps any year. 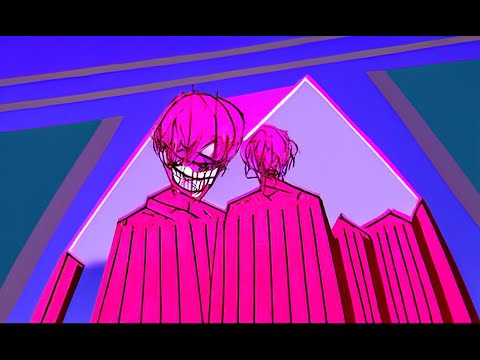 To me, this is one of the best music videos of the past 10 years and without a doubt one of the most mind-blowing visuals set to music I’ve ever seen. New York’s Experimental Electronic Music Composer Chris Ianuzzi enthralls with his masterpiece of a new album, “Maze”, and new “March of Madness” music video, which was created using only Artificial Intelligence. Musically, the song straddles the thin line between IDM/Experimental Electronic, Industrial, Post-Punk and something other-worldly. The video Created by Ethem Serkan Sökmen and İlke Köse, using a CLIP-Guided-Diffusion notebook called Disco Diffusion and other various AI tools and techniques. Reality bends and shape-shifts constantly as we’re escorted further into the depths of Ianuzzi’s creative consciousness. And if that weren’t enough, the album will be accompanied by the release of “March of Madness” in Dolby Atmos Spatial Audio.

Cosmopolis strike gold on new single “Nixon-Manson”, and it’s accompanied by a fiery music video that matches the music’s unflinching sense of menace. The vocals recall the genius of Mark Lanegan or Swans vocalist Michael Gira, while the music combines heavy post-punk with an expansive Pink Floyd influence. In other words, this is a band to take very seriously.

David Gilmour recently announced a surprise reunion of Pink Floyd as a response to Russia’s war on Ukraine, with all proceeds going to humanitarian causes to help the Ukrainian people. The track “Hey Hey Rise Up” is gorgeous, and it’s elevated by the passionate vocal performance of Andriy Khlyvnuk of Boombox. If this collaboration doesn’t inspire you, perhaps you cannot be helped!

Djent metal masters Meshuggah recently released their immensely popular new album “Immutable”, and it is easily one of their best releases. It could be my personal favorite. Several music videos have been released, including lead single/music video for “Broken Cog” pretty much acts out the album cover in majestic fashion. This is a band who deserve every ounce of success they’ve achieved.

Brooklyn purveyor of Post-Punk ‘Biker Psychedelia’, Lord Sonny the Unifier, has released a string of music videos and returns with a “Howl”.

Austin, TX Indie Electronic/Post-Punk export 1st Base Runner is in the midst of a moody, atmospheric series of releases, the latest being his “Ellis” EP. Opening track “Near Me” was given a rich, surreal music video treatment that is both dream-like and nightmarish. “Ellis” is currently available on limited edition vinyl.

Gucci Mane rarely misses, and he’s been on a hell of a roll lately. One of his most recent singles “Blood All On It” finds him paying tribute to Young Dolph by featuring him and his labelmate Key Glock. The result is one of the best music videos you’re likely to see all year. I listen to this one daily.

The Crystal Method are back with quite a mesmerizing visual to mark their collaboration with Hyper and Iggy Pop. The whole thing works, using Iggy’s motivational quotes to maximum effect over pulsating rhythms and synths.

Chris Ianuzzi strikes again in 2022 with another of his Artificial Intelligence music videos. Watch “Lonesome Highway Superstar” below.

Taken from their acclaimed (and highly recommended) new album “Hushed and Grim” (which was included in our Top Albums of 2021 list), “Teardrinker” stands out as one of the more melodic and emotionally affecting tracks in the double-length collection released in 2022. It is accompanied by a stand-out music video that reaches the epic heights of the song.

Newcomer Unfortunately Steven has released “Life’s Too Expensive For Me”, a song and video chock full of black humor and social commentary. The song’s lyrics are coupled with an atypically upbeat arrangement, making the whole production devilishly good fun.

Atlanta Pop/R&B/Neo-Soul group 3D The Boss show us their spirits and connect us to a pure energy on the retro pop hit “Heaven and Paradise”, which is accompanied by a music video showcasing the immensely good vibes they create when in a room together.

Denzel Curry brings a seriousness and lyrical depth to hip hop, and his excellent new album “Melt My Eyez See Your Future” explores new sonic terrain. His music video for “Walkin” is a perfect example of Denzel’s mature new sound laced with spiritualism and self-discovery.

Fans are rejoicing the world over now that Kendrick Lamar has returned with his excellent new album “Mr. Morale and the Big Steppers” in 2022. He recently released a potent music video for my favorite track on the album, “N95”. Watch below.

Multi-genre musical innovator Combinator has announced the release of a robust new EP entitled “re//combinator” on June 17th. Prior to its release, he is giving us a taste of the new release via an Artificial Intelligence-fueled music video for lead single “Guest In Your Own Skin”.

Electronic Dream Pop Singer Songwriter GEA returns with the powerful and mystical “Uusikuu”. The Uusikuu video was directed by internationally renowned visual artist Sanna Saastamoinen-Barrois. The video was shot in the north, a small town called Sonkajärvi. The mystical atmosphere of the filming was amplified by the fact that as the second GEA set out to walk along the snow-tucked mandala, the bells of a nearby church began to ring. As soon as she reached her destination, the center of the pattern, the bells stopped ringing.

What are your favorite music videos of the past year?