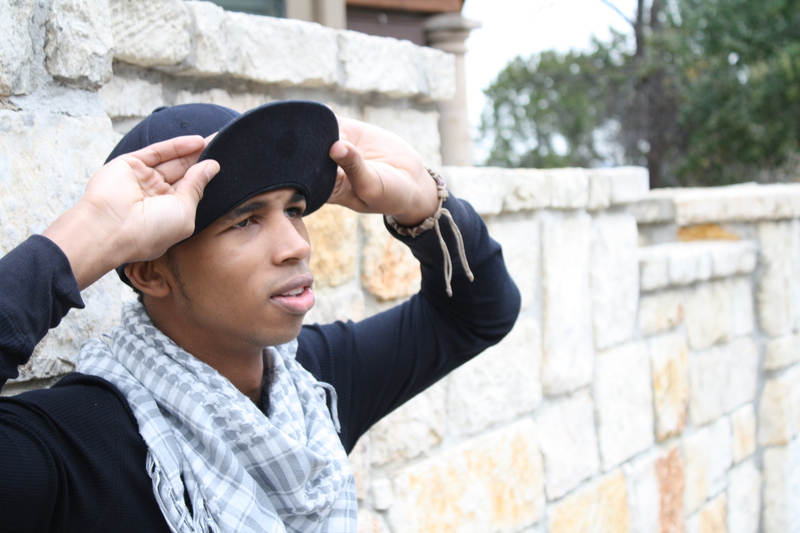 A.L.Beatz, also known as A.L.B, an up-and-coming hip hop/r & b/pop solo artist comes to us all the way from Dallas, Texas with one of his newly mastered club-ready creations, “Go-Go-Girl”. The man behind this project, Antonial Barnes, honed his skills by singing in the local church choir, a move that definitely seems to have given his tone some strength. Currently in audio recording school and studying music, he is also busying himself with learning the piano. A hard working artist to be sure, and if the production on his recent offering is any indication, A.L.Beatz could be a force to reckon with in the mainstream r & b scene shortly.

This is a straight club track with the type of lyrics you’d expect  – no deviation from the formula here unfortunately, but for fans of radio r& b, it’s a potential hit. The production is very good, opening the track with well-chosen samples and a mixture of organic and electronic percussion sounds. Antonial’s voice is strong, yet with a smooth tone and delivery, and he has his own thing going. He’s also showing some pop sensibility as well, because the refrain “Go-Go-Girl” seems to stick in your head with ease, probably thanks to the warped, delayed effect on “Girl”….a brilliant production trick actually. Though Antonial could let himself go more and show some more variety, there isn’t a flaw in what he’s presented here vocally. Interesting choice to add what sounds like a phased out guitar solo before the final chorus, and it works.

If you head over to A.L.Beatz’s Reverbnation page, you’ll notice another track called “Get Low”, and this one, in my opinion, is much more versatile, but this could be a stylistic bias. I enjoy the heavier beats, I must say. Antonial sounds like he’s ruling this track, and his backup “Yeah!’ harmonies sound versatile and fantastic. I recommend this one for radio play. It’s so catchy that you forget that the lyrics are, once again, not expanding the genre. That’s my only minor gripe, and the only reason I point it out is that Antonial has the talent to do something truly unique a la The Weeknd. Go against the grain, I say, but all in all, this is an artist with talent that has to be taken seriously. Expect to hear more from A.L.Beatz within the next 1-2 years.