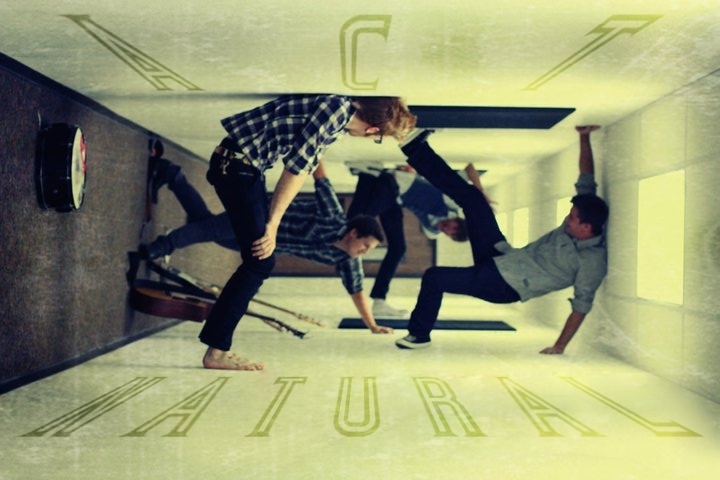 When I hear the term alternative rock band, I’m not really sure what it means anymore. In some circles, even Nickelback is labelled alternative rock (Don’t ask me for references on that one). However, one of the more respectable heads on this particular hydra is the emotional, atmospheric personality expressed by bands like Death Cab For Cutie, U2, Interpol, Coldplay, Mutemath and The Flaming Lips.

La Mesa’s quartet Act Natural falls into this category, to their credit. The best way to describe them would be by mentioning both Thrice and U2 in the same sentence. Vocalist Bryce Turner shows some similarities to Thrice vocalist Dustin Kensrue, or at least the more mainstream output of the last two Thrice albums. This is a positive, as both singers come across as sincere, and it’s really what separates this rock sub-genre from the scores of bands still trying to impersonate Eddie Vedder poorly (Staind, Nickelback, Theory of a Deadman, Creed, Default).

The atmospheres created by the band (Bryce Turner, Adam Toth, Noah King and Jackie Valentine) are typically warm and inviting. Subtle keys accent the strong guitar/bass/drums framework. The line “I’m not wasting any more time” leads into some inspired The Edge inspired guitar lead parts in the dream scape track “Highs and Lows”. Though darkness occasionally peers around the cracks in the pavement, Act Natural prefers to keep the sun within clear view. This is music to get cozy with on a rainy day.

Recommended for fans of atmospheric, emotional rock music. Check out “Highs and Lows” yourself on Act Natural’s Facebook page.