A critical aspect of hip hop culture is mixtapes, which can launch an artist to success by virally spreading their music “free of charge”, the preferred modern method of distribution.  Juicy J, ASAP Rocky, Big Krit, Maffew Ragazino and Domo Genesis are just a few of the hip hop artists who have released mixtapes recently and gained a ton of hype in the process. Even huge stars like Lil Wayne and Drake still make a habit of releasing them. Mixtapes level the playing field. No matter how big you are, the question really is “How good is the mixtape?” So how good is Bronx rapper Balliztic’s new mixtape?

“This is how it is. I’m a killer with the flow.” – Balliztic 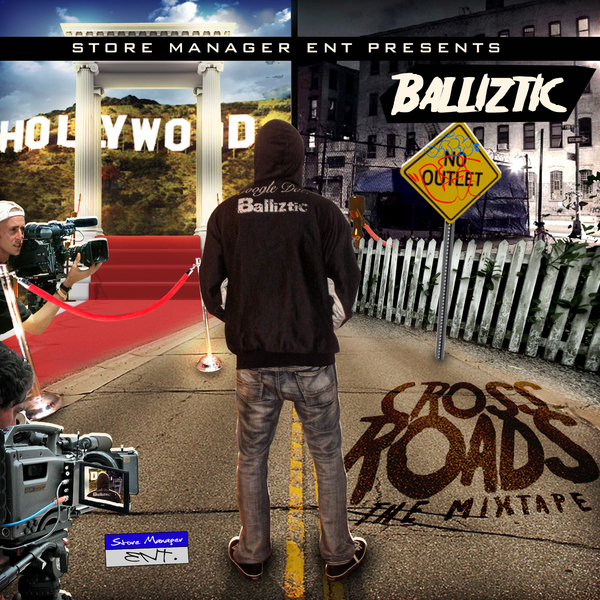 Coming to us from the Bronx, Balliztic recently released his 1st mixtape “Crossroads”, and he’s already working on a new album that should be out next year. Fast work but that’s the name of the game in the very competitive hip hop scene. Balliztic has confidence and swagger to spare, and it’s only a matter of time before more hip hop fans get hip to his work.

My personal highlight was the vicious “I Got Em”, which presents Balliztic quite accurately as a force to be reckoned with. “Take A Picture”, featuring Wonder, is another club-worthy track guaranteed to get heads bobbing. Both rappers absolutely kill their performances. “Blowin Mine” is another track that, despite the low budget video, has real potential to spread far and wide. Check out Balliztic’s “Crossroads” as well as his videos and other material at his official website.

To preview and buy his new single “Money is my Redbull”, visit Balliztic’s iTunes.