CD Review – “Resolution” by The Dryer 5 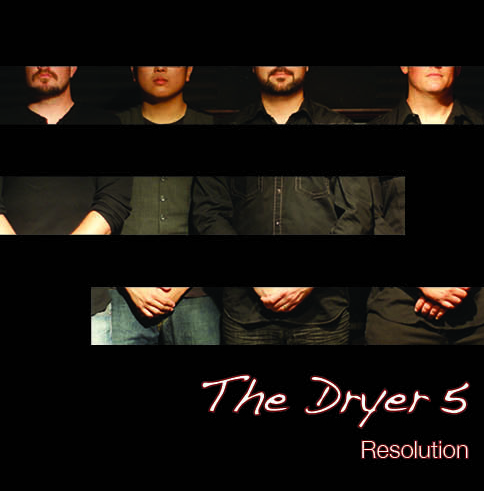 Part Wilco. Part Switchfoot. Part Goo Goo Dolls. It’s certainly hard to peg Orange County rock quartet The Dryer 5, but you definitely couldn’t accuse them of sounding unprofessional. The sheen on their new album “Resolution” is radio ready to say the least. The thing that strikes you first about the band is the earnestness of the vocals coupled with the mainstream sound of the music. It’s an unlikely combination, but it makes The Dryer 5 a stronger act in my eyes than strictly radio bands such as Nickelback. There is some genuine emotion here courtesy of John Moriarty’s strong lead vocal.

“Jealousy” starts the album with a catchy and pleasant enough alternative rock number. Hints of tension can be heard in the lead guitar wails, and the potential of the group is shown. “All These Years” sounds sonically similar to bands like Kings of Leon. Once again, the sound is very much mainstream but with an honest arc to the intent. “What Fools We Are” is more of a groover, with it’s hypnotizing bass line and laid back swing beat. Every musician is at their best here, with creative guitar lines and a Michael Stipe-rasp on the vocal. “Procrastination”, once again, is pleasant enough. It’s dreamy, emotionally charged ballad rock aimed at fans of Coldplay and U2. Not much intensity there but it’s clean, polished, and well executed. I’m well aware there are tons of fans of this style of music so I can’t say anything bad about it, besides from a personal opinion/perceptual standpoint. The last two tracks, “The Forecast” and “Sunday Morning” cover more of the same midrange ground.

The ground the band is treading on could be perceived by many as cheesy and sappy, like Journey, but then again, Journey is extremely successful. The verdict: This is not something that grabs me or that I’d add to my own playlists, but the band certainly has talent to spare and are deserving of their fanbase. Recommended for those who enjoy mainstream radio rock.