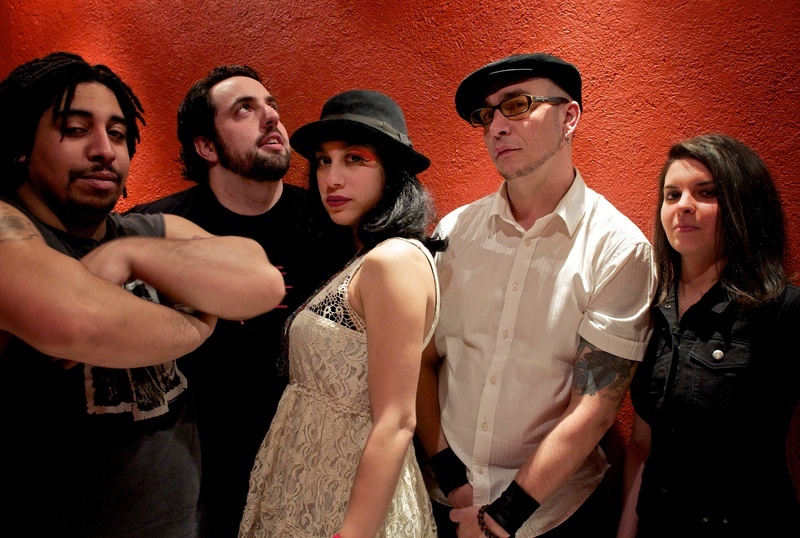 Today I connected with Mike & Roxy from the politically charged punk rock band Last Shot Fired. Don’t let the term “politically charged” scare you away, kids. This band is also catchy as hell, and they know how to write serious hooks. If more bands could infuse some intelligence in their writing, perhaps…well, there’s my idealistic side coming out.

Welcome to Independent Music Promotions, guys. Last Shot Fired is a politically charged punk/rock n’ roll band. Do you feel that people have become more open to political music with all of the Occupy protests of late?

Mike: I’m honestly not sure. I believe Americans, on the whole, stay away from any type of political action or sentiment because we’re too afraid to actually stand up for ourselves. If there’s any increase in political movements or more openness to political music, it’s because we have nothing left to lose. However, what I see from popular music is that the major labels and pop-culture are hanging on to image and salable, stock influences, instead of being any type of force for change. In my opinion, OWS is still too apologetic and concessionary to move people in a progressive direction.

Mike: My father and mother. Both of them were musicians. After them, there is a whole slew of musicians from jazz and Latin, to indigenous folk bands (i.e., “world music”) and early to current punk rock bands.

Roxy: The grunge era bands probably had the most influence on me, alongside some metal bands, but bands like Rancid, The Offspring, & Leftover Crack made me want to play in a punk band.

Mike: When the promoters actually promote. Ha, ha. Other than that, it’s mostly word of mouth and handing out fliers to random people. Sometimes you get a hit, sometimes you don’t.

Mike: I admire anyone who actually says to themselves, “whatever music I play, I can make a difference and a living.” I have so many heroes, that I couldn’t put them all on one piece of paper. However, if I were forced to make a decision, I would have to go with Jello Biafra.

Roxy: I admire underground, unsigned bands and musicians like us. Being a musician today is not easy. I also admire the people that book & promote shows, anyone that comes out to shows, anyone who actually buys merch, and people that take the time to find and listen to bands like us!

Mike: Keep practicing, keep studying, don’t work for free, keep your business chops together, take destructive criticism with a grain of salt, don’t take “no” for an answer, and if the people in your band don’t have the same vision as you do, get a new band.

Roxy: Practice, practice, practice! Play as many shows as you possibly can, and play your ass off at every show! Even if you’re only playing for 4 people- consider it a rehearsal for when you’re playing to 400 people!

How can music fans keep tabs on Last Shot Fired?