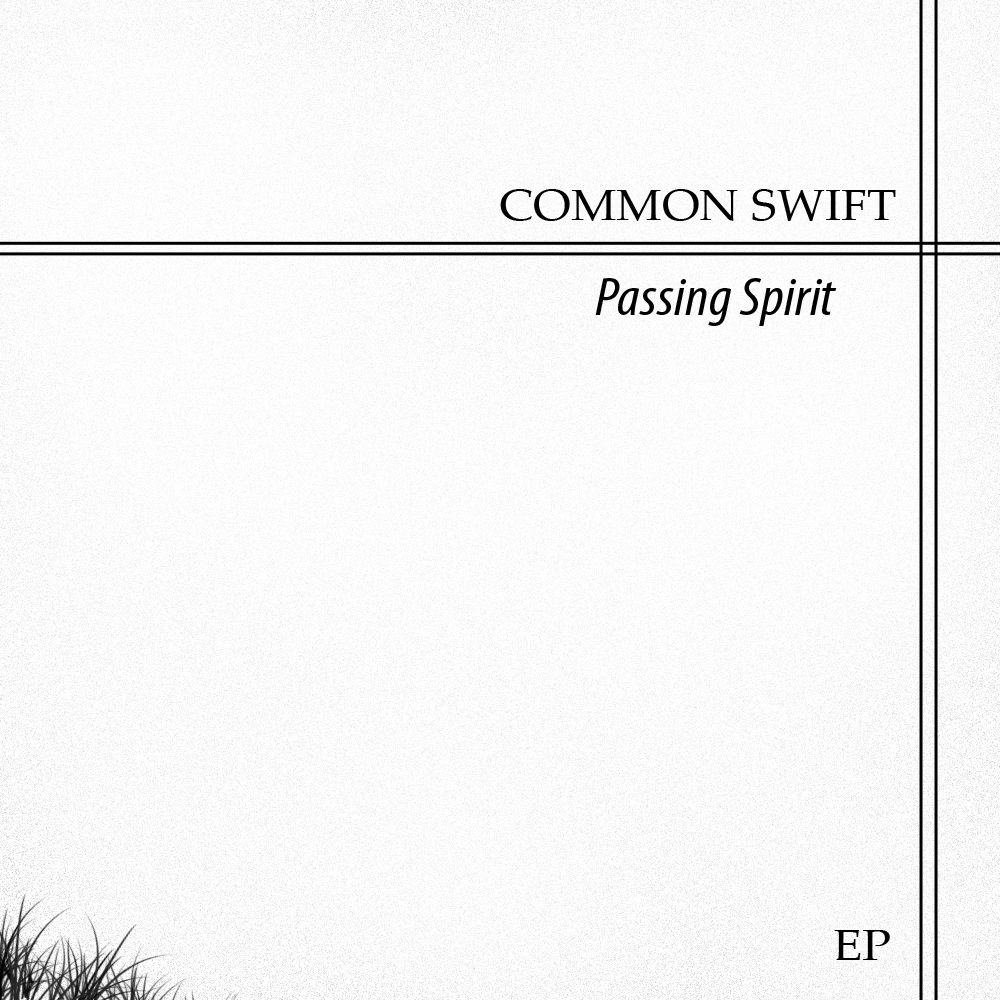 Common Swift are a 3-piece indie rock band hailing from Madison, Wisconsin. Inspired by artists such as Radiohead and Deerhoof, the band sets out into ambitious, emotionally charged territory with their “Passing Spirit” EP. The fact that I heard different influences pop up every 30 seconds or so is a testament to the maturity and seamlessness of this Common Swift’s songwriting skills. At one moment it’s catchy, psychedelic indie rock and the next it’s melancholy, piano-driven storytelling.

Containing just 3 songs, “Passing Spirit” is refreshingly digestible as a short story, an unpretentious indie rock offering. “And In The Fading Light” begins our journey, and the calm groove reminds the listener of the Velvet Underground’s sonic output. With lush, haunting backup vocals and over-driven guitars, the song picks up right before we transition into “Desk to Dust”, an intensely vulnerable affair. The singing is beautifully broken; almost whispering though still perfectly conveying the meaning of the lyrics. This opening piece is something that Elliott Smith could very well have written. Sombre and attention grabbing. The chord choices throughout the track are affectingly dark and discordant at times, and yet hope is maintained. This is a song about acceptance and release, or at least that’s the energy I pick up.

“In Your Place” opens with an upbeat feel, but once again continues our journey through a creepy, contemplative world full of wonder and sadness both. At times it sounds like Fugazi and Radiohead jamming, which is definitely a good thing. The passion shines through as the track reaches it’s climax and ends with the intriguing line “No distractions in your head”.

It would be a wondrous thing if more bands put this kind of care into their music. Not simply the skill, the “riffing it up” that so many bands go for, but the conveying of emotion, the songwriting skill, the dynamics, the lyrical prowess, the space, intelligence and subtlety. Common Swift are a band worthy of your attention. Fans of Radiohead especially will find everything to enjoy here. Find out more about the band at their official website.