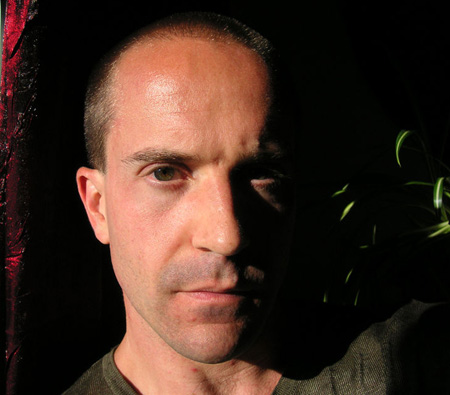 Though more research may be required, I would bank on the fact that ALL of these things encourage the healthy process of neurogenesis (the growth of new brain cells) in the human brain.

Just after going through a phase of being entranced by Brian Wilson’s work on “Smile” and “That Lucky Old Sun”, I come across an artist by the name of Dale Turner. Coming from the always exciting tradition of real artists playing what they themselves want to hear (why don’t more artists do this? I mean, REALLY do this?), Turner’s intentions for his solo release “Mannerisms Magnified” are pure. He has a wide range of influences, and the range of the compositions are nothing short of incredible. Fans of everyone from Brian Wilson/The Beach Boys, Sufjan Stevens, Elliott Smith, John Frusciante, Mike Patton, Radiohead, Jeff Buckley, King Crimson, Fugazi and Joseph Arthur should find themselves suitably enthralled by this collection of seemingly random yet intensely focused eccentricities. Hell, I think that most of these artists themselves would love Dale Turner’s music. 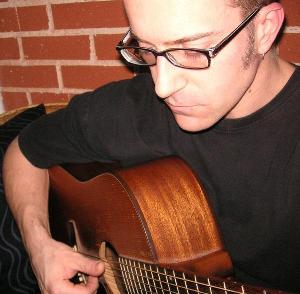 Dale Turner has experience in a lot of areas within the music sphere; he is an author of over 50 instructional books, a recording engineer, a performing musician, a music instructor, and a columnist for Guitar World magazine. To tell you the truth, reading his biography made me feel somewhat inadequate – as if I should be doing more with my life. Dale is a perfect example of someone who has worked hard to make music the main focus of their life, and it seems to have worked out perfectly. It’s always nice to see artists who get involved with teaching and enter the professional side of the business, but still focus on creating and releasing their own original art as a priority. This is not always easy to do.

After hearing Dale Turner’s output on the fantastic and strange “Mannerisms Magnified”, I can honestly say that he has poised himself to be heard by lovers of genuine music everywhere. Moody, acoustic art rock is the most common description, and for the sake of simplicity we will accept it. The songs are smart, catchy and sophisticated with dark undertones and “down the rabbithole” surprises around every corner.  Picture Mr.Bungle jamming with The Beatles. Dale’s voice is emotional and expressive, yet clear, lucid and in control. He guides the listener through an experience that feels both authentic and sobering.

Like a musical Salvador Dali, Dale Turner’s music combines the recognizable and the unfamiliar in his art. The fact that he does everything himself should give independent artists both a wakeup call and some inspiration for the serious ones. It would be a difficult task choosing stand out tracks from this collection, as the album reads more like a book than a sequence of separate pieces. However, we all need to start somewhere, so if you are new to Dale Turner’s music then listen to the creepy, beautiful “Bad Seed” (my personal favourite) at Dale’s Facebook page. You can hear the Elliott Smith influence in the beautiful vocals and harmonies. “Taken” comes across like a sincere Mr.Bungle fused with mainstream pop/rock sensibilities. For those who delve in the heavier end of the spectrum, the maniacal “Exit Wound” should give you your fix. 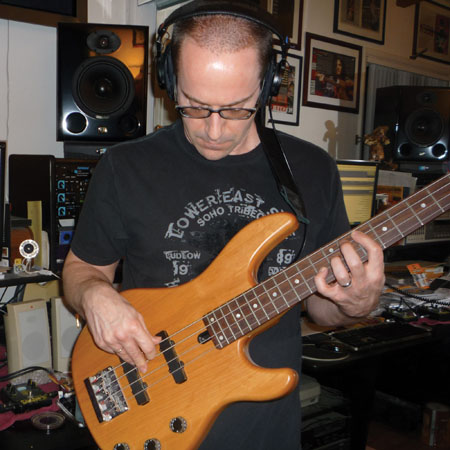 Without a doubt you will hear about Dale Turner at some point if you haven’t already, but if you are new to this brilliant artist, then I feel privileged to introduce him to you. “Mannerisms Magnified” comfortably borders on masterpiece territory, with a perfect blend of tension and comfort, dissonance and melody. Highly recommended listening for anyone who enjoys strange music or music with high musicianship. We can only hope a follow up album is on the way.

To find out more about Dale Turner you can visit the following links:

One reply to “Could Dale Turner’s “Mannerism’s Magnified” Cause Neurogenesis?”

[…] songs and thought-provoking poetry, he created A Hideous Blue. It should be noted, that, much like Dale Turner, another artist who recently blew my mind, Derrick Mills wrote and recorded everything himself. […]