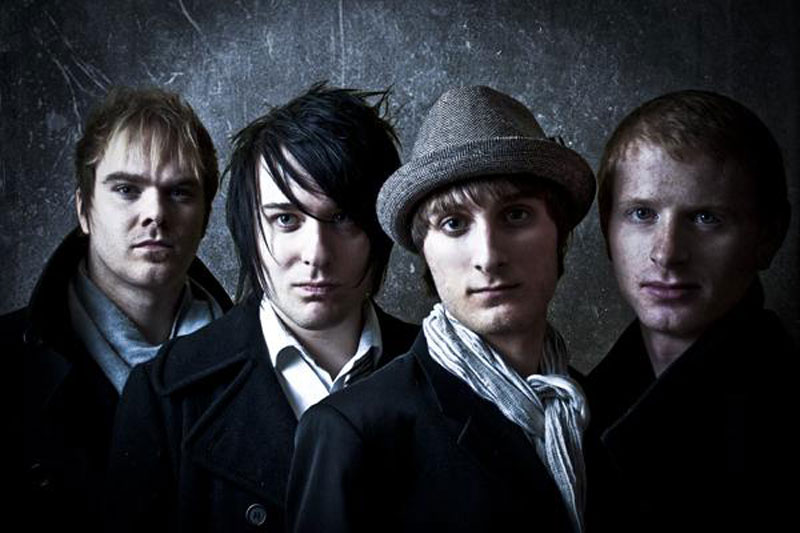 Alternative pop rock band Engloria have been making major strides with their new EP “Drive”. Welcome to Independent Music Promotions, Engloria. You guys all played in multiple bands before joining forces. Was it a case of “right place, right time”?

All four members of the band grew up together. Over the years we’ve played with one another in various touring bands and studio projects. Brandon and myself (James) are also brothers, so it was just a matter of time until we came into this personnel. Since then we’ve been able to explore what we can really do live and in the studio with all of us on the same page.

Please tell us about how your new EP “Drive” came about and the themes behind it.

We began writing for the follow-up to our first independent EP in mid-2010. When the opportunity to record arose, we knew we had to really lay everything out on the table, and essentially end up with our best foot forward with the material we had at the time. It was important for us to steer this release where we wanted to go musically, while assuring an engaging live show. Testing the songs live by assessing the crowd’s response was valuable. Introducing new material to the fans live when they least expected it was is a great way to see if what was working for us artistically was working for the audience. So far we’re gotten a positive response, which we’re happy about. The uptempo rock songs, such as the EP’s title track “Drive,” are particularly feel good songs to play live, as well as the downtempo number’s like “Made For You” to close out the evening. Thematically, the EP’s lyrics focus on motion, travel and the concept of urgency. Sometimes in a metaphorical sense and other times not so much. Your will, desire and compassion for the ones you love are all touched on. There’s a lot of self-evaluation in these songs, awareness of emotions and the concept that one’s passion pushes or propels them forward. “Drive.”

We’ve tried to stay consistent with an active internet presence. Staying in touch with fans via social media platforms such as Facebook, Twitter, Tumblr and Instagram are the best ways for us to reach out to people and make our music accessible to them as well as keep them engaged with day to day networking. I think as we’ve grown as a band, our fans have grown around us. We’ve developed an online community of friends, fans and other bands that we’re excited about being a part of, 95% of which started from personal relationships sparked via social networking and just meeting people at shows.

We all grew up on a heavy dose of our parents Beatles records, The Stones,.. etc. Infused with that was a great deal of 90’s alternative rock radio (artists like Counting Crows, Goo Goo Dolls) having a profound influence on us and our love for music which manifested itself into a budding interest in songwriting. It’s an inevitable process for any songwriter, i think, to learn from your attempts at emulating your idols. Once you hit that sweet spot where you can begin to take things to a new level with your own spin, the material gains a new dimension that one can really run with. At that point, I feel like the material becomes more of a reflection of the songwriters personality which is a key component in fans directly connecting with the music. Less in the way of the emotional connection that occurs when a fan is equally as passionate about an artists passion.

Adele. I think she is deserving of every Grammy she won this year and is one of the most talented artists at the center of the community right now. I think we’re in an age where mainstream music is reshaping yet again. Pop music in general, from the 80’s to 90’s to 00’s, in retrospect these era’s are now characterized by the elements that made them what they were, but at the time, it all seemed totally modern. We’re experiencing the turning of 00’s to the 10’s right now, and this era has only begun to find its “character.” Whether or not the general public realizes this, I feel like the change can cause confusion in the media. Releasing pop music with timeless qualities like Adele did is very grounding. She released “21” into the perfect industry landscape for it to do well, and do well it did. The first record was good too. 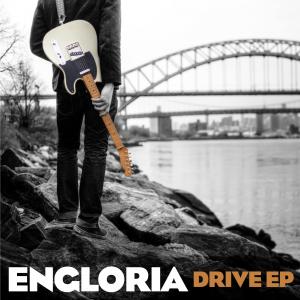 From an artists prospective, it has great advantages and disadvantages. Having your music as accessible as possible is never going to hurt your exposure when trying to gain a genuine fan-base of followers. The disadvantage is that the model that’s generating this exposure is also doing the same thing for millions of other bands, so in essence all artists have been “small-fished.” However, I am a believer in good music prevailing. I think if you’re a band that has a cool thing going on, people will hang onto it when they find it. As long as you pull a listener in, your magic will speak for you if it’s genuine. I think the platform of music downloading has made it much easier for listeners to test drive more artists than they previously would have had access to. People have grown accustom to checking something out, instantly loving it or not, and moving on. If your band can instantly engage a random listener with this new thick skin of “i’ve heard it all before because it’s all at my fingertips all the time,” then you’ve really got a product worthwhile. I mean an ipod on shuffle is essentially one’s own personal radio station, right?

In an age where mainstream radio is all pre-programmed by corporations, getting listeners to throw your music onto their ipods by whatever means necessary is how you are going to impact the most listeners. Beggar’s simply can’t be choosers by holding out thinking the industry is what it was 10-15 years ago. This leads to my final thought on this. The iTunes Store is in the process of, or maybe already has, flipped the music pirating wave on its face and used it against itself in efforts to restore the record industry. They’ve found a way to make it more convenient for one to buy virtually any song on iTunes than to go through the processes of illegally downloading it. This convenience has the potential to restore the concept of spending money on commercially released music, and there you have the remodeled music industry in the palm of your hand. I think this goes along with the era’s changing as the 2010’s eyes adjust. Whether or not artists agree with it, it is inevitable.

Sure! Keep your head up, keep doing what you love because you feel it in your gut. Beware of distractions pulling you away from what you love, because the most admirable form of successful artists are those who achieved their success by following their instinct in writing process. Craft songs by feel and make connections the right way. Get yourself onto the forefront of today’s social media-driven culture, because a lot of developed talent could potentially remain undiscovered by not recognizing the value in online communities. Write passionate songs and put them out there to be experienced.

Travel is a strong lyrical theme in your music. Are you currently touring to support “Drive” or planning live dates?

Over the past few months we’ve done a lot of dates in and around New York City, promoting and networking. It’s been a great experience, playing the new and upcoming material. We’ve made friends with some great bands, and so far the fans have been very supportive. As of late, we’ve seen more and more people coming out to shows, which has been great fun to play in front of each night.

We’re in and out of the studio currently working on pre-production concepts for an upcoming full length. We plan on releasing this during 2012. The release will further the tone palette explored on the “Drive EP.” In between writing and recording, we’ve been rehearsing a brand new live show which we will be testing out this spring. April 15th we will be performing at one of our favorite upstate venues, Jillian’s of Albany. Tickets are available through our website www.engloria.com. It should be a great night!

How can music fans keep tabs on Engloria?

The best way is through Facebook, Twitter and our Official Site, www.engloria.com. For all you iPhone users out there, Follow @engloria on Instagram. Between all of these networks, you’ll be able to keep updated with what’s going on with the band and interact with us, which we love.