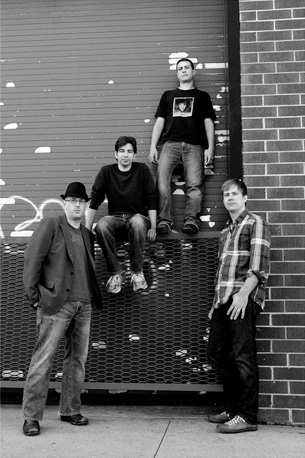 Frank is a rock n’ roll/power pop quartet from Brooklyn, New York inspired by acts like The Replacements and The Clash. Their new CD “Here Together” is full of hooks so infectious you’d hardly know you were getting a dose of wisdom at the same time.

Welcome to Independent Music Promotions, guys. I really enjoyed the core philosophy behind your track “Peace Out”. Would you say this sums up your general perspectives on life?

Thanks for having us! I think that the narratives and general themes that run through the record as a whole tell the story of who we’re becoming individually as people as well as collectively as a band. Peace Out is certainly a part of that, and there’s definitely a lot of my point of view in that tune specifically. I find that increasingly songs that we write lyrically tend to be simultaneously about ourselves and about the world, if that makes any sense, and Peace Out definitely falls into that category. I’m glad you like it!

How is the music scene in Brooklyn?

Well on one hand it’s great because there is so much going on and so much attention to what happens here – as a music fan it’s incredible. As a band, it can be a bit overwhelming at times, but it’s New York, it’s home and it’s a huge part of who we are, so there you go. I guess overall I’d say Brooklyn is fantastic though it takes itself a bit too seriously sometimes. You can probably detect that point of view in our music from time to time.

“Here Together” has a strong positive feel to it lyrically and musically. Does this come naturally or was it an intentional aspect?

All of the songs come naturally – I never really set out to write a certain type of song or cover a certain subject. Here Together (the song as opposed to the record) is definitely a very positive, and emotional song, I’m glad it seemed that way to you. It was written soon after my son Cyril was born. It’s really about how when you have a child, on one hand you are experiencing this singular, unique event that you will never experience in the same way again and that no one can ever take away from you, but on the other hand becoming a father is one of the oldest and most common, universal experiences in the world. It spans both space and time in that it has happened to people throughout time, and is happening all over the world, all the time. So that’s what that song is about.

Tell us about the biggest influences and inspirations that inspired you to start playing music together.

We all have common musical inspirations, and we also each have our individual personalities and influences that we bring to the band. Plus, we’re all pretty eclectic in our musical tastes, so there’s a lot going on influence-wise. If I was going to simplify, I’d say my biggest influences are rock and roll (The Replacements, The Clash, The Stones, etc.), soul/funk (Stax/Motown, Funkadelic, James Brown) and blues/soul-jazz (Freddie King, Grant Green). Seth (keys) brings all the rock and roll but adds a lot of jazz as well as classical counterpoint and higher conceptual musical theory to the party, Billy (bass) brings the prog rock as well as the jamband aesthetic, and Christian (drums) brings the indie rock sensibility. That being said, we’re all evolving and pretty open-minded musically, so our relative influences and contributions change from session to session. One of my favorite parts of the band is when we discover new music together. We listen to music together often in the studio, and we write songs at a pretty rapid clip, so the inspirational level is high at chez Frank. 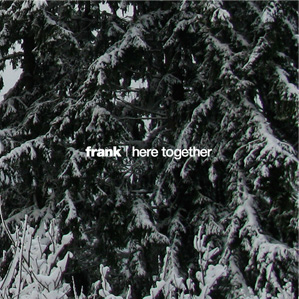 Wow, that’s a tough question, there’s so much fantastic music out there right now. My favorite band will always be the The Replacements – Paul Westerberg is my all-time favorite songwriter. I think they set the bar for making honest rock and roll, and that is what Frank is all about. In terms of more current stuff, I love Titus Andronicus – I know Patrick Stickles is a huge Replacements fan and he really does them justice with his music. Recently I’ve been listening to a lot of Rufus Wainwright, I really admire his audacity and the sense of dynamics and scale in his music. Radiohead is fearless and consistently brilliant, Spoon is relentlessly cool, the list goes on and on.

Honestly, I don’t really think about it very much. Our goal is to get as many people to hear our music as possible, and whatever helps us accomplish that is fantastic. We’ve never been in it for the money, and we don’t much care how someone gets a hold of our music, as long as they get to hear it. We know there are people out there who will like what we do and relate to what we write about, and we want to share our music with those people. If you like what you hear, share it with a friend. Post it on your website, whatever. I do think that if your music is used to make money, you should be entitled to your fair share of that money. But I care a lot more about music than money.

What are your thoughts on the state of rock music today?

Like I said before, I think there is a tremendous amount of great music being made right now. It’s hard to know if it’s always been this way and we’re just hearing more of it due to technology, or if good music is just more ubiquitous these days. Either way, it’s great for a music fan like myself As an artist, there’s so much creativity to feed off that it can be overwhelming at times, but that’s a great problem to have in my opinion.

Has it become easier or more difficult over the past 10 years to be an independent artist?

I think it’s gotten easier overall. Social media and related technology have made it much easier and more fun to interact with fans, venues and bandmates, so it’s easier to integrate your passion into the more mundane aspects of existence. The more room for passion the better. Plus I think the concept of an “independent artist” is evolving and expanding, and that’s a good thing too. 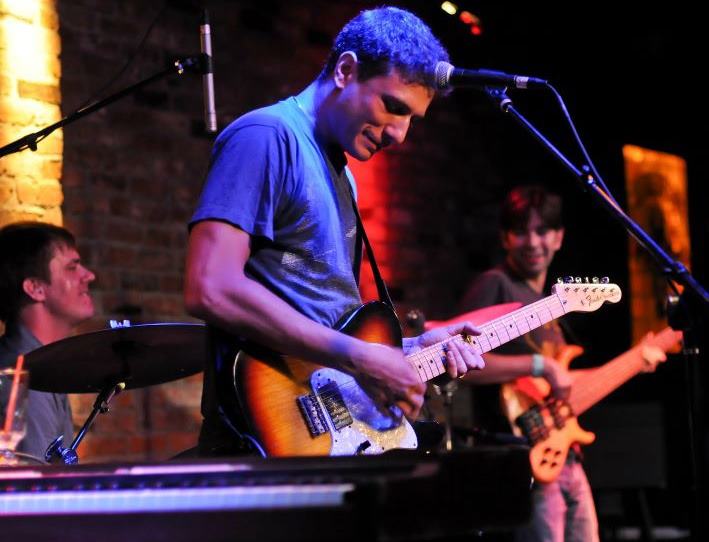 We’ve already started writing our next record – it will take some time, but we’ve got a ton of material and I’m already really excited about the way it’s all heading. We also are toying around with releasing an EP with some of the tracks that didn’t make “Here Together” – we were listening to them last night and there’s some great stuff that’s basically done! We’re releasing a live recording of the Here Together CD Release Show too, I just finished mixing it a little while ago. Plus we’ve got new shows to play, new music to write – it’s a real blessing to be able to say this after all this time, but the band is in a great place right now, and musically I think it’s fair to say none of us have ever been happier.

Check out “Peace Out” below: