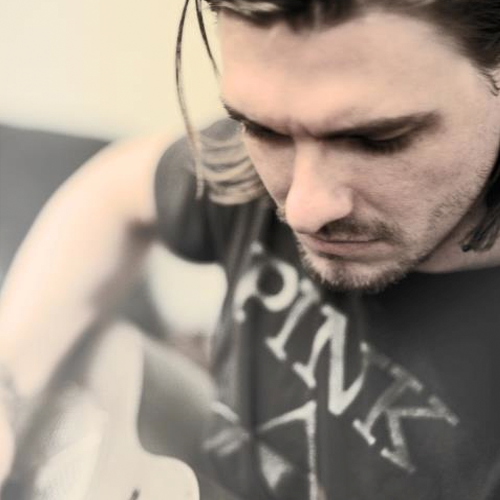 Chicago singer-songwriter Colin Tyler took the time to share some of his views on his recent work, as well as the music industry. Listening to some of his material, he really strikes me as a gifted rock n’ roll songwriter, the kind that I wish there were more of. Either way, with people like Colin Tyler around, rock will definitely survive.

Tell us about your recent recording experience with the great Steve Albini.

Overall, it was a great experience; a highlight in my career thus far. I invited fourteen of my friends along to record with Steve at his studio in Chicago. I had two guitarists, a drummer, bassist, pianist, organist, string quartet and a male vocal quartet. I also invited a nine person film crew into the studio to capture all the action. We tracked 100% live to analog tape (yes that means no computers). I would be lying if I said that it wasn’t stressful. It was months of preparation for a single day of tracking. Because the busy schedules of the core band, we only had two rehearsals. The string and vocal sections had no rehearsals. We also stretched Steve and his studio to its limits. But a little sweat can be good sometimes and the product has exceeded my initial expectation.

What can we expect from the new album?

Well, it’s not really an “album.” Though I am pressing a limited run to vinyl, I consider it to be more of a multimedia project. I believe the performance is equally important to Music as the music itself. Every other artist releases audio recordings with a promotional video accompaniment. For me, the audio/video combination IS the release. They are interdependent. We did not edit any of the performances in post (yes that means no auto-tune) and we did not add any overdubs. What you see in the video is exactly how we played it in that moment. The idea was to capture a moment in time; to bring a true-to-life studio performance to the public– or rather, to bring the public into a live studio session.

Playing shows might be the only thing that works for me. A performance says it all. You can have the fanciest posters, the best placed ads and the flashiest recording but when people see you perform, they’ll be able to tell instantly if you’re full of shit. If you’re good, they’ll tell their friends and so on. A recommendation from a friend is the most effective promotion. And you can’t buy that.

Welcome to the club, you are not alone. Sooner or later everyone questions themselves. Because musicians are always being bombarded with nay-saying, it’s impossible not to feel discouraged sometimes. In fact, you would be delusional if you didn’t stop yourself every once in a while and ask, “Why am I doing this?” or “Is this right for me?” Questioning yourself is good; doubting yourself is destructive. So what it comes down to is belief. Do you believe in yourself? Because if you don’t, no else will either.

How can music fans keep tabs on Colin Tyler?