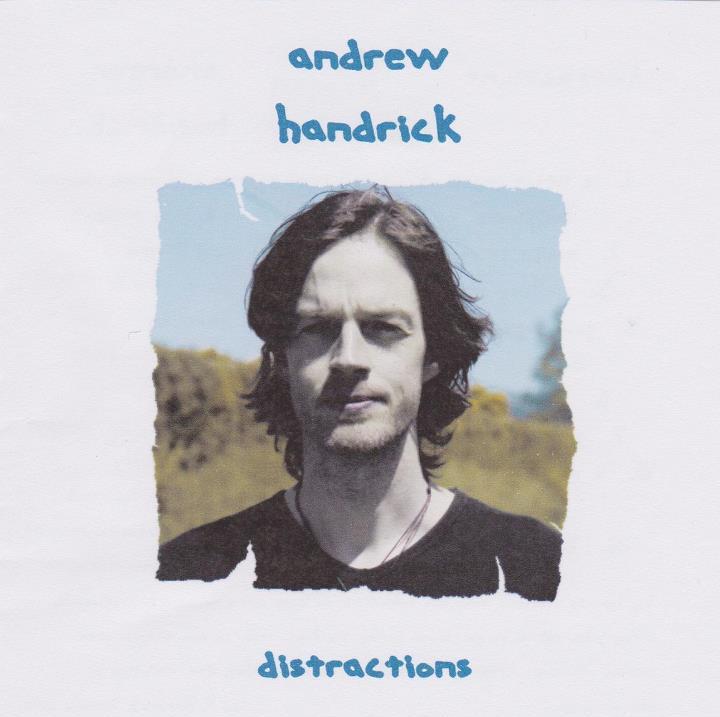 Today I caught up with Irish folk/rock artist Andrew Handrick. I was very impressed with the rawness of his work.

Welcome to Independent Music Promotions, Andrew. Your music has that intense, isolated feel of one person in a room telling stories. Can you tell us about how you set about writing and recording your new album “Distractions”?

Thanks James, always nice to talk to people willing to give the independent artist a voice.

Well the songs on ‘distractions’ were written over a 2-3 year period. I did not intentionally sit down to write the album as such. I had been playing in San Francisco a few years back and wrote a lot of songs while staying in various places minding cats for people believe it or not..haha…that was the deal,,free rent..mind the cat..which was cool cause I like cats… so I was playing every other day and night in SF and the songs kinda just flowed helped by the experiences I was having there and my intermittent trips back to Ireland. Then it was matter of picking the songs I wanted to record, which is sometimes the harder part for me.

As for the recording, this time round I decided to record it myself on a pretty basic home studio set up, so I used one mic and just played the songs. I did that for I think 3 evenings and added in some backing vocals and that was it. I wanted to keep it raw and simple as I was getting a little tired of hearing music that was, to me, over produced and all sounding very similar, so I just gave it a shot to see what I could come up with, I guess that is what gives it that intense isolated feeling you mentioned.

I’m not sure what really inspired me to play music, I can’t remember a time in my life that I did not want to play music. I mean my dad was always singing around the house..kinda like I do now..haha… I never really had any intention to be a singer as I started off playing drums, though I was always writing the songs for bands I was in and people kept saying I should sing. I think music was always just in me as I taught myself drums and guitar and song writing for that matter. I suppose when I was younger I spent a lot of time with a set of headphones on listening to whatever music was in the house, from Elvis to The Who and everything in between. REM were an early influence, really liked the lyrics and vocal style of Michael Stipe and what a great front man. The Rolling Stones, The Velvet Underground and The Jam too, I just love good songs and good lyrics. 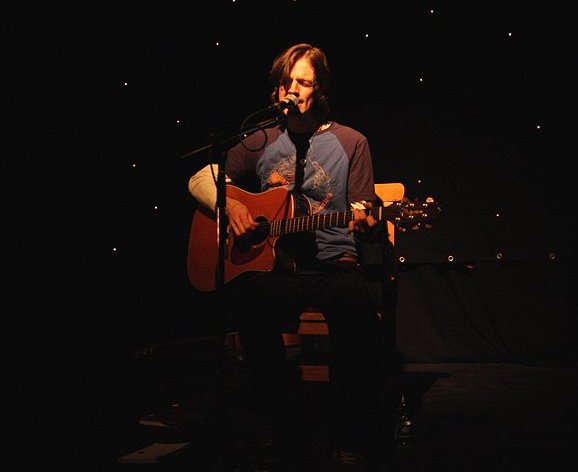 Keep throwing enough shit and something will stick…haha… well that used to be the way I did it…I kinda try more of a personal approach these days and being honest..yes, I know, not always the best tactic in this business but there is so much hype that turns out to be bland ya know! I do all the online promotion with facebook, twitter and youtube. I think fans these days really appreciate a friendly approach, myspace kinda pissed a lot of fans off I think as it turned into a spamming frenzy for bands. I think you tube is great in that you can post vlogs or record something new or a different version of a song and just put it out to the fans quickly, something fresh. Also blogs are great for connecting with new music lovers. It’s all about making a real connection with people.

Admire might be a strong word…haha…I like Jose Gonzalez, he seems pretty cool, don’t know a lot about him except for his music. He seems to just do his thing and whatever he feels to do musically either on his own or collaborating which I think is great, best not to be bothered with the latest trend or fad and just do what you enjoy and what feels good to you.

I also like the Red Hot Chilli peppers, still going strong and creating some good music. Gotta admire the longevity of their career. Beck is great too, never know what you’ll get out of him, but it will always be good…and amazing live.

Yes…quit and get a nice job in a bank, and do an inside job!!!…haha.. but seriously… if you love and believe in what you create and more than your mom and your girlfriend/boyfriend like what you do….just keep doing it..and remember it’s the journey that is more interesting than the destination…unless the destination is New York…then forget it…haha… and keep your sense of humour if you have one…because the world is a funny place and the day you think of quitting might be the day that your music takes off…

How can music fans keep tabs on Andrew Handrick?