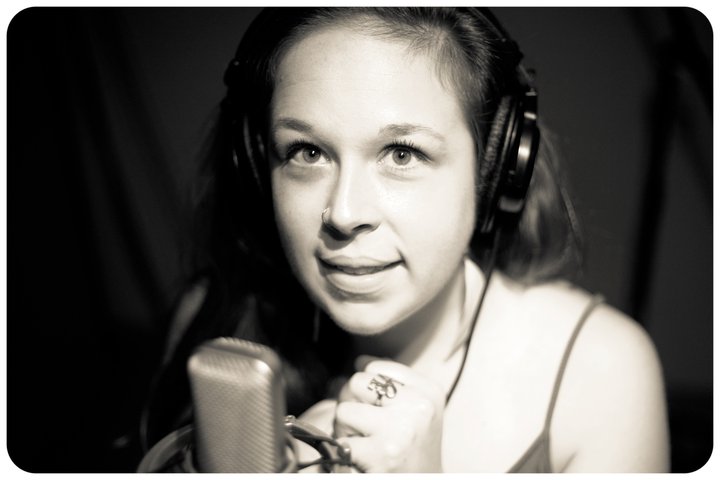 Popular independent folk artist Annalise Emerick has been gaining many new fans across the globe thanks to her beautiful voice and engaging lyrics. She stopped by to share her thoughts on her music, her love of travel, life as an indie artist, and the current music industry.

Welcome to Independent Music Promotions, Annalise. You’ve been described as a gypsy, and you have in fact travelled to follow your intuition and your dreams. Please talk about this a little. Does being on the move speak to your soul and keep the inspiration fresh?

Moving to Boston was the best thing I could’ve done for myself. I really did love Nashville and it is an amazing music town but I needed to find my own path. I realized a few months after the move and Starry-Eyed came out that it could have been any city, Seattle, Portland, Denver etc but I chose Boston and I was going to make it work for me. I needed a fresh start and a smaller pond. I have the contacts in Nashville but I knew that releasing an EP in Nashville is just like going to the grocery store, everybody does it. Boston has a great music scene, less of the industry but still lots going on. And if you want to travel and hit a lot of different cities in towns, it’s not a 10 hour drive, unlike Nashville.

I love to travel and most of the songs I write have a theme of moving on, traveling, seeing the world, even if it’s a love song. I grew up in Fort Worth, Seattle and Austin and when I got into Belmont University in Nashville, TN, I couldn’t wait to leave home and make my own adventure. This trend in my life of moving and traveling (I’ve been to France, Japan, Australia, Papua New Guinea and road tripped over a lot of the US) has made me a restless person and I love the idea of packing up my car and finding a new place to go. I won’t be doing that forever but for now, it works for me.

Your debut EP has definitely found some success in a variety of places, and it’s no wonder. You have a unique and beautiful voice. Are you currently touring for the release or planning new material?

Thank You! I have been doing a lot of shows since the release in September and I’m booking for summer dates right now. The goal is to do a mini tour for a few weeks at the end of July/beginning of August through the North and South East.

It’s definitely a challenge to keep the creative world alive inside of you when a lot of the time you feel like all you do is send emails. But I do play and write all the time and I’m already thinking about my next project. 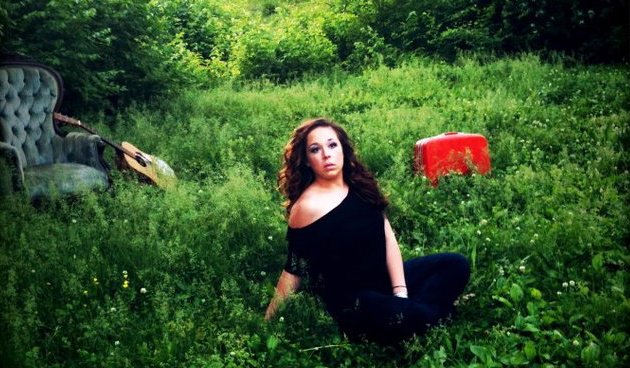 What has worked the best for you as far as promotion goes.

Word of mouth! It is the most powerful source of promotion and spreading information. There are only so many tweets and facebooking you can do. If someone is really into your music, they are going to tell all their friends about you and hopefully they will like you too and be excited about telling their friends.

Well this is kind of a funny thing for me. Up until I was about 18th years old I wanted to be the next big country singer. I’m talking like, Martina McBride, Trisha Yearwood etc. The Dixie Chicks were a huge influence on me when I was a teenager, I wanted to be just like them.

But after a few months at Belmont University (Nashville, TN) I had to kind of, re-asses my goals. I started playing guitar more and writing my first original songs. I found artists like, Brandi Carlile and back then, artists like Sara Bareilles and Ingrid Michaelson were just getting big. All of a sudden was a big deal to be a female, singer/songwriter in the commercial (pop) market and people loved it. I had always loved Shawn Colvin, Dar Williams, Sara Hickman but now so did everybody else. Does that make any sense?

But if I had to give a list of my greatest influences and inspirations it would definitely go like this….

Patty Griffin (she lived in Austin, where I spent my middle and high school years, I saw her live in 8th grade and never looked back)

Oh my gosh, this so hard! Let’s see… I love all the Nashville singer songwriters. Madi Diaz, Katei Herzig, Amy Stroup, Marie Hines, Holley Maher, Sarah Siskind, Kate York. They are really doing what I hope to be doing in a year or so. No day jobs just writing music and making a living from sync deals and touring the US/UK and Australia.

I also love Arcade Fire. I remember when they won their Grammy last year. I was at a viewing party at a friends house and when they announced the winner for album of the year I totally freaked out. I was so happy that a band with a bunch of real musicians and songwriters, family style, great melodies and lyrics, just a motley crew of people, won album of the year. I mean really, can I get a hell yeah?

Going back to Madi Diaz. She is one of my absolute favorite current artists. She started in Boston at Berklee then moved to Nashville, did really well for herself there with the singer/songwriter crew and recently moved to LA to get involved with the big time. I don’t know of another current artist that can write, sing and perform like she does. Check Madi Diaz out!

We all have to face the fact that the coming generations will not expect to have to pay for music. We’re going to have to start (most people already have) getting creative and finding new ways to make money off of releases. Touring will always make money but I don’t know how much longer iTunes will be around. Am I really saying that?? Woah!

My philosophy, or what I try to remind myself of is, if people want your music, they will buy it. If they don’t want to buy it, they will download it illegally. If they really like you they will come to a show in their town and buy some merch and a CD. That is all you can ask. If people like your music they will support you. I’m such a huge music fan and I love seeing my favorite artists live. I make a point to find out when they are playing and buy a ticket. Not everybody does this anymore but those who do are the ones that are worth your time and the ones who will support you through your journey.

The most important thing I’ve learned since Starry-Eyed came out and I set out on this crazy adventure of being an independent musician is that it is a high and low lifestyle. One day you’re playing a show to a full house, make some actual money, collect a ton of emails and the next day you play to an empty bar and walk about with less money you had when you walked in because the bartender made you pay for the single beer you ordered. It’s insane!

Once I realized this is the way it was going to be, I felt so much better. I take each day as it comes and try not to get ahead of myself. It’s important to realize that this is a very, very long road. Nothing happens overnight anymore and if you really want to succeed you have to keep your head on straight and your heart in the right place. Pace yourself. Work hard.

Are there any new places that are calling you to travel to or possibly live in the future?

I really would love to get back to the west coast. Seattle/Portland area. I also want to play the UK soon. Folk musicians do really well over there.

How can music fans keep tabs on Annalise Emerick?