Coming to us from Nashville with some unusually hard-hitting and downright stomp-worthy country rock, Hillbilly Vegas have granted me an exclusive interview.

Welcome to Independent Music Promotions, guys. I really enjoyed your new album “Ringo Manor”. Those songs must be an absolute ball to perform live! When you write, do you imagine the live energy and cater to that in particular?

First of all thanks for having us, it’s a real pleasure to talk to you. As a writer I’ve never placed any expectations on what a song should be or if it will be fun to perform live. Honestly, there was never any promise that any of these songs would be heard by anyone or performed anywhere. Our live show and our songwriting is just who we are. We get rowdy sometimes, we tell stories and we make sure we get an emotional investment out of as many in the room as possible. We are having a great time performing these songs and seeing the response so far. We are regular guys who write about real people stuff.

I noticed a lot of hard rock and even heavy metal influence in your sound. It seems like it’s the right time for this too, because I’ve noticed a rock resurgence in general. People want to let loose and free themselves. What is it about you guys that is attracting so much attention lately?

I think it starts with a good product and we are confident we’ve got something worthwhile here. Then you have to find somebody else who believes it is a good product too and can help you get the word out. We found that person in Ben Ewing in Nashville. Ben manages The Kentucky Headhunters, Richie Owens and Skid Row singer Johnny Solinger. Johnny is from Texas and does a country/rock thing like us when he’s not out with the Skids…as a matter of fact we just found out we will be out with Johnny quite a bit on the coming months doing shows together…should be a great time! Anyway, Ben signed us, introduced us to people who could further our cause along and eventually we landed a record deal with Red Dirt Nashville. They in turn, allowed us to be who we were rather then try and create something that would have been a fraud. There is a lot of rock influence in our music, but also a lot of Americana, country and even some R & B in there too. As for a resurgence…rock never dies, it just takes breaks now and then. 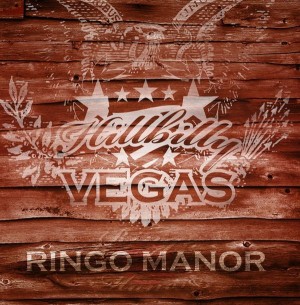 Is country music ready for something different?

Country music fans are for sure. That’s really all we care about. Jason Aldean covers Guns N Roses in his set for God sakes, it’s not like this is something new. The lines are blurred and are getting more so by the day. The major labels are still sticking to their white hat/black hat format like the dinosaurs that they are…but even they’ll come around or fold.

Your originals were chosen over some submitted tracks from top industry folks. I’d definitely take that as a good sign! The production on “Ringo Manor” was unbelievable. How was the experience working with Richie Owens?

Well to be perfectly honest…a couple of the songs from the top industry folks were pretty damn good and we would have loved to have had them as part of our album. The problem with those type of songs from those type of people…there are expectations and restrictions on what you can do with them. We are who we are and I guess I’ll leave it at that. Initially we had 12 songs we’d written for the album and the label wanted us to record 15 and pair it down to 10 or 11. So actually the submissions were to kind of stack our deck. In the end though…our personalities are quite strong and doing songs by other writers, as great as they were…sounded like we were trying to put on one of those white hats I mentioned. It wasn’t us. Luckily Red Dirt had the confidence in our originals and gave us the green light.

Richie Owens…it was a truly fantastic experience. A lot is made of Richie producing Dolly Parton and some of the others. He did the Georgia Satellites stuff and that’s what everyone talks about but that’s not what brought us to Richie. He’s an amazing talent. He has a vast knowledge of music and genres and is a true student of them all. He records Jason and Scorchers, then turns around and does a Dolly album…and made both sound brilliant! Richie is our guy. His band Richie Owens and Farm Bureau has a new album out now too. It’s great stuff for rock/Americana/country people too. He is a brother.

Oh jeez, I’m never good at this. I always remember somebody I should have mentioned after it’s too late. I’ll say this. I love great singers and great songs. I think our music reflects aspects of The Eagles and The Kentucky Headhunters. Other than that I’m a fan of charisma…David Lee Roth is the reason I got in to this in the first place.

I have favorites in each genre. In rock I love the Foo Fighters…I’d say that’s the best rock band to come out in the last 20 years or more. The new Van Halen album is amazing too! In country music I love The Headhunters new album and Jack White’s thing is very, very cool. 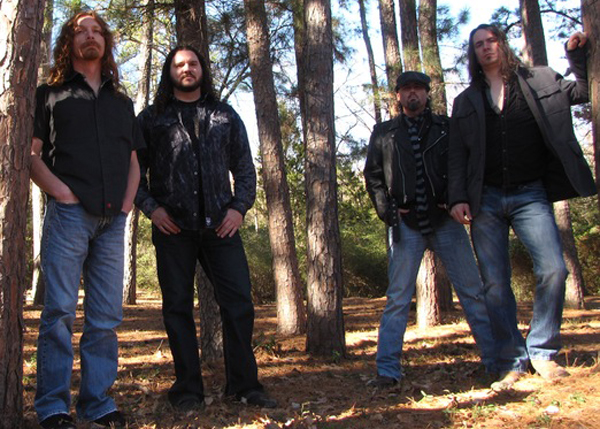 Ehh…file sharing is no different than a bunch of guys borrowing a cassette of Van Halen’s 1984 and copying it off 28 years ago. One purchase, ten happy listeners…BUT who cares…while you may only sell a single copy of the record…those bootlegs produce 10 or more tickets to a show. File sharing is not something that I’m against to be honest. Albums are just promotional tools to get people to come see you live anyway. You want to sell as many as you can…but more importantly you want to reach as many as you can by whatever means possible.

What have you found works for you as far as promotion goes?

Hands down…social networking. It’s the new fliers! No more cut and paste and late nights at Kinkos. I sorta miss those days sometimes though.

What else can we expect from Hillbilly Vegas in 2012? Videos? Tours?

Our first national single Little Miss Rough and Tumble comes in June. We just finished shooting the video for that single in Nashville with the AMAZING Stacie Heckuba (look her up…amazing woman!) We’re very excited. As for tours…it’s not as easy as it used to be. Fuel prices and economics make touring tough these days. So we’re taking it slowly and trying our best to build a good network and get the word out about who we are…hopefully that will open up the doors for all the stuff kids dream about.