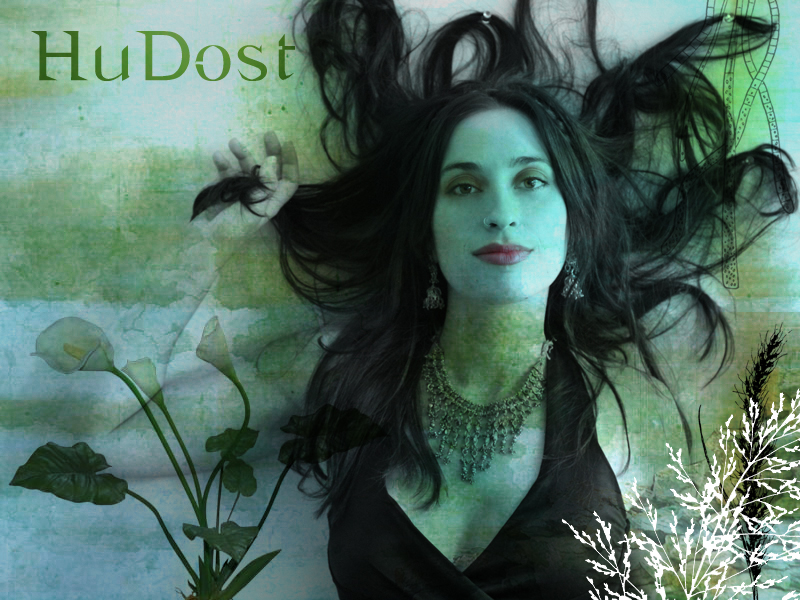 Today’s exclusive interview is a special one. Moksha Sommer, the vocalist and multi-instrumentalist behind the absolutely brilliant neo-folk/world/rock project HuDost, where she teams up with guitarist/multi-instrumentalist Jemal Wade Hines and a host of other stellar musicians,  is here to answer some of my questions. After listening to some of her music I was instantly a fan, and just hope I didn’t come across as too much of a fanboy in the interview. My personal favourite artist is a bit of an unusual choice – Dead Can Dance. I’ve always admired the rare artists who completely ignore mainstream expectations and actually let spirit do the work, taking themselves out of the way. Listening to HuDost’s new album “Trapeze”, I immediately got the sense that this was one of those rare projects.

Welcome to Independent Music Promotions, Moksha. It’s obvious to me since my first listen to your music that you speak from the soul. Most artists tend to confuse their soul’s song and end up trying to sound like someone else, or possibly too commercial. Your music, however, is both accessible and deeply moving and artistic, with a spiritual feeling to it. I’m harping the point, but most artists really miss this critical mark. How important is it for artists to “speak from the right place”?

MS:  Thank you!! Ironically, I think one of the most important aspects of song-writing is to “speak from the right place” but can be one of the hardest things to attain. There have always been such intense associations between excellent song writers and huge egos. For me, I find it necessary to have some form of ego-negation in order for my best songs to be written. I have to efface my critical mind and the annalytical parts of me that can fuel my sense of self. When I am able to do so, I tap into “the right place”.

How has the response been to “Trapeze” so far? From what I’ve heard it’s quite stunning.

MS: There has been a very positive response. Interestingly, it has been the songs that we considered leaving off the album that have had the strongest response and people have expressed having been very moved by. 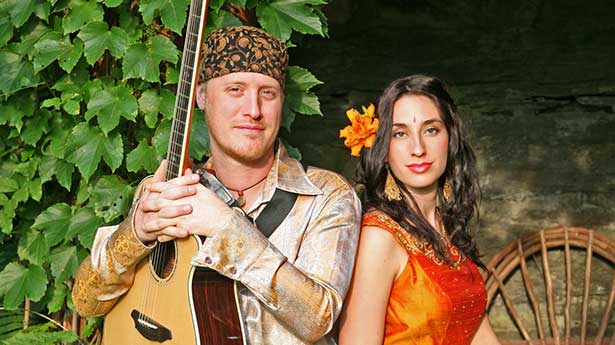 You’ve played at Alex Grey’s CoSM in New York and there is some amazing footage on Youtube of the performance. What a perfect setting for you! How did you cross paths with Alex Grey?

Alex is an absolute delight to work with…as is his wife, Allyson Grey. Jemal, my partner, first crossed paths with him ages ago when Alex was doing a project at the University of Florida. Since then, we have performed at his gallery a number of times and been delighted to do several joint performances with him and Allyson as they do live painting. It is wonderful to see what develops creatively when two art forms are being created simultaneously and act as sounding boards for one another.

I think that a lot of people really look for a deep, spiritual experience from music, and doors have certainly been opened by artists like Peter Gabriel, Dead Can Dance and Azam Ali in this regard. Is world/fusion music bigger than it’s ever been?

Honestly, there are a lot of musicians who are creatively driven in the arena but there seems to continue to be a fear on the part of marketing and the music business end of things. You have no idea the number of booking agents who have said to us, we would be delighted to take you on if you choose one musical genre to stick with. We have always said no in order to retain creative freedom. I have observed the same thing with other musicians. With that said, the music industry is starting to see that there is a strong response from the “consumers” to this type of music so are more inclined to jump on board. Oy. The politics of art.

Congrats on playing the upcoming Bonnaroo Festival. That’s fantastic news! What else is coming up for you on the live circuit?

A ton! We are booked pretty intensely all summer doing festivals on both the West Coast and the East Coast (in Canada and the US). We are also booked for a good number of lovely outdoor performing arts Centers…which are wonderful to play in the summer months (as long as it is not bug season!).  We are also booked into the fall doing more festivals in the South East US and are also booked for Hawaii in January (terrible timing, no??) and are planning to tour Australia and New Zealand in March and April of 2013. 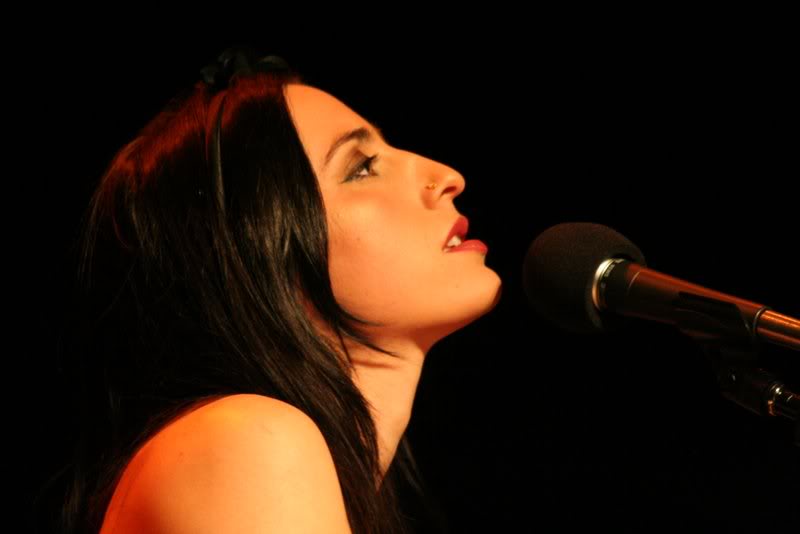 Many artists are easily overwhelmed when looking at the mountain of things that may need to be done in order to achieve “success”. What advice would you give to independent musicians?

The main thing I have learned is that it is very easy to become overwhelmed and to get caught up in a wild wind of small tasks. The best thing is to not lose sight of the larger vision of what you want and to focus energy on the tasks that will aide that larger vision. Set up the PR and marketing structures that you need and aim high! Yes, do the shows that keep you fed and do adequate marketing behind them, but go for the gold. If you get one out of 200 high end shows that you apply for it will open doors and make it easier for more to come through. Also, make sure that your creative practice does not take the back seat. The joy of creation must be regarded as the true goal…which means it can be obtained daily no matter what phase of professional development you are in. Enjoy the now it will open the doors of the future.

Who are the artists that inspire you most; past and present?

Too many to list! Some of these are rather obscure and some are uber famous. They cross all genres. Right now I am listening to newer music such as Feist and the Fleet Foxes…I am also listening to early Chopin, Lhasa, the full Beach Boys repertoire, and a slew of other things…my ideal is not drawing lines in terms of what I hear and absorb. The greater the auditory palette the more colourful the canvas is apt to be.

A lot is in the works. We are currently prepping to tour and are also in the studio working on a few projects. This last week I have been laying down vocals tracks for the next Jon Anderson (from the band YES) project. We are also working on an album that is entirely comprised of Eastern European and Arabic musical material…most of which are our own compositions. AND, we are doing an album that has the sonic texture of traditional folk music with an experimental edge as well as an album of our songs that have been being crafted for the last year or so. Not too much on the plate, eh??