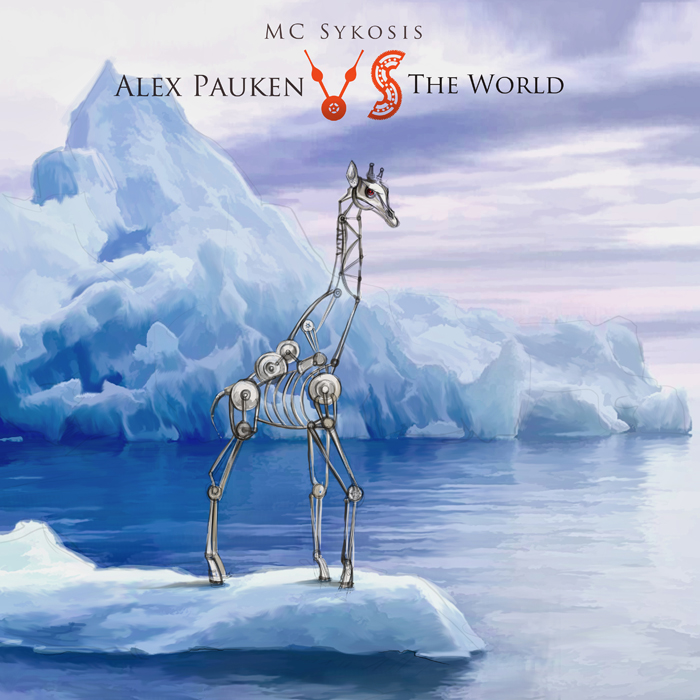 Today we have an exclusive interview with MC Sykosis. Welcome to Independent Music Promotions. I liked both your delivery and the production, which seems to cover a bunch of electronic and bass/hip hop genres. Tell us about your music and any new releases.

Thanks for the compliment! My music, in my opinion, has evolved immensely since I started rapping (or at least attempting to rap) almost five years ago. I started out as kind of a joke act, yanking instrumentals off the internet and dropping cheesy rhymes about hood life and other subject matter I had no business rapping about. It took me a really long time to find an identity and style that I thought suited me.

I guess I would describe my music as a blend of indie rap, nerdcore, electronic, and ambient. Ha I know that sounds pretentious, and it sounds that way because it kind of is. I’m just trying to do a lot of things at once. Whether I’m doing any of them well is up to the listener!

I’ve got a new album coming out, slated for release on February 28th, entitled, “Alex Pauken VS The World.” It’s completely self-produced, and a combination of tracks I made over about a year and a half period. It’s happy, it’s sad, it’s weird, it’s me. I’m losing it because I really hope people dig what I’m trying to do, or at least appreciate where I’m coming from!

What are your thoughts on the state of hip hop today?

Hip hop is a game that I can’t really fully comment on yet, as I still feel like I’m on the outside looking in. Trying to make a break in the game is tough, as I feel like hip hop is filled with big egos, and I’m completely lacking in that department. There’s a reason you don’t see a lot of super-famous nerdy white rappers out there.

The mainstream was frustrating me for a while, but I feel like there are a lot of more underground acts that are getting more and more attention as of late. You see a lot of indie/underground folks bitching about how trite and unoriginal the mainstream is, but I think they’re starting to give more alternative and weird stuff a chance. Take B.O.B. and Kid Cudi for example. It gives me a more positive outlook on the future of hip hop. And hey, even if the mainstream keeps churning out club hit after club hit, we still have tons of great underground stuff out there. It will keep sustaining itself as long as we keep listening and supporting the artists!

The internet. It’s as simple as that. The internet has made it so much easier to make a name for yourself. That isn’t to say you don’t have to put the work in, though. I think a combination of social networking (Facebook, Twitter, SoundCloud, ReverbNation, etc.) and actual networking with artists in my local area has worked best for me. It’s all about surrounding yourself with like-minded artists that you actually enjoy, so you’ll all be pushing each other to get better and keep moving up the ladder.

Like I mentioned earlier, I have a lot of respect for artists like Kid Cudi & B.O.B. for trying something different and actually seeing some success from it. Production-wise, I have to say my biggest inspirations are Kanye West, the RZA, Dan the Automator, and El-P. I also draw a lot of inspiration from alternative rock acts like Porcupine Tree, Autolux, and Silversun Pickups. I like things that sound different, and draw from many different genres.

I’m right there with you, guys. I’ve been there. I’ve played shows to no one, gotten no “Likes” on my Facebook statuses, all that. If you want to know the truth… I still find myself in that position pretty often! Especially in the hip hop game, you quickly learn that you aren’t the only one trying to make a name for yourself. As it turns out, everybody and their mother raps now. It’s easy to get your stuff out there, but also easy to get lost in the shuffle. The biggest thing is just to believe in what you do, and do it just differently and uniquely enough that people take notice. I can’t promise that will get you success, as I’m obviously still nowhere near that level, but I can promise it will help!

How can music fans keep tabs on MC Sykosis?

Check out my Bandcamp page: mcsykosis.bandcamp.com , throw me a “Like” on Facebook, follow @mcsykosis on Twitter, head over to reverbnation.com/mcsykosis… did I forget anything? Oh, yeah! You can pre-order my new album on my Bandcamp page, and it comes out on February 28th!

Peace, and thanks so much for the interview! It was great to be able to shoot the shit and pretend I know what I’m talking about! Keep doing what you do, and keep representing for the geeky underground!