Exclusive Interview With The Offset 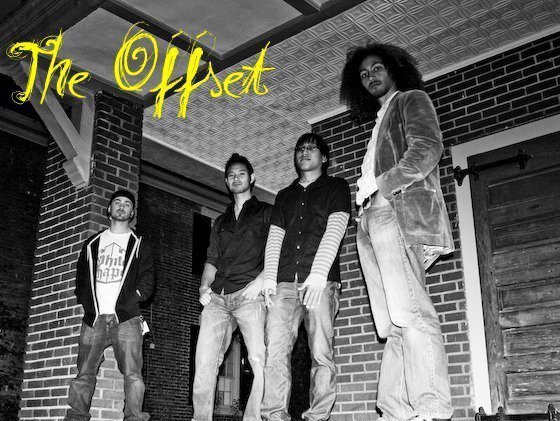 Alternative rock band The Offset are celebrating the release of their newly released self-titled EP, which has a classic 90’s alternative sound. Welcome to Independent Music Promotions, guys. Tell us about your brand new EP “The Offset” and how it came about. By the way, I loved the cover art.

Our new EP is really the product of a new beginning and a new sound that we’ve been working to achieve since sometime last year. We had a bit of a rough patch some time ago so this EP is a bit of hope shimmering at the end of the tunnel for us haha. And thanks! The artwork is TOO fantastic, it was done by a friend of ours by the name of Eli McMullin that goes to school down in Richmond VA at VCU. He’s really a dedicated and sick artist, if you need something done he’ll deliver without a doubt.

You guys have a classic, dirty alternative rock sound reminiscent of the early 90’s. Do you feel that this was the crest of a big wave for rock music?

Without a doubt. It’s no secret that the 80’s had some extremely uppity times with the hair metal and crazy electronic noises that came out of it, but the early 90’s was purely feeling and chilling with some partying in between. It really added some melancholy to the happiness that was the 80’s which honestly is great in a lot of ways.

Mostly word of mouth, sharing our music with folks, walking how we talk, handing out our demos where its honestly going to do some good, and being in the right places at the right time. It definitely has a lot to do with hard work and dedication and all that jazz as well. Especially when it comes to handing out flyers and social media. That stuff can take a TON of patience.

I think for the most part it’s a tie between Incubus and MuteMath. They both are out there doing what they love and are doing it in ways that only they can. They aren’t anywhere near the same type of music as what’s considered “pop” today but they’ve made something of themselves to the point they will always have a gig and be able to do what they love and that really hits home for us.

What’s next now that the album is out?

Well officially the album isn’t out until March 24th, however once it is, we will be writing a ton of new music that we’re already pretty stoked about and then it will be heavy gigging for the Summer and Fall seasons and getting ready to record a brand new album come hopefully sometime round next year.

How can music fans keep tabs on The Offset?

Easy, hit us up at www.facebook.com/theoffsetband and once its fully up and readywww.theoffsetmusic.com