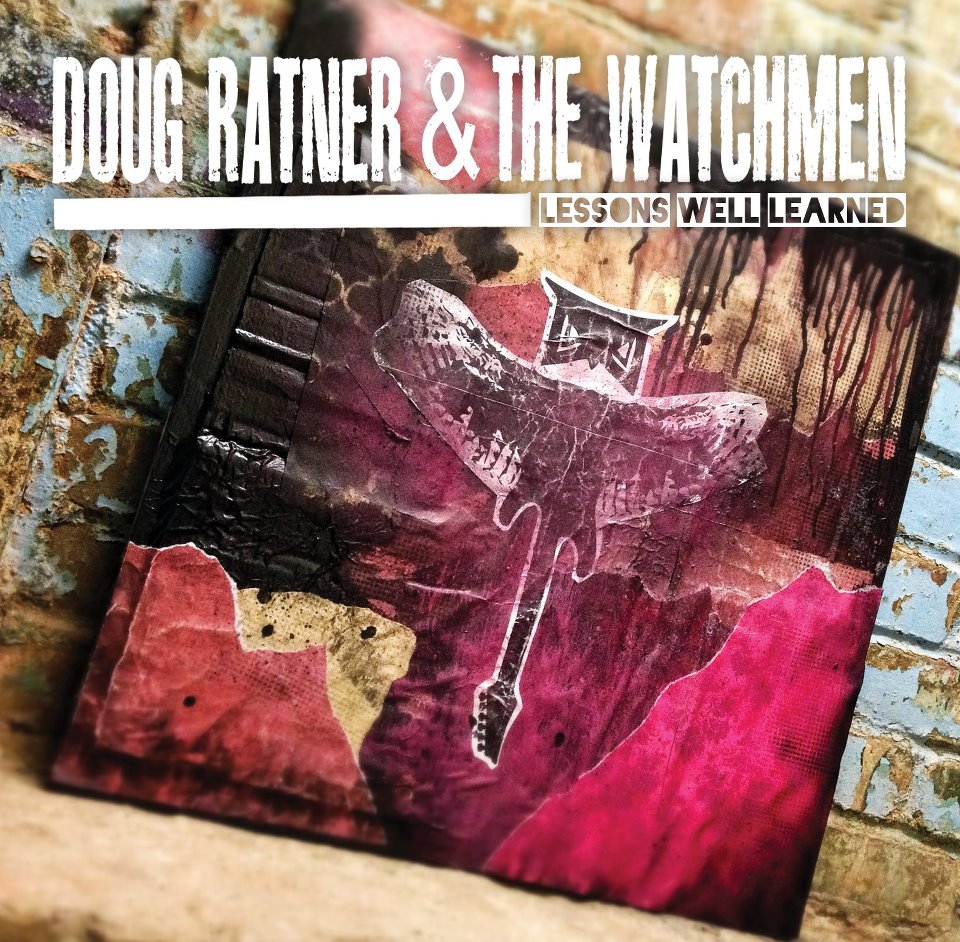 Today’s exclusive is with Doug Ratner and the Watchmen, who are some of the brave souls out there reviving rock n’ roll, and if their new EP is any indication, they’ll be a big part of the process.

Welcome to Independent Music Promotions, guys. After listening to your new EP “Lessons Well Learned”, I was very pleasantly surprised at the unbridled rock sound. I suppose I’ve gotten used to very watered down material being sent my way, and not many bands take on the rock mantle like you do. Congrats on that.

I’ll tell you what, I’m definitely growing tired of it! But let it be known that I’m never one to judge or belittle anybody else’s musical tastes. If it makes you happy than that’s a beautiful thing. But on the other end of the spectrum, it seems that the youth has no voice anymore. Bands like the Stones, The Who, all the way up to Pearl Jam and Nirvana represented a certain aspect of our society that so many people could relate to. That’s rock n’ roll. I’m just not hearing that in popular music these days, especially with modern rock and the hipster bands coming through.

You successfully used crowd funding to make your new EP happen. Do you attribute this to a supportive fanbase? What advice can you give to other bands looking into this idea?

Absolutely, we MIGHT not be having this interview without Kickstarter. I would say that when you’re reaching out to your fans, you have to be 100% sincere as to why you need their money. Let them see how passionate you are towards reaching your goal, and use a little humor. It helps to make people laugh, which seems to ease the awkward part of asking them for money.

Your cover of Pink Floyd’s “Money” is fantastic, and they’re a tough band to cover. What inspired you to pick that particular track?

That’s an interesting story actually. Because “Lessons Well Learned” is a concept EP that focuses on certain issues like bullying, technological dependance, depression, gender roles, etc. we needed another song that fit into that category. So I got a call one night from our producer telling us to do “Money” by Pink Floyd. It turns out his girlfriend suggested it, not only because it’s a killer song and we could punk it up, but because of the message. There wasn’t even a band discussion, it was just, “hey, Jackie thought of this, let’s do it”

What’s the state of rock in the United States? It’s almost non-existent here in Canada. Our mainstream acts here include Hedley, Michael Buble, Celine Dion, and the corporate rock revolution that includes Nickelback and Theory of a Deadman. As I write this I wonder if Canada perhaps has the most to answer for as far as terrible music. Our talented rock artists, such as The Tea Party, are only given minimal support and they usually find huge fanbases elsewhere.

The state of rock in the U.S. is virtually non-existent or sub-par. Of course, bands like PJ, Green Day, The Foo Fighters, etc. are still making great music and continue to sell out stadiums. But in terms of new, young artists who rock out in a similar style? Not much. To be honest, that’s one of my biggest goals; to revive rock n’ roll back into this world. It’s so bizarre that for 40-50 years rock n’ roll played a prominent role in shaping the culture of this world. It unified gender, race, sexual orientation, political stance, all into music and broke barriers left and right. I’m not seeing that happen anymore. There is so much wrong with our society that rock n’ roll needs to emerge once again as the voice to bring awareness to these issues. I can’t comment on Canada’s greatness or terribleness, because again, I’m not here to bash anyone or any artist! Because if it makes you happy than great!

Congrats on all your tour dates. Do you book your own dates or work with some for that? Any advice for musicians hoping to leave town?

Thanks! Yeah I book all of shows for the most part. Any advice? Don’t be an idiot, don’t drink your ass off, and get as much sleep as possible. GNR may have been able to pull it off, but they’re GNR and we’re all just mortals. Also, take every show seriously, regardless of how many people are there. We played a show in Dover, NH for the first time this past August, and there was hardly anyone there. But we hit the stage, tore it up, and went pretty wild. Needless to say, the next time we came back ourfan base tripled and a guy from Unregular Radio in Boston was there and eventually asked us on his show.

What’s next for the band? Any new videos, albums, or projects?

We’d like to do a national tour, or even tour in Europe. We’re just going to keep promoting this new EP, especially “Bomb in the Backseat” because the message is strong enough to reach a lot of people. And it’s a real rocker. I have pretty grand aspirations for this band and the music.

Like I said, rock n’ roll needs to be revived back into this world. Our world needs it and it needs it soon. I’d like to be one of the torch bearers for this goal, and if we play to 30,000 in stadiums on a consistent basis, what could be bad?