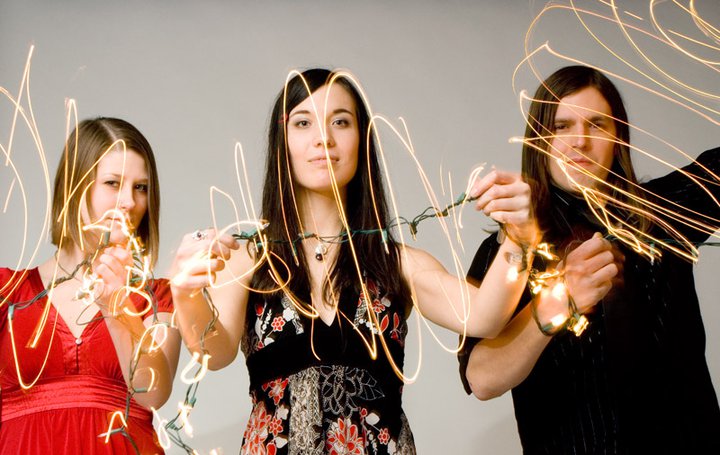 Fly Paper are a classic-sounding, blues-driven alternative rock band with strong grooves and soulful vocals. I enjoyed their album enough to make room for it on my already full iPod! Currently promoting their self-titled release and relentlessly performing live, they took the time to bring me up to speed with their latest.

Welcome to Independent Music Promotions, Fly Paper. I really enjoyed your self-titled release. The sound was a smooth mix of alternative, blues, funk and rock n’ roll and the title track was incessantly addictive. How did the album come about and what can you share with us about the release?

Micaela Kingslight: Thank you for the compliments. The album came about after planning a tour last summer, and having our tour kickoff show accidentally announced as a CD release party. We had already started working on the album, but weren’t completely sure it would be done before the tour kickoff show. So we decided to work literally night and day,for weeks, to get the album done. It took about two and a half months start to finish. We tracked most of the basic tracks in Joe’ s studio, and then had the songs mixed by Martin Klemm at Kalamazoo Recording Company in Kalamazoo and mastered at Blackler Mastering in New York. We handled the graphic design and funded most of the CD with the help of our fans and friends through kickstarter.com

Joe Chamberlin: As far as the music itself, I think people can expect to hear a collection of songs that are great for a road trip, playing air guitar, or even just relaxing and taking some time out from the world. My hope is that it will get people excited to come out to a show and see the band live,and vice versa people who have seen the band live will find listening to the CD a great way to revisit a lot of songs from our current live sets.

Micaela, you have a very unique singing voice, and I think it’s brilliant. Did it take years to develop your own “singers accent” and get the result you wanted, or is that just how it comes out when you’re inspired?

Micaela: A little of both. Singing is very easy for me most of the time. When I was in utero my parents were performing opera singers, and I think that’s one reason singing is so natural to me. My father would sing the major scale to me as a child at bedtime, and sometimes leave a note or two out, so that I could sing the missing pieces back to him. Singing has been a part of my life ever since. I have always admired female singers with a lower range and bluesy, soulful tone,especially Fiona Apple. So, between my parents,my influences and singing for a few years now in rock bands and as a solo artist, I have developed my own sound. At the same time, connecting with the audience in the moment at a show can really add to my performance. At times the audience’s energy inspires me to create or embellish in ways I may not without them. 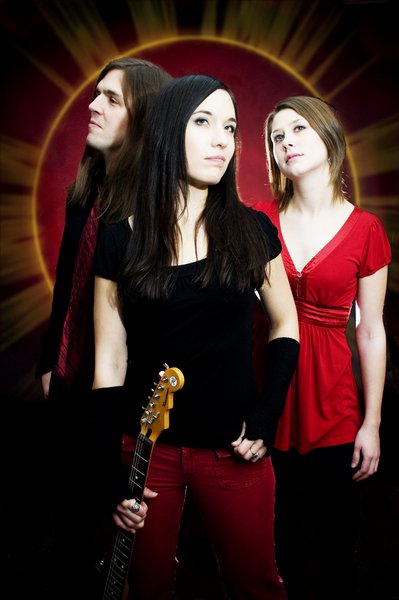 Micaela: It seems like word of mouth is working well for us. If a friend tells a friend,and they tell a friend that your show or CD was great. Then there are likely to be more people at the next show in the area. So being in tune, being on time, and putting on a great show are very important.

Joe: I think Facebook is a great medium to network and build a fan base. We have a lot of Facebook “friends” that respond to our show invites and come out to the shows. I agree with Micaela too. When you are starting out as band, and funds are limited, word of mouth is your best tool to get your band out there.

Micaela: Joni Mitchell, Fiona Apple, Billie Holiday are long time favorites of mine. I also really enjoy Adele and KT Tunstall as far as  singers go.  Jimi Hendrix is my biggest inspiration for picking up the guitar. Jimmy Page, Eric Clapton, and David Gilmore are all major influences on my playing as well. Growing up in a family full of musicians and music was a huge influence too.

Joe: I have been playing music since I was in elementary school. My parents were always encouraging me to play music. Not rock music per say, but their encouragement helped me to stay involved with one instrument or another until I found the guitar right before high school. Being a bass player is still fairly new to me, but I really find inspiration in listening to Flea from the Red Hot Chili Peppers, John Paul Jones from Led Zeppelin, and Billy Cox from Jimi Hendrix’s band. Jimi Hendrix has been a major influence on my song writing and approach to guitar and music in general.

Ashley Ickes: My earliest influences were my dad and my sister. My dad started drumming later in life, so we had a drum kit in the basement from the time I was about 7 or 8. My older sister started percussion in elementary school band because of it, and I wanted to be just like them. Once I gained an understanding respect of drumming, my influences were the likes of classic rock drummers, e.g. John Bonham, Mitch Mitchell, Ginger Baker, etc. Later in my studies I learned about their influences, the drummers of the jazz era, and gained inspiration from Max Roach, Philly Joe Jones, Tony Williams, etc.

Micaela: The Black Keys have been one of my favorite bands lately. Their new album sounds amazing. They play with a lot of energy and soul. I also really enjoy Adele. She has a powerful voice, songs with strong lyrics, and doesn’t fit the typical almost unattainable physical model of today’s female pop star.

Ashley: James Blake is a UK electronic artist/DJ who has been quickly gaining the respect of many music critics. His minimal musical style and soulful approach to his compositions is the epitome of a true artist to me. He carefully and delicately chooses his notes and phrases in such a  way that the product is always a unique personal musical experience.

Micaela: Being able to download music directly from a band from almost anywhere in the world is a great thing for musicians. Never before has music been so accessible to a global audience. There are a lot of bands that allow the recording of live shows too, and so file sharing services are a great way for fans to trade recordings and share shows of bands they love with other people.

Ashley: These days it is nearly impossible to put out an album without it getting leaked onto the Internet somehow. It is a shame that fans do not understand how much money and hard work it takes for a band to rehearse, haul equipment, perform, and record a CD, among many other necessary tasks. I love what I do, but it is still a job. At the same time, I think artists should share some of their music at no cost. It gives fans more incentive to financially support a group when they are willing to share it first.

Micaela: Compromise can keep the band together. Try to make music with friends, or become friends with the people you play music with. Love the music you are playing, and have patience, because sometimes things take time to come together.

Ashley: I have always told myself that, as a musician, there are going to be a thousand people who play better than you and a thousand people who play worse than you. All you can do is play what is true to you; never put on a front. And someone is always listening. You never know who might be in the crowd, so give of your whole genuine self in every performance. People love to see musicians be themselves in their element, so make every performance mean something.

You’re playing a lot of shows currently. How’s that going? Any plans for full-scale tours or to hit the festivals?

Joe: The shows are going great. We seem to be playing almost every day the band is available at the moment. We are in the process of planning a national tour for this summer. The tour includes the Hoodilidoo Festival in Grand Junction, Michigan and the Wild Mountain Faire in Conkow,CA so far. FlyPaper would love to be involved in more music festivals. We all feel that music festivals would be a great place to play our songs for people.

Joe: We are planning a live DVD/CD . It will feature some songs from our CD, as well as, a couple of new songs, and perhaps a surprise or two as well. The plan is to have it out in time for this summer‘s national tour. The tour kicks off June 8th in Kalamazoo,MI. Fly Paper will be on the road for about 6 weeks this summer. The shows take the band from Kalamazoo to Seattle to Los Angeles, and back again. This fall, the band plans to start recording a follow up to our debut CD. We hope to have the next album out in early 2013.

How can music fans keep tabs on Fly Paper?

Take a listen to the album’s title track “Fly Paper”, which stayed in my head for at least a few days. Be warned.