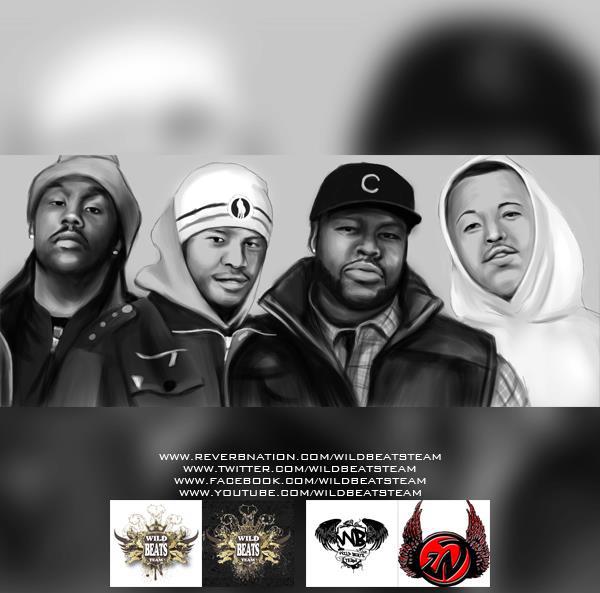 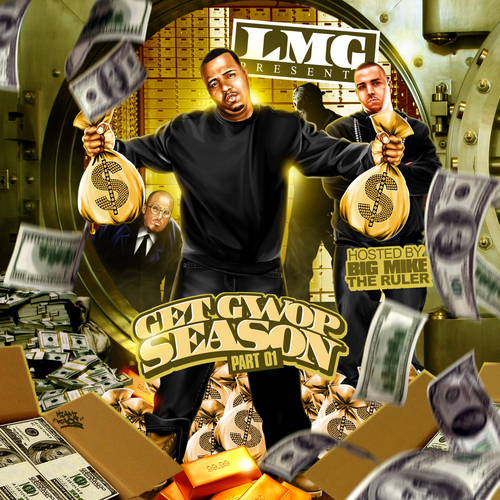 Gwop’s “Get Gwop: Season 1” is aggressive and full of swagger; the sound of a rapper who is hungry and ready for serious progress. Highlights include the threatening/accusatory “Let Them Do It” and the slow-burning, Rick Ross-inspired “Something’s Gotta Give”, both produced by Wild Beats, and both with distinctly bass heavy rhythms. “We Got It” ups the ante and the pace, and it’s possibly the mixtapes highlight – Gwop sounds amped and vital, while Alliah Lauren’s chorus vocals elevate the track. A definite single. 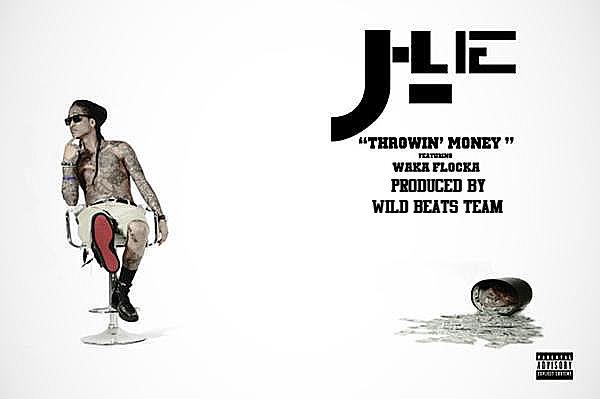 J – Lie and Waka Flocka‘s new track “Throwin’ Money” is in your face like the scream rap drawl of Death Grips or the gruff bark rap of renowned rapper DMX for the chorus repeat “I’m throwin’ money. That’s why they hatin’ on me!”. The verses are smooth flow all the way with stellar production to back everything up. Both artists shine, and there are dynamics and isolation here in the execution of the beat. “Throwin’ Money” has the sound of an instant hip hop classic, and it’s no wonder. If you visit J.Lie or Waka Flocka’s websites it’s clear that they have a ton of hype surrounding them.

Welcome to Independent Music Promotions. Please tell us about Wild Beats Team and how you got involved with music production?

In 2003-2004 WBT was established with two Southside of Chicago beat makers that had dreams of grandeur and have not stopped grinding since. Chris P’s interest in the music game began when he attended William J. Bogan Computer Technical High School. He always felt that whatever he saw someone else do, he could buy the equipment and learn to do it too and he did. From learning to play the guitar to enhance his sound to recording and producing music videos for his team and others, he taught himself. He later hooked up with Mikol Cain who coincidentally has known the fourth member of the team, whom we will talk about later, for over ten years.

Tell us about some of your new releases.

Our newest release is a track featuring J. Lie and Wake Flocka titled “Throwin’ Money”. This track its definitely a club banger. Upbeat tempo with lyrics to match. This is a great summertime joint.

For WBT we’ve found they word of mouth and social networking sites have worked great for promotion. Our fan base grows more each day from our interaction with the public in sites like Twitter and Facebook.

In music today we admire all those no name artists whose grind never stops. They continue to work for their success regardless as to the obstacles in their way.

I believe hip hop is thriving and evolving every day. It is pulling all of the old elements and incorporating them with new and fresh ideas creating an image of hip hop that has been long forgotten.

How can music fans keep tabs on Wild Beats Team?