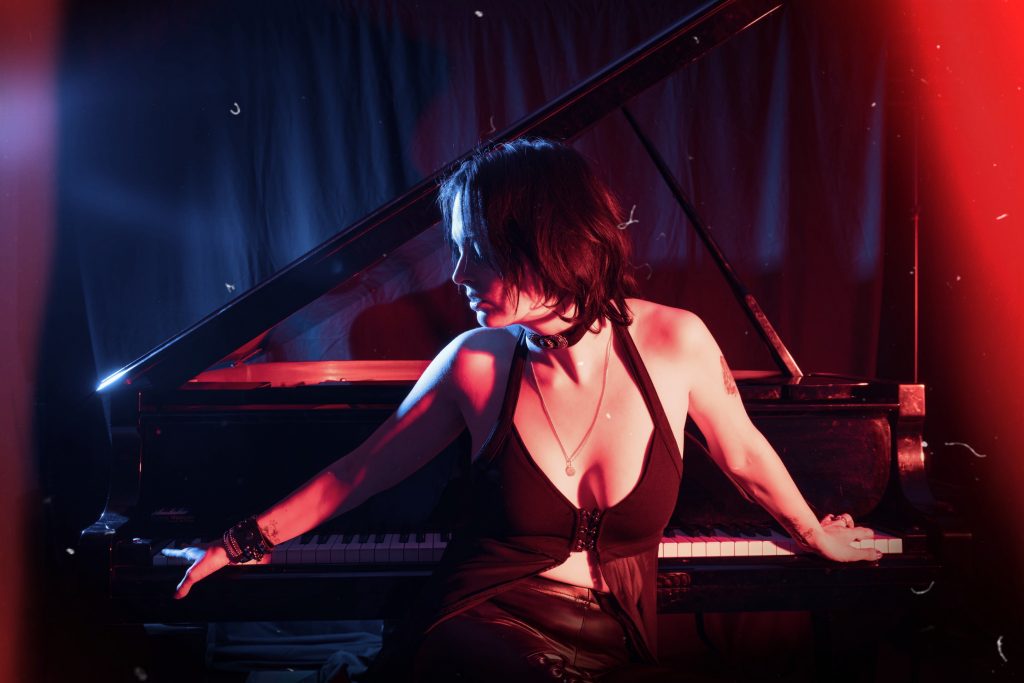 Gothic Pop Singer Songwriter Venus Blake leans into the dark spaces of the human psyche on compelling, authoritative new album “The Other Side of Midnight”, out now on streaming platforms. Filled with outsider anthems and tales of isolation, chaos, addiction and lost love, this album is fueled by Venus Blake‘s fiery lyricism and powerhouse vocals. Venus is a multi-instrumentalist, handling piano and guitar duties on this release, which also features bass and production by Lex Mars.

About the album:
Venus Blake’s debut album ‘’The Other Side of Midnight’’ is an intimate look into the heart of the modern day Outsider, capturing the alienation, melancholy, solitude and angst of the artist, living in a world gone mad, and facing their demons with a devil on one shoulder, the muses on the other. Love, loss, heartbreak, melancholy, alienation, addiction, isolation but also hope, ecstasy, the devotion to beauty and the hidden magic of life come together to make a harrowingly honest and intimate look into the darkest corners of the soul. Venus Blake’s intense vocals, expressive mastery of the piano, and dark lyrics front and center on this voyage through the Other Side of Midnight. Notable for its dark cinematic quality and its exploration of themes of tragic romance, sadness, drama, poetry, glamour and melancholia. 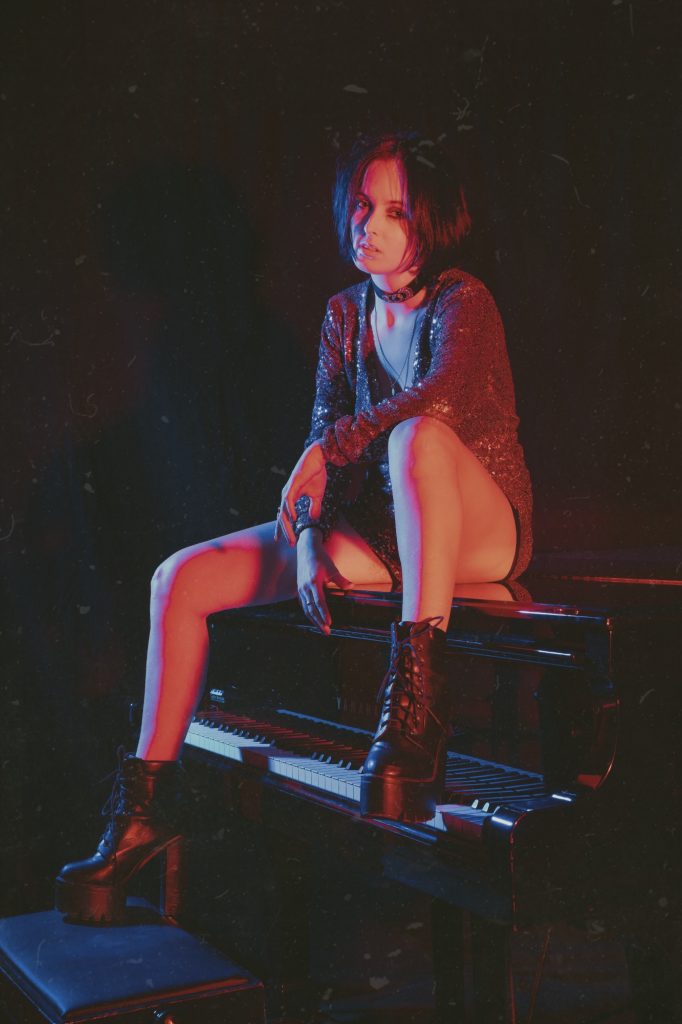 Written after Midnight, recorded in a bohemian attic lost out in the Italian countryside, ‘’The Other Side of Midnight’’ harks back to the golden age of singer-songwriters of the 70s (Carole King, Elton John, Billy Joel, Phil Collins) and of the 90s (Tori Amos, Sarah McLachlan, Fiona Apple). The haunting, minimalist productions create a haunting atmosphere, while Venus Blake combines her piano magic with powerhouse vocals and a gift for capturing the essence of emotion in her words and music.

As Venus says ‘’Singer-songwriters are like modern day troubadours, wandering around the world, and writing our songs about the highs and lows of the human condition, we’re like the chroniclers of humanity, recording our own deepest experiences, thoughts and emotions and crystallizing moments and feelings into four minute songs.”

Ordo ab chao, beauty out of darkness, is Venus Blake’s artistic philosophy, and her debut album ‘’The Other Side of Midnight’’ while dark, dramatic and brooding, gives us the strength to rise above it all, as it deeply touches the heart, and tears through the highs and lows of what it means to be human.

“Not all who wander are lost. But some are, walking along thorny paths in the middle of nowhere, wandering from place to place, time to time, strangers to whatever surroundings they find themselves in. Nostalgic for a time and place that we never even knew. Eternal wanderers, through the torturous mazes of our lives.’’ (From ‘’The Wanderlust Interlude’’) 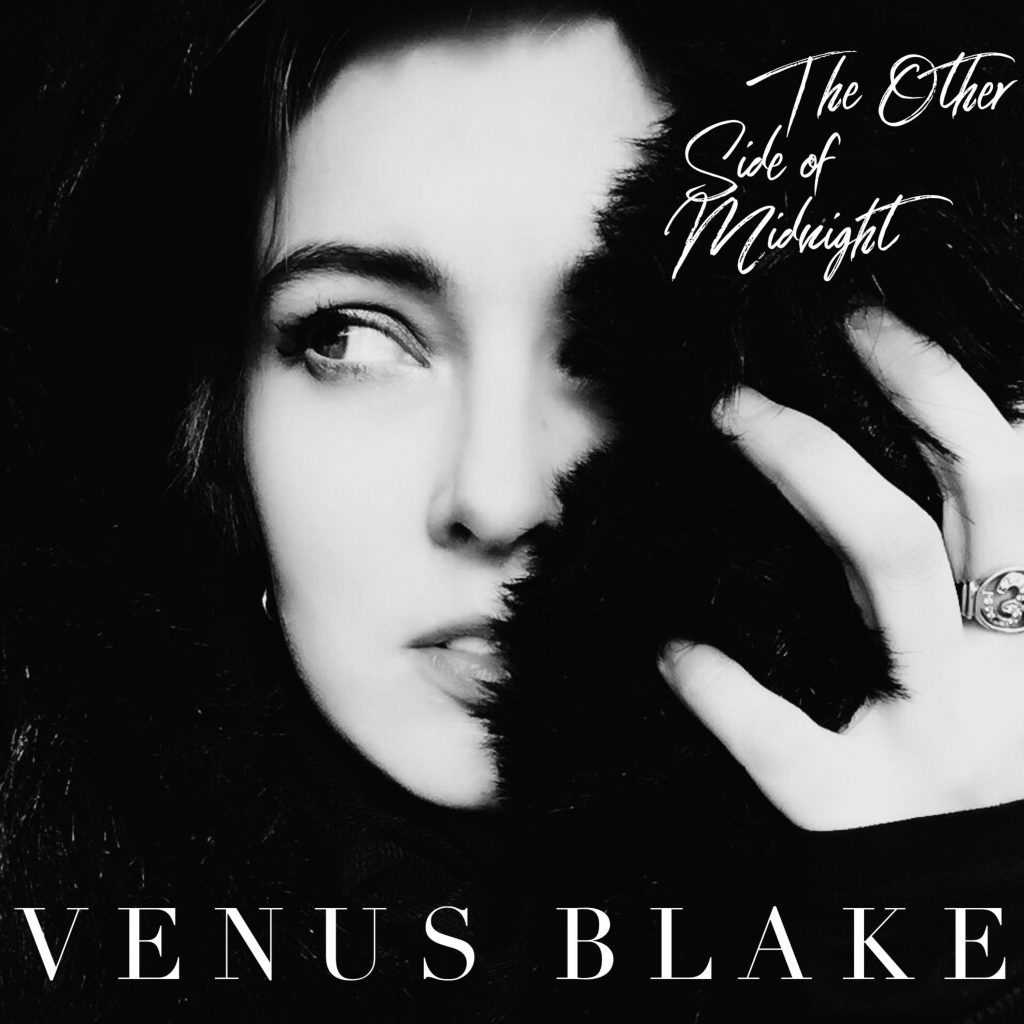 Stream “The Other Side of Midnight”:
Spotify