“Has Your Music Been Featured In The New York Times?” An Exposé on Beatwire.com and Rapping Duck 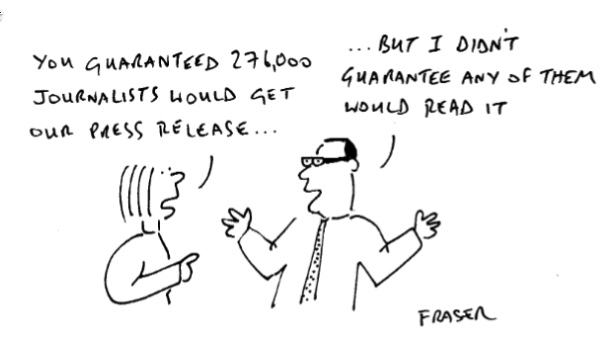 UPDATE: Likely in response to this article, Beatwire.com is no more. Sneaky, sneaky, though…as is often the way, they have redirected visitors of Beatwire.com to their new platform, which appears to be the exact same scam under the name Rapping Duck. Musicians should avoid rappingduck.com.

“Has Your Music Been Featured In The New York Times?” That’s quite a question! When I saw the advertisement headline recently I was tempted to click on it myself it looked so enticing.

This is a bit of a dangerous article, but after seeing that the advertisements for these types of companies are still all over the place targeting hopeful musicians, and knowing the disappointment left in their wake, I had to say something. It is in no way intended to insult anyone. It is only meant to tell the truth, so you can take that for what it’s worth.

Independent musicians are one of the most preyed upon groups of people in the business world. This is a fact. The music industry is a strange place, and one that almost anyone can weave their way into. This in itself is not a problem at all, provided that everyone does their own due diligence, making sure that they deliver functional services and make good on their promises.

This advice is coming from years of testing companies out as research for my books and many dollars wasted in the process. That being said, it is coming from my own experience and nothing more. However, since I never work with demo-quality artists and I do music promotion for a living, seeking out only the strongest bands and solo artists, I believe that my testing of these services was about the most legitimate you can get.

I can conclusively suggest indie bands stay away from automated services (as a general rule. There may well be new ones that are effective), whether they be “music submission” ones such as Musicsubmit.com, or news delivery/music submission services such as Beatwire.com.

Beatwire.com’s advertising headline is very misleading, as much of industry advertising is. “Has your music been featured in the New York Times? Beatwire will deliver your press release directly to the desktops of over 10,000 music editors at daily newspapers, magazines, news agencies, top websites, radio stations – every place you need to be promoted.” 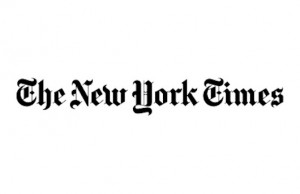 I know it’s a part of sales, but I always take issue when these kinds of carrots are dangled in front of musicians. I can’t imagine the hordes of artists who answer this ad while dreaming big, putting their last few hundred dollars towards press release distribution. Most musicians desire success, and the companies who know this take serious advantage of that fact, saying “Send your press release to us and we’ll get you on the desks of major editors”. It’s misleading, and we’d all be better off if what was being sold was described without unrealistic fanaticism.

Now the first issue is this. A company who will take on ANYONE is destined to lose the attention of their mailing list extremely quickly, resulting in more and more blocked messages, and then most of them ending up ultimately in the junk folder. There needs to be a curator or a taste maker of some sort, a real person, or else it’s just spam.

In fact, I myself was added to Beatwire’s “newswire mailing list”. How did I find this out? Not through a personal message of any kind, or from anyone asking my permission/if I’d like to consider their artists. I just started getting junk mail. Guess what happened? They got blacklisted pretty quickly, and that’s what anyone else would do.

My test of Beatwire was in May 2012, for an excellent indie/alternative band’s new album and award nomination. The fee was $149.95. I was already sending out personal messages to my full media list, so I decided to try Beatwire out as a tester to see if I should reccommend them in my next book to artists. The results? Out of 10,000 editors, major publications, Entertainment Weekly, TIME, and the New York Times, nothing. No replies. No articles. No online blog posts. Just $149.95 gone.

“So what if the band just wasn’t good enough, James?”

That’s a fair question. That same band has gotten over 200 reviews, interviews, and press pieces in the past 8 months, been played on MTV and toured multiple countries. They’ve received major licensing deals and have so much going on at the moment that their heads are spinning.

All it takes is a bit of effort and personalization, folks. No one likes a forwarded press release from an automated service. If you wanted to, you could send your own album to Entertainment Weekly (who by the way, do not cover independent artists). You could send it straight to the junk folder and call it a submission if it made you feel better.

This would be a somewhat more engaged and different scenario if there was some sort of quality control on the part of the company, although they still would most likely be looked at as a press release machine by most editorial departments, who as far as I’m aware usually prefer to talk to real people.

I know this piece will most likely be a small counterbalance, but I think it’s been a long time coming and if it helps even one artist avoid this major pitfall on their path, it will have been worth it. Save your money and don’t take the easy way out. Promote yourself personally. Work with people. Talk to people. There are no short cuts, unfortunately, but each step of the way can be fun if you pay attention closely.

Important note: This article is written merely to reveal the straight truth about a recent test I performed. You may have had a different experience, but I do doubt that.

4 Replies to ““Has Your Music Been Featured In The New York Times?” An Exposé on Beatwire.com and Rapping Duck”

Hello there! This blog post could not be written much better!
Looking through this article reminds me of my previous roommate!
He continually kept talking about this. I’ll forward this article to him. Fairly certain he will have a great read. Many thanks for sharing!

“Has Your Music Been Featured In The New York Times?” An Exposé on Beatwire.com | Independent Music Promotions | Stan Stewart's Blog
November 9th 2012, 4:44 pm