2012 has been quite the year for Independent Music Promotions, and we’re happy to announce the following news from our artist roster. Here are the latest updates:

Australian alternative/indie rock quartet Monks of Mellonwah just won the “Best International Rock Artist” award after a show-stopping performance at the 2012 Los Angeles Music Awards November 15 at the Whiskey A Go-Go. They don’t get too much time to celebrate the occasion, though, as they’re rushing to the studio with famed producer Keith Olsen (Ozzy Osbourne, The Grateful Dead) to record some tracks for their upcoming 2013 full-length. They’re also playing a host of U.S dates supporting their 2012 release “Neurogenesis”, which has received a lot of positive attention for the guys.

The official tour announcement and brief new album teaser is below: 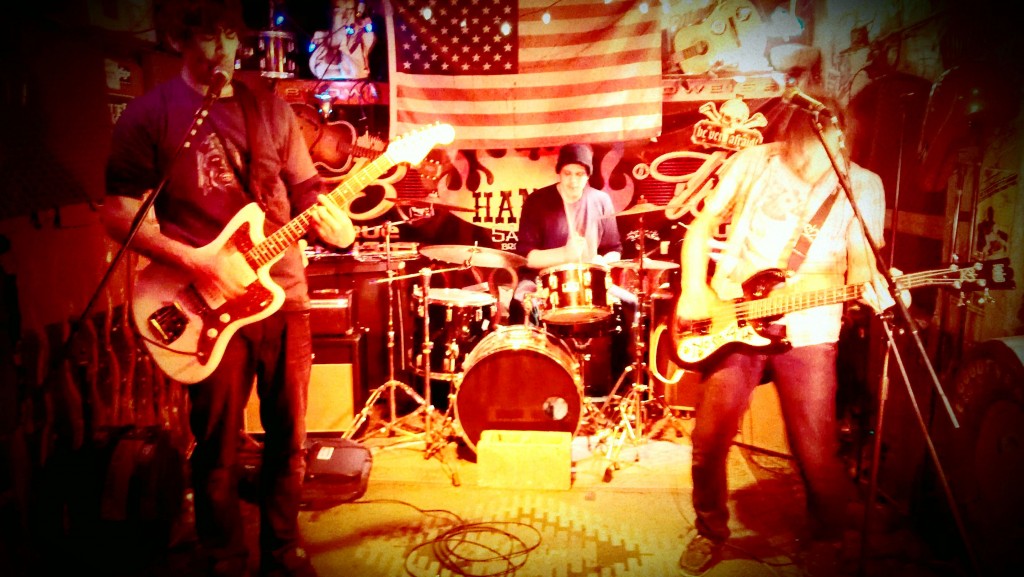 New York noise rock trio EndAnd continue their word-of-mouth blitz and rapid rise, now fresh from CMJ, having headlined the “Noise Rock” stage, and also putting the final mastering touches on their brand new full-length release “Mechanics and Energetics of Stilt-Running”, which the band has hinted will be much more aggressive than their debut “Adventures of Fi in Space”. “Adventures” became somewhat of an underground juggernaut over the Summer, earning top reviews in dozens of taste-maker publications, led by the furious charge of “Commando”, which is below for your viewing pleasure. Expect EndAnd to tour with the mighty Generator Ohm in support of the new release. Download “Adventures of Fi in Space” to wet your beak in the meantime here. 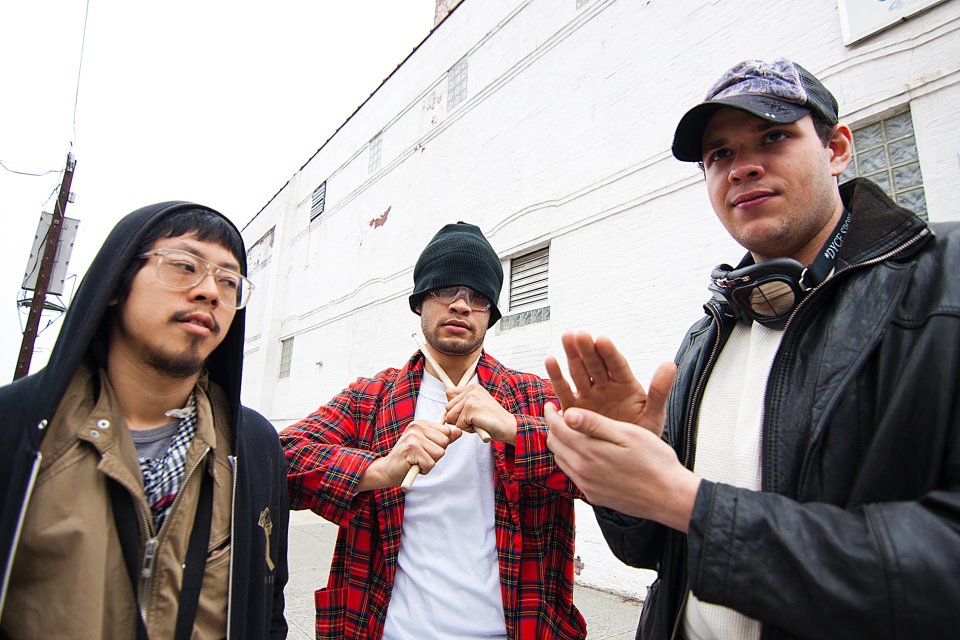 Brooklyn post-rock/hard rock masters Generator Ohm (you can call them “The OHM” if you like) recently earned nods from influential publications Punknews.org and the Ripple Effect for their stellar release “Upon the Me Om I”, and the band have been busy following up the album’s success with multiple festival spots, live shows, and now a new EP planned for late 2012. If that weren’t enough, the brand new music video for “Youth in Arms”, one of the album’s most affecting tracks, is out. Watch below. 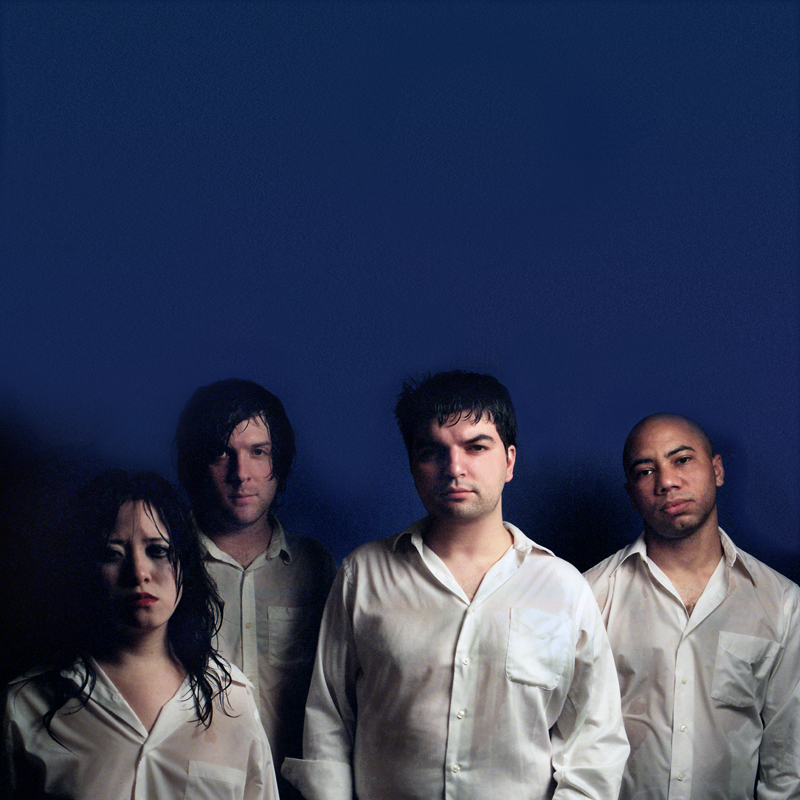 Brooklyn psychedelic rock outfit and I.M.P favourite The Barrens received top reviews for their self-titled full-length debut this year, and have been going from strength to strength in their local scene, recently scoring a piece in The Deli Magazine and prepping for significant shows in famous venues The Bowery Electric (Nov 30 with Generator Ohm) and Arlene’s Grocery (Nov 21 with ZZZ’s). The Deli calls their album a “timeless, yet cohesive effort.” The sooner we hear new material from this fantastic group, the better. In the meantime, check out their album below. 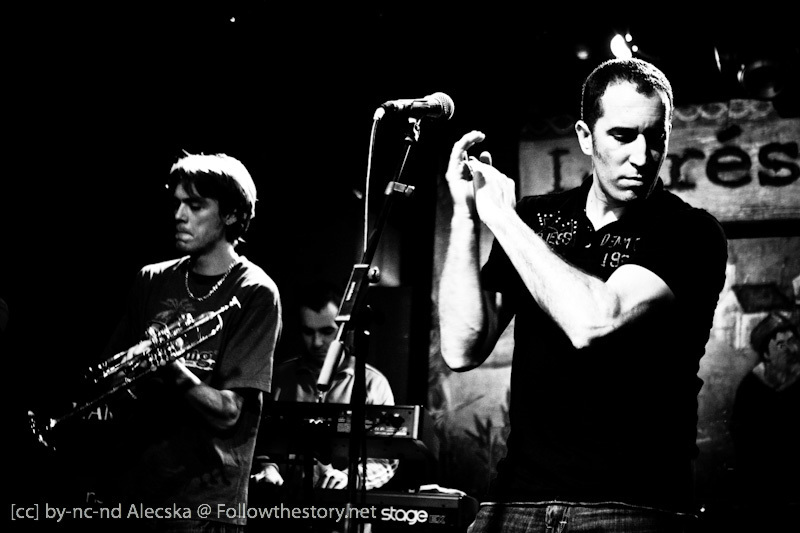 Our favourite funked up and socially conscious reggae group Drunksouls went worldwide with their viral “Human Race” music video, reaching millions of viewers on television and now over 600,000 Youtube views. Their lucrative collaboration with Sebastien Montaz-Rosset and the Skyliners played a huge role in this success, but the main ingredient was a song with lyrics that were truly universal. Drunksouls are currently planning a new music video for “Africa”, and also working on some very ambitious plans to bring their revolutionary sound to the U.S.A in 2013. Their latest release “Revolution” found them featured in a host of online publications including the Burning Ear and WHOA Magazine. Check out “Human Race” below. 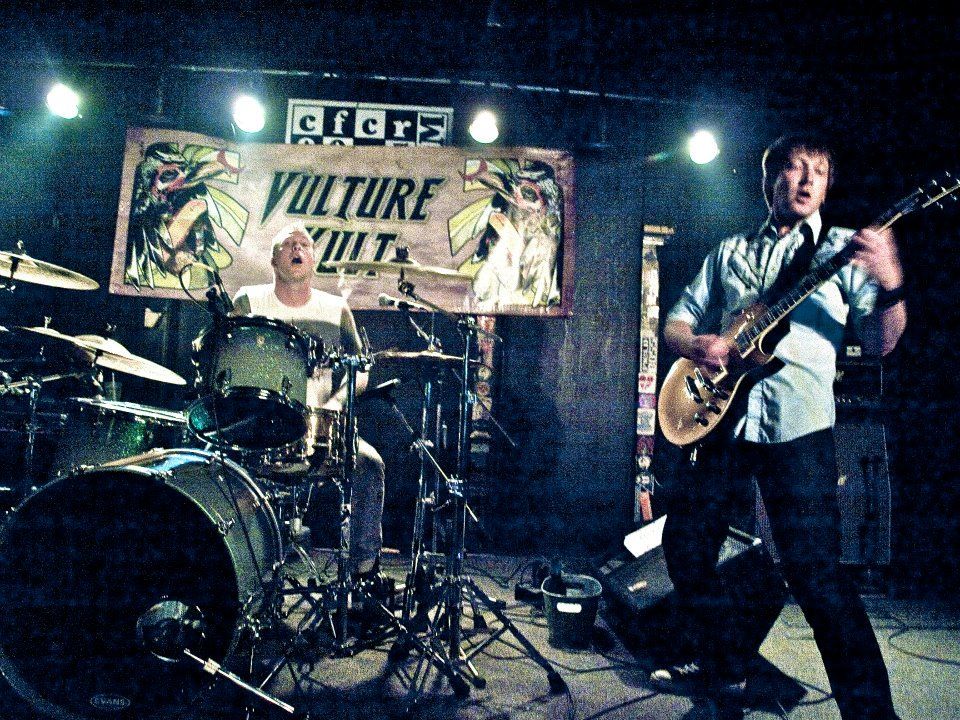 Straight out of the Canadian prairies comes a powder keg of attitude, volume, and reckless abandon – exactly what we like to see. Vulture Kult completely pummel you sonically, and yet they’re such likeable guys…with the same fun attitude of, say, Motorhead or Beastie Boys, VK are at the same time on a serious mission to be a part of real rock’s survival. They’ve relentlessly toured Canada and have been receiving top reviews worldwide for their latest release “Don’t Let Rock N’ Roll Ruin Your Life”. Currently they are busy preparing material for a new album, as well as planning a music video.

Listen to “Electric Medication” below. 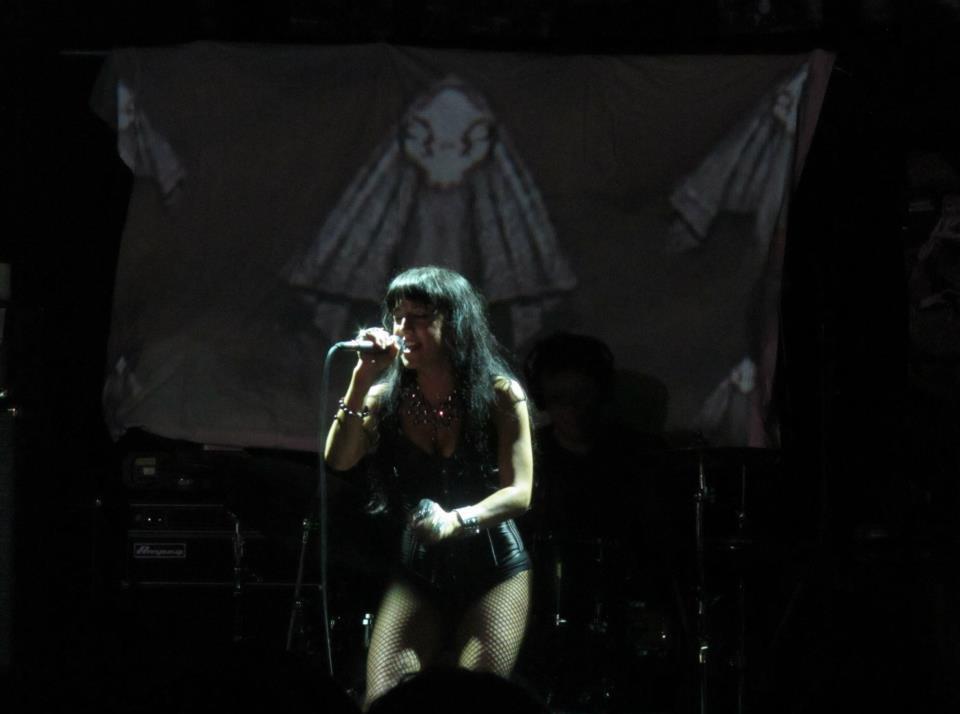 New York progressive rock/metal artist Vajra teamed up with some big names to make her 2012 release “Pleroma” come to life, from Tool “Undertow” engineer Sylvia Massey to former Mars Volta drummer Blake Flemming. The response to her melodic music and emotive vocals has been excellent, finding her playing many festivals and top venues such as The Bowery Ballroom and the Roxy Theatre, as well as securing endless licensing deals and positive press. Project creator Annamaria Pinna is planning a major year in 2013, starting off with a music video for “Inside the Flame”, the most acclaimed track on “Pleroma”. Listen to the track below. 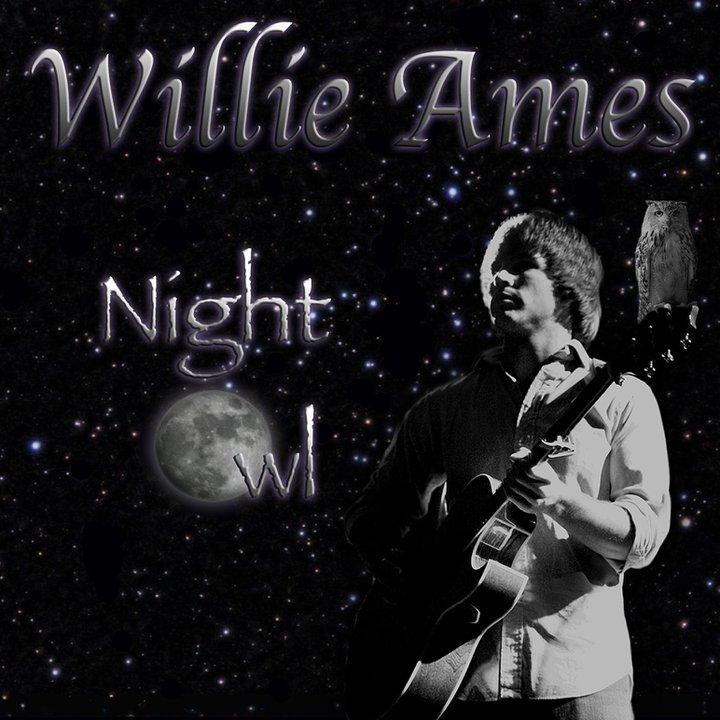 California native and profound lyricist Willie Ames has made a name for himself with his unique folk/acoustic songwriting and his relentless touring, having toured all 50 states as well as self-distributing over 35,000 copies of his critically acclaimed CD “Night Owl” direct to the hands of fans. As if that weren’t enough, he’s at it again, having completed a host of U.S dates over the Fall, and now heading to Australia to play the popular Scorcher Fest in both Brisbane and Adelaide on Nov 18 and 25, respectively. He’s also nominated for the Artists in Music Awards, happening in Hollywood on December 2nd. Full tour dates and news are at www.willieames.com. 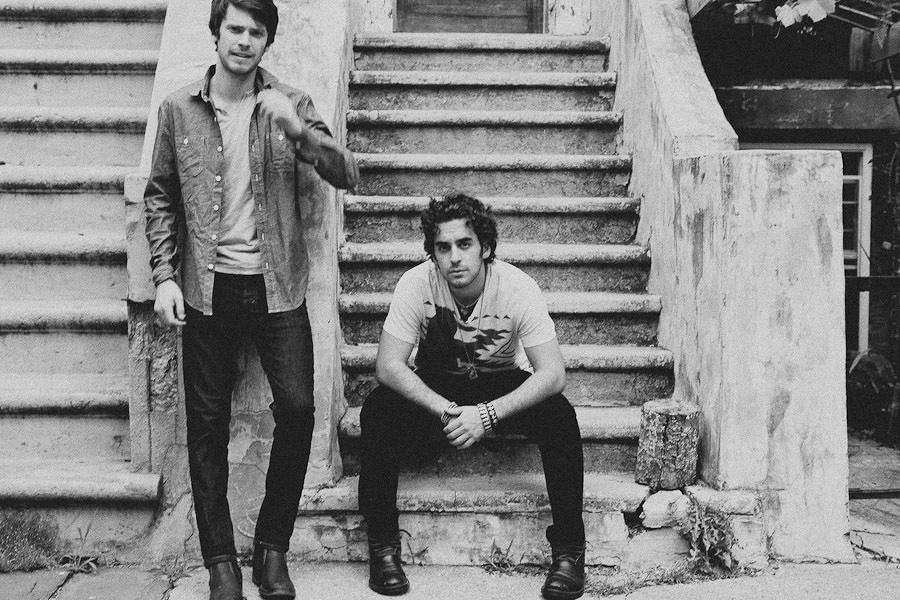 We’re also very excited to be working with New York rock group Arc and Stones for their upcoming self-titled EP, due February 12th. The grooves are blues and alternative rock driven and the vocals are far from the typical simplistic fare, with a range at times verging on classic r&b/soul territory; the band’s heart shines through the release. If you like Gary Clark Jr, you’ll love Arc and Stones. Take a preview below to get a feel for what’s coming. 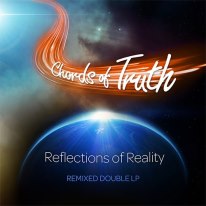 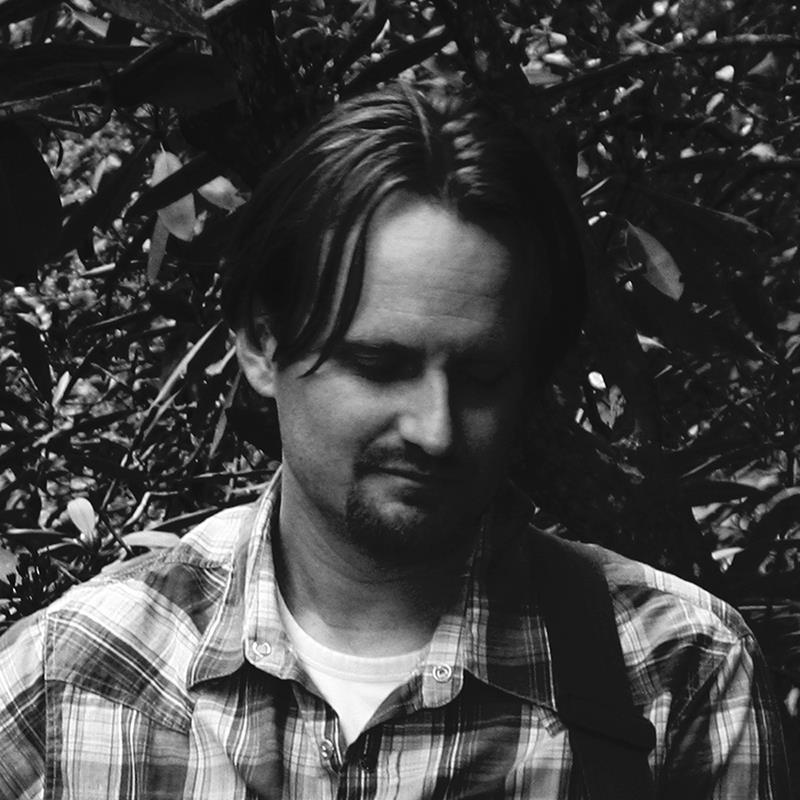 Well, things change. Ever since realizing that his evolutionary and deeply self-inquiring lyrics were affecting people in the electronic music communities, Jason decided to embrace this on a level most wouldn’t attempt. He officially launched the “Chords of Truth Remixed” project, a massive undertaking that eventually found him working with 14 underground producers to create an official double album as well as 8 remix EP’s spanning a multitude of genres settling under the moniker “folktronica”. From the original 7 folk songs, there are now a staggering 57 remixes/interpretations.

Reflections of Reality (Remixed Double LP) is due for release March 12, 2013. Listen to the clip below and be blown away. 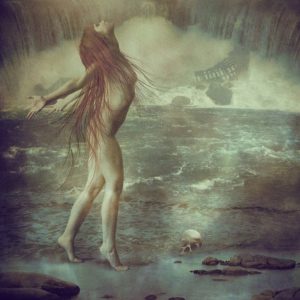 Enjoy your rock and metal with some actual meaning? So we do, and that’s why we’re excited to be working with California progressive rock/metal group Scarlet Hollow on their brand new release “What If Never Was”. With a tasteful balance between the beautiful and the punishing, Scarlet Hollow contains elements of Opeth, Faith No More, Dead Can Dance, Porcupine Tree, and Katatonia, telling emotionally charged stories over strong grooves.

Preview the album below:

Lately, I didnt give lots of thought to leaving responses on blog page posts and have placed feedback even less. Reading by means of your pleasant post, will help me to do so sometimes.

What’s up, constantly i used to check web site posts here early in the daylight, since i like to learn more and more.
louis vuitton outlet online http://louisvuittonoutletonlines.overblog.com