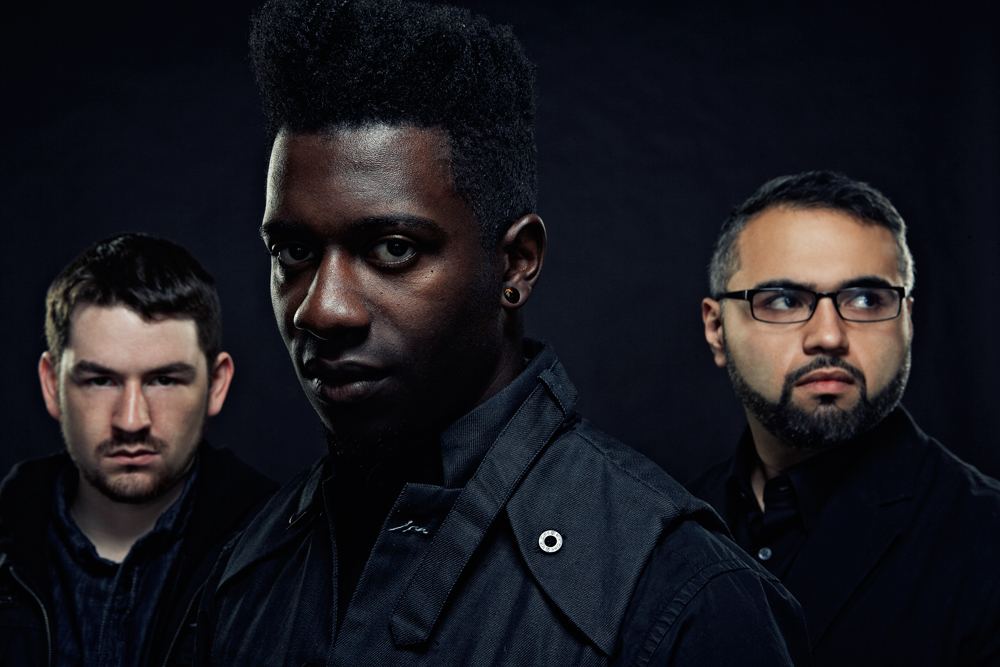 Welcome to my new “Innovation in Music” series, the first guest being an artist who truly deserves the respect they’re receiving worldwide; Animals As Leaders. This series was inspired by what I feel is essential to any truly great art; complete originality. Often I come across artists who want to be coached, artists who try to achieve a certain sound in order to fit into their genre or local scene, and artists who strive to imitate their idols, sounding watered down in the process. So I decided to pick the brains of some artists who I feel are following their hearts and forging their own paths, and as a result creating fascinating music in the process.

Animals As Leaders is one of these artists. When project founder Tosin Abasi set out to create his electronic and jazz-infused virtuoso instrumental progressive metal in 2007, I’m sure many would have predicted a small cult following of guitar students and experimental music listeners. Fast forward to 2013. Tosin’s work, along with his bandmates Javier Reyes and Matt Garstka, have not only propelled Animals As Leaders to the forefront of metal music worldwide, but they’ve also transcended the genre and appealed to music lovers worldwide. When I show Animals As Leaders to friends (something that happens quite often), they stop in their tracks whether they’re a metal fan or not. It’s soul searching music that allows you to paint your own picture to it, and therein lies the power and the beauty.

I’m honored to be speaking with musicians of this caliber, and would also like to extend my gratitude to George from Sumerian Records, who was extremely helpful in making this happen. I’m sure Sumerian Records will have an amazing 2013, and a new full-length from Animals As Leaders is right around the corner (a follow up to 2011’s opus “Weightless”).

I.M.P: One pattern that I often see with new artists is imitation, the over-reliance on musical influences. When inspired by so many musical heroes, it seems nearly impossible, or at least counter-intuitive to most artists to put that in it’s proper place and go their own way. How did you find your own path musically?

It’s been a rather organic progression. A personal life long goal is to create a unique musical and artistic voice; which I feel I’m still working towards. And probably like most, we have definitely had some reliance on musical influences. But what has worked the most for me I think is writing music that I liked. I tried to not worry too much about writing music that fit into a genre. I feel the artist that have always stood out to me are the ones that defined or transcended genres.

I.M.P: In the past, people have had a tough time with genres in the sense that they tend to act like clubs, or sets of rules that artists try to adhere to. Much like within religious or political groups, artists who bring originality to their genre often face criticism. Is all of that changing now or are we generally programmed this way?

I think there will always be criticism. Generally, we have to maintain some rules or characteristics in order to create music for a specific genre. Yet the ability to change or evolve is something I feel absolutely necessary for any genre to continue to exist. How would progressive music sound if didn’t progress? What if dance music never changed, would everyone still be ok with disco? The critics will always be there. And good music will always prevail.

I.M.P: Through forging an original sound, you have essentially created your own market/demand, one that is yours alone. People often think true creativity is commendable, but it doesn’t pay off. Can you share your views on this?

I think there is a bit of perceivable truth to that statement. It may not always pay off financially but as a sense of pride or achievement, it can really pay off. I think we have certainly achieved our dreams of becoming musicians in a touring band. And thankfully we are able to make a decent living out of doing so. But when you include the auxiliary achievements like signature guitars, magazine covers, and worldwide recognition, the term “pays off” is almost an understatement. I feel blessed to be able to do what I do and be appreciated for it. To have created our own market or demand is something we were not aiming for. But we’ll take it.

I.M.P: Who are some other artists in today’s industry whose music fascinates or inspires you?

Lately I have been listening to UK based artist named James Blake. He’s got a very unique style that combines minimalist electronic beats with soulful, RnB and gospel like melodies. I think he’s probably one of my favorite new finds in the past few years. I also like a Brooklyn based band named Buke and Gase. They have a very unique rhythmic vocabulary that I feel parallels a lot of my own influences.

I.M.P: You must have been more than a little surprised to see the rapid growth and massive worldwide demand for Animals as Leaders. I assume that there were some naysayers or ‘rationalists’ when you began your journey? Perhaps people who told you to follow their plan as opposed to your own?

Well, I think when we first started we weren’t sure of what the metal audience would think of an instrumental metal band that had electronic and jazz influences in it. We were also using 8 string guitars and didn’t have a bass player. We weren’t really expecting much other than completing our first tour, which was opening slot for Between the Buried and Me and Veil of Maya. On that tour Veil of Maya asked us to be direct support for their upcoming headlining tour. Then during the Veil of Maya tour, Dillinger Escape Plan sent us a tour offer, and the more offers kept coming. Before we knew it the band was touring all year round. The response from fans at the shows and online definitely highlighted to us that we were doing something intriguing and unique. It has been quite a dream come true experience considering the attention we have received worldwide and from other musicians and bands.

I.M.P: Unsigned artists often focus on the mountain peak ahead and feel paralyzed, or unsure of how to move. What was your approach? Do you have any advice for today’s artists?

Some advice would be to don’t worry about trends. They come and go. Create music that satisfies your own musical taste. And don’t be afraid to bend the rules.

Support the band and buy their music at Amazon and iTunes.

[…] and original to the world. The first interview in the series was with progressive metal giants Animals As Leaders. Today’s interview is with an artist who has been one of my very favorites since the […]

This is a test

Thanks for the good coverage of a good band.

AAL and DEP are a blissful live combo.

I didn'[t know they were doing a new album…2013 keeps getting better!

I love Animals as Leaders! Saw them with the Dillinger Escape plan at the Rickshaw theatre in Vancouver!