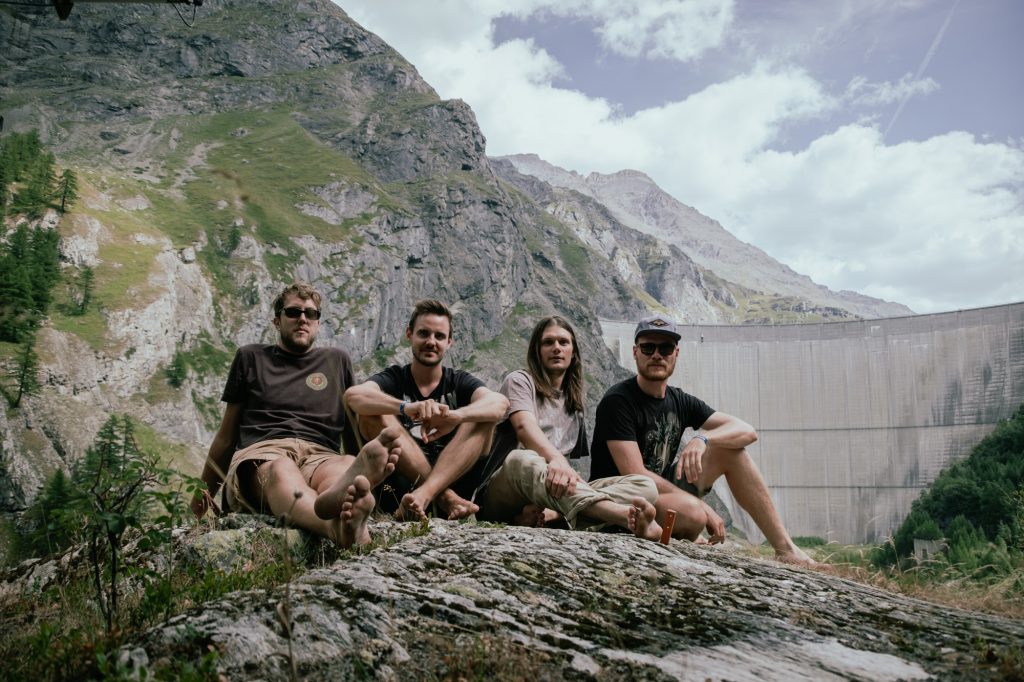 Instrumental Stoner Rock Mystics Son Cesano will release psychedelic new album “Emerge” on November 4th with Monobuster Records. This ambitious instrumental release should appeal to most fans of progressive, psychedelic, stoner rock and post-rock as well as heavy metal and jazz. Son Cesano sound bigger than a quartet, each member accenting the rhythmic attack differently. The end result is a boundary-smashing and hypnotic tour-de-force through the Universal Mind.

A full four years after sinking into psychedelic depths with their debut album “Submerge”, Son Cesano resurface with the brand-new album “Emerge”.  After a few longer breaks, the four central-Swiss musicians had to find themselves again musically in a new line-up; always looking for the perfect flow. The style was further developed, they experimented diligently and refined structures and rhythms. Not least thanks to the new drummer Dominik Zgraggen, new influences and elements found their way into Son Cesano‘s repertoire without losing the band’s characteristic groove.

Seven songs were created, which were recorded live and mixed by lead guitarist Simon Marty. From spherical and playful, to slightly jazzy, to hard riffs that make you shake your hair, a wide variety of soundscapes have been merged into one album. “Emerge” is psychedelic stoner rock, heartily seasoned with post-rock and refined with a fine pinch of stoner. The listening experience is crowned by the enchanting album cover designed by Luzia Imhof, which also visually invites you to immerse yourself in the new album.

‘The Mystic Four’ has an immediate and undeniable calming effect. The thoughtfully arranged guitars and meandering percussion evoke a sense of wonder and awe, encouraging listeners to forget their worries and disappear into the soundscape, if only for a few moments. The lead guitar is reminiscent of yesteryear’s prog-rock heroes, yet distinctly modern in its approach. This is instrumental music that speaks directly to the heart.

Stream “The Mystic Four” on Spotify.

“For me, the special thing about the new album is that many different musical influences have flowed into it. To bring them together in songs was a challenge, but it came out very well. The songs therefore often have a special mood, which in my opinion makes it all the more interesting to listen to.” – Simon Marty“While developing the songs and jamming the ideas, there were always those magic moments where you don’t know where it’s going to take you, and finally something great and unexpected comes out. These are usually the moments that trigger various emotions in the listener as well as in us. Such moments inspire me when listening to other music, and I would like to do the same with our music.” – Dominik Zgraggen

“I find it very motivating that the four of us have such similar views on what kind of music we want to make, but still always discuss different perspectives and thus get the best out of everyone.” – Robin Weissen

“What I find special about the new album is the way certain songs were created. Due to the fact that a part of the band was traveling for a long time and therefore the band had longer breaks, we worked diligently on ideas alone. We then worked together on the ideas and refined them until a Son Cesano song emerged, with which everyone could be identified.” – Robin Weissen 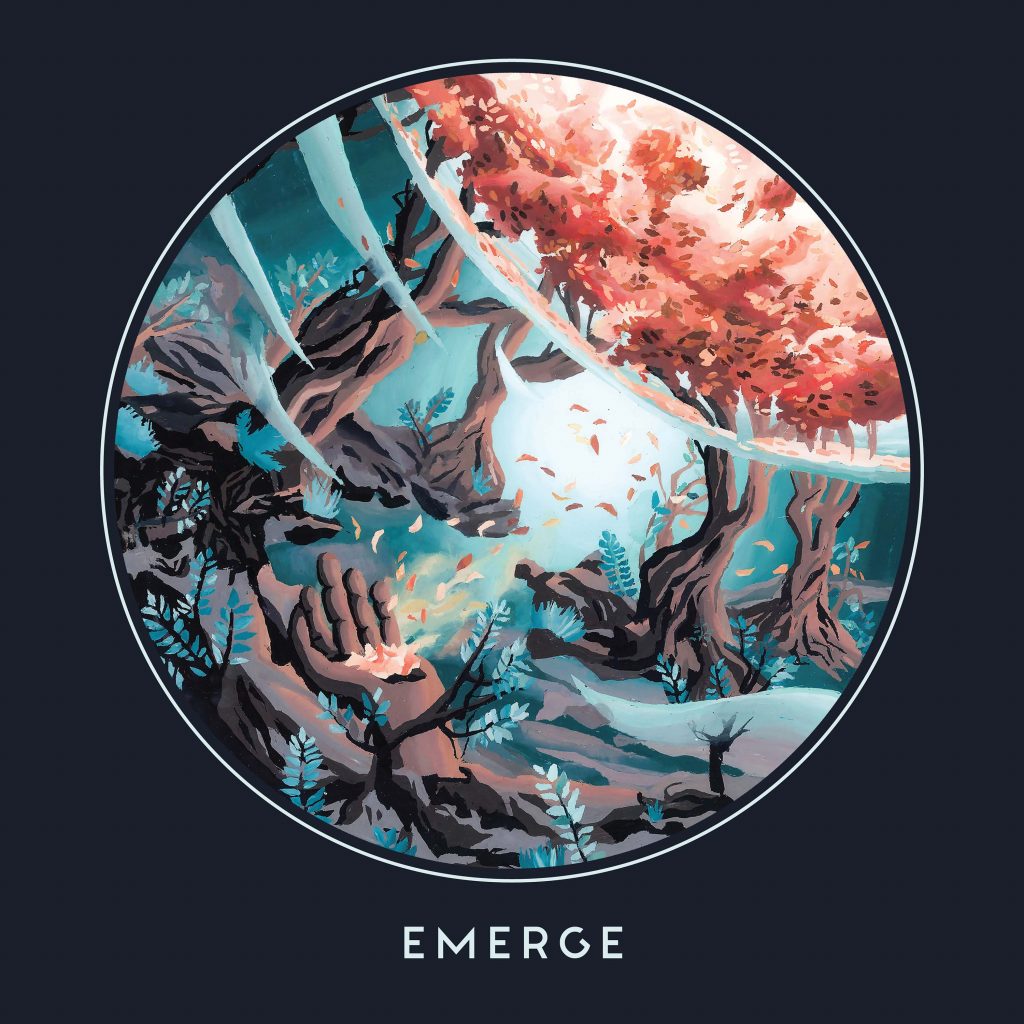 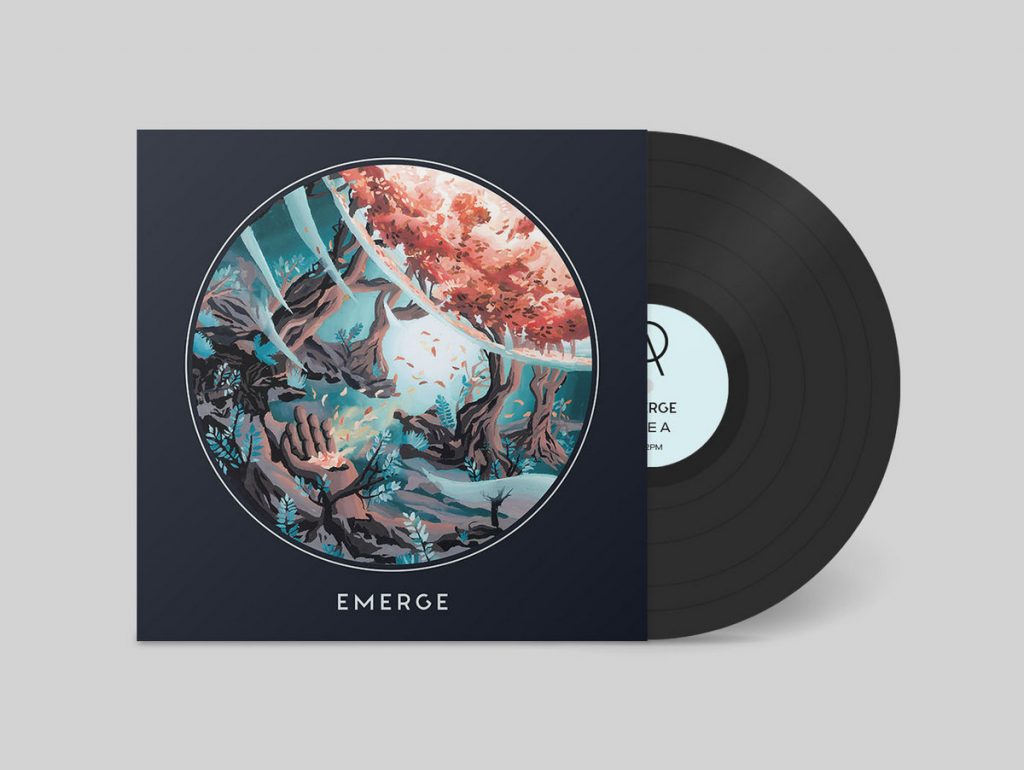 “Emerge” is available on limited edition vinyl, digital or CD at Bandcamp.
Stream “Emerge” on Spotify.