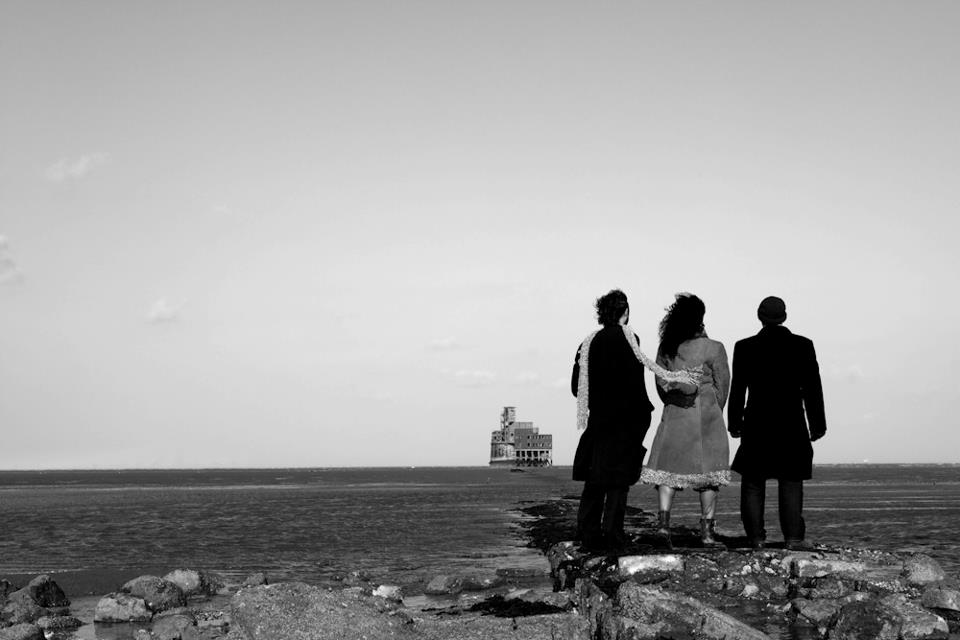 Jensen Code is unique band indeed (describing themselves as “electro space folk rock”).  “The Colors Of Mars” contains alot of magical moments, as well as some lows that may deter people from further listening if they tuned in at the wrong point of a song.  For perspective, picture a hybrid of Thomas Dolby and SilverSun Pickups.

“The Ink Void”  starts out as what appears to be a dancy number with a retro feel to it.  The vocals definitely have some huge similarities to a variety of indie-pop artists out there, like Silversun Pickups.   Musically, it’s kind of all over the place in a variety of good and bad ways.  To Jensen Code’s credit, there is alot of experimentation going on here.  “The Ink Void” contains alot of textures and musical snippets that are often gratifying, but occasionally a little grating.  The production was something I had to endure for the sake of the actual music.  Simply put, the production was shoddily done.  I would suggest a visit to a professional music studio, that way this music could be mixed more thoroughly

“Drop The Brane” is very atmospheric, and once again reminds me of some great retro music.  If Jensen Code were around in the eighties, they could have been up there with greats like Duran Duran and Depeche Mode.  The vocals remind me of Ian Curtis from Joy Division.  In fact, there is alot of that trashy euro-pop/punk element throughout the song, with some uplifting string arrangements and some nice guitar work, which is featured in the closing moments of the song with an old school dirty guitar solo.  Once again, what we’re looking at here is a band that has alot of potential, but is extremely lacking in the production department.  If Jensen Code were to find a pro sound technician, I think this album could make some waves in the future.  Until then, they may be subjected to further scrutiny from other reviewers like myself.

If you want to snag the best out of this band, I would personally look to the song “Silver Ionized Locomotive.”  Production aside, there are some great musical moments in this one.  Plus, it’s over seven minutes long.  This track is very enjoyable.