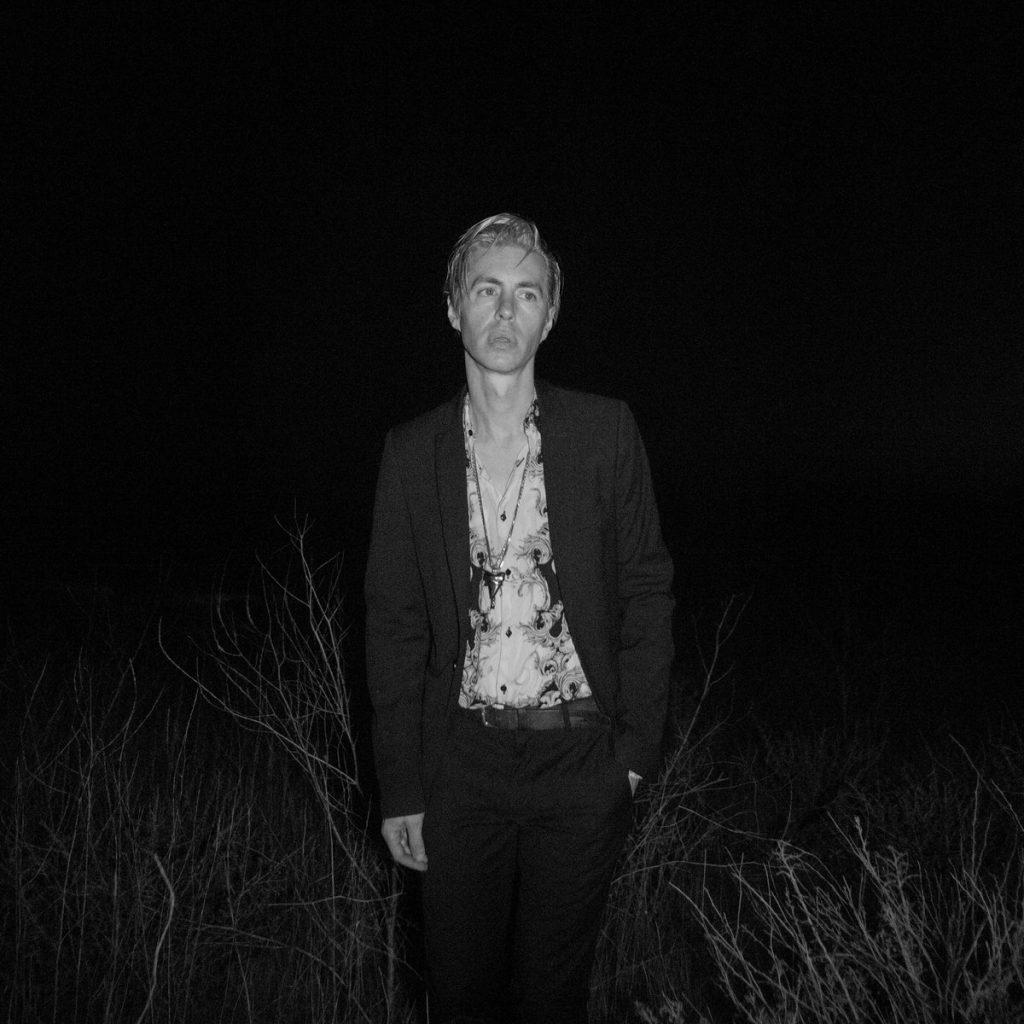 We all thought, at most, a couple of weeks.

The lockdowns felt so temporary, a long weekend, some time off from normalcy. Nearly two years later and the pandemic created a vortex by which we all slipped into. Quarentina by Joe Cardamone is a guerilla-style project attempting to capture life in our communal voluntary isolation. Each song and its idea was mapped out in real time and recorded on the spot without much second thought.

Joe Cardamone wrote the whole of Quarentina on keyboard and synth. Each track feels like a doodle, a single day in the confinement of boredom. His voice is a wandering soul, looking for rhythm in the glassy ambient soundscapes, scoping the room, listless after a period of unknowns.

“Count In Sevens” sounds like an early Pink Floyd song caught in a skipping loop. The cool blue bubbling tones on “Nite Theme (Rock N Roll)” draw the listener into an instant trance, and “Crushed Skull” enters like a slow axe-swing.

Cardamone fronted The Icarus Line from their beginnings in 1997 until their unceremonious end in 2015. They came up to the surface in 2001 with the track, “Feed A Cat To Your Cobra,” off the classic Mono, followed by Penance Soiree in 2004. Their sloppy punk rock was abrasive, confrontational, a bundle of lit firecrackers in a champagne bucket. They were the antithesis of the mainstream rock bands peaking at the that time, The Strokes, The Hives, The Vines, etc. They were loud, feedback-doused, and determined to give you the shakes.

Past the end of his band, Cardamone regained his creative footing,

found his real voice, and fell in love with a studio full of electronics and gadgets. He released a few collections on Bandcamp, and his first considered solo album, Holy War in 2018. Quarentina‘s core is “Yeshua.” Built off a gravitating church organ and sprawling slowly, until Joe slips and damn-near hits Prince levels. Following is “Cluster B,” a phenomenal instrumental track, christened by the commanding saxophone of Alex Zhang Hungtai.

“Baby Blue” brings a big wet 80s drum beat for the ride-along. “Ur So Cool” closes out like a deep exhale of subzero crystal dust. Quarentina is a sonically accurate depiction of how the pandemic felt/feels. There’s an aimlessness to the music. Notes and melodies aren’t working towards any kind of beat, but, in the meandering, is deep yearning.

Leading up to its release this past June, Cardamone premiered a new video for each track shot mostly in black and white starring himself and musician Queen Kwong, giving a companion movie to the album. Cardamone has another album out, a vocal collaboration, with Mark Lanegan, the marauding hellion of The Screaming Trees, Queens of the Stone Age, The Gutter Twins, and a bunch of other collaborations. The project is called Dark Mark vs Skeleton Joe and will be released October 15 by Rare Bird and Kitten Robot Records.