Recently I had the opportunity to sit down and interview someone I admire in the music industry for their practical, no-nonsense approach, Jon Anderson, founder of Two Story Melody. Jon introduces independent musicians to the public in proper context by telling their stories. He also educates musicians through his music marketing book “How to Promote Indie Music” as well as the Two Story Melody blog.

1) Welcome Jon! Thank you for taking the time to sit down with me and answer a few questions. I really admire what you’ve built with Two Story Melody, especially it’s core focus of promoting music (and teaching others to promote their music) in proper context, within a story, as opposed to what’s typically called music discovery. Most artists don’t know, for example, that the Spotify algorithm scours Google for real context, for articles, mentions, embeds, etc. Is context lost on independent musicians as some of them tend to focus solely on numbers?

Thanks, James! Appreciate your time, too.

Yeah, I do think context is often lost on independent musicians (and honestly in our society in general). I think that’s understandable, because music is a business and businesses need to be quantifiable. It’s very easy to quantify streams; it’s much harder to quantify how music impacts someone.

But it’s also very important to remember that music is more than a business – it’s art, too. And I think art is more valuable when we engage with it in context, rather than in the one-off form of a stream or a sale or (God forbid) background noise or something. So, in scanning the internet for deeper context, Spotify is trying to catch up to what humans do naturally.

Thanks for the soapbox… I’ll step off of it now. 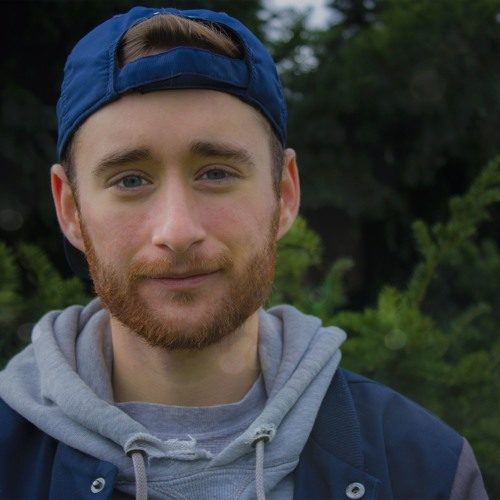 2) What was the catalyst that encouraged you to start Two Story Melody and share your knowledge with musicians?

When I graduated from college with a marketing degree, I went to work for an agency that was in the B2B tech space. And I quickly realized that I couldn’t only be working in B2B tech… I needed to do something with music, too, or I’d feel really dry.

I’d always been into music – specifically songwriting and storytelling – and I thought it’d be really cool to dig into how artists write songs and get the personal stories behind the finished pieces of art. It was a ton of fun, so I kept doing it, and over time it kind of snowballed into doing some consulting and marketing work with musicians, too.

3) What do artists need to know if they’d like to be considered for coverage on Two Story Melody’s website?

They should know that we only cover a tiny proportion of what’s sent to us (and that if we don’t cover them it doesn’t mean their music is bad). There’s just so much sent out on a daily basis that it’s impossible to cover everything.

Second, they should have a good feel for the type of music we tend to cover. We’re generally lyric-focused, for example; if you send us an electronic instrumental, we’re probably going to skip it.

And third, they should probably take the free mini-course I made called “How to Get Covered in Music Blogs”. It goes into a lot of detail on the tactics that I’ve found work for getting covered in general.

4) You’ve released an in-depth, practical music marketing guide called “How to Promote Indie Music” (https://howtopromoteindiemusic.com/). Could you share a bit about what artists and their teams can learn from it?

The big idea in the book is that promoting meaningful music should be meaningful – but most artists see promotion as a chore, at best, and as something like scammy used-car sales at worst. So I start the book off by laying out what good promotion really is: building a community around artistry. I lay out four pillars that are necessary for community: shared context, shared perspectives, shared actions, and social ties.

From there, I walk through some of the tools and tactics I recommend for building a community effectively (including social media, press promo, and Spotify, among other things).

The goal is that, if artists follow the book through, they’ll have an idea of what promotion is and how to do it effectively.

5) I hear from artists every day who want to take some kind of shortcut while avoiding the story element, and marketing that story. You need a story to promote indie music. Some want to earn money immediately from licensing/sync. Others want major streaming progress without paying mind to much else. Some just want to sell an NFT without building the project. Do you think we are in the need of a perspective shift?

I guess it depends on what you want to do (at least to some extent). If you’re looking to just do licensing / sync, you might be able to get away with skipping your story. But if you’re looking to build a community around your artistry – which is ultimately what leads to streaming success and the ability to create valuable projects like NFTs – you absolutely need to hone your story. Stories bring people together.

I’m constantly harping on the fact that people don’t become fans of artists on the sole basis of a single song. If someone streams your song, they like the song – but they might never listen to anything else you put out. There has to be artistry for people to engage with if you actually want to build a fanbase, and that definitely involves creating a compelling story.

My advice: Think of your favorite artists and then think about why they’re your favorite. There’s almost certainly more to it than “I liked a single they put out.” So, as an artist, you need to do more than just put out singles. You probably need to clarify your story and then bring people into it.

6) What are some of your favorite songs from 2021, independent or major, and why?

Hm… I might get some hate for this, but I thought Olivia Rodrigo’s album was great for what it was. I think Katelyn Tarver’s “Shit Happens” is a very well-written song. “Atlantis” by Noah Gunderson with Phoebe Bridgers is beautiful. My friend, Joel Ansett, released a song called “Ease” that will probably be in my Spotify Wrapped. And my brother, Thomas Austin, put out a track called “Hopeful” that I’ve had on repeat for the last two weeks.

People usually criticize my taste for being too poppy, which is fair. But my favorite songs are the ones that make me feel something, and all of those fit the bill.

7) How about your 5 all-time favorite artists?

Ah, this question is hard! Let’s see… At the moment, I’d say The Beatles, Bon Iver (sorry), Radiohead, Jon Foreman, and The 1975. But I reserve the right to change this answer tomorrow.

8) Please share what you have in store over at Two Story Melody in the coming months/years?

I actually just left my role at the B2B tech marketing agency this past year, and I’m going to be pushing into Two Story Melody with the hope that we can really set a high bar for quality in our coverage.

On the promotion side of things, I’m going to be releasing an updated version of my book. And I’m also going to be taking on more artists for consulting work; I’ve found working one-on-one with people in that capacity to be really rewarding.

Those are some of the goals for this year. Past that, I don’t want to make any predictions. Things change too fast!

Be sure to follow Two Story Melody at www.twostorymelody.com.