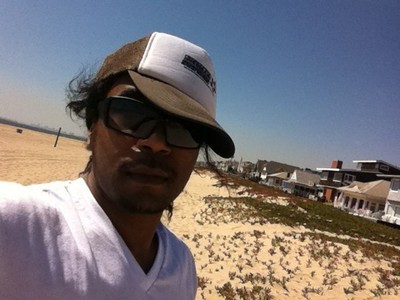 Hip hop/r & b trio Kronstudios, from Kingston, Washington, is truly a family affair. Made up of two brothers who go by the aliases Kron Ron and Brotherman, and their sister Gela, the project has been going strong since 1997. That takes a lot of dedication, smarts, or possibly insanity, and that’s exactly what I like to see in indie artists. Don’t ever give up on your dreams. Which brings me to the content here. Right away you can hear the potential of “Dream” becoming a mainstream success, or at least getting blasted extremely loudly on many a car stereos in the Spring.

Produced well and coming across as new school pop/hip hop crossover, “Dreams” is radio ready, and the rapping takes nothing away from it. The highlight line is quite possibly “Our brains are like computers storing all the memories. Dreams will help us battle. Persevere over our enemies.” There was definitely some Drake (who himself just released his new album “Take Care”) influence in the rapping melodies and that will definitely score points with listeners, as people can’t seem to get enough of mainstream hip hop. I appreciated the intelligence of the lyrical content, which is not something you get everyday. Kudos to Kronstudios for putting some thought into their creation before unleashing it on the world.

Kronstudios’s upcoming album “New School” is set for release on iTunes on November 21st, but in the meantime you can head to their Soundcloud page to sneak a peak.