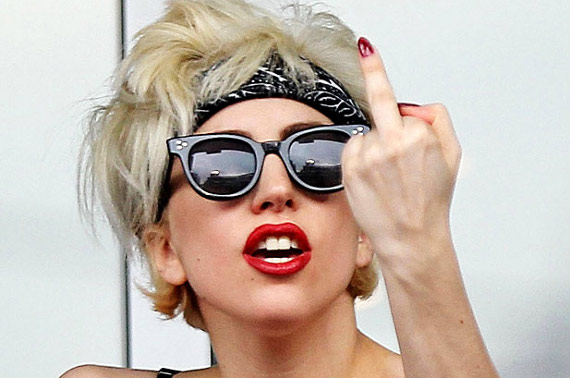 I did a piece for Music Think Tank recently that explored the use of controversy in music marketing, with an in depth look at how artists such as Lady GaGa get people talking. If you can succeed in getting people to argue amongst themselves, you’ve really got some serious  momentum in your promotional campaign.

I also talk about the kinds of bands this can work for, and it may not be what you think. For example, metal or rock bands who lean towards nihilistic or satanic subject matter tend to try to use shock value in their music, but it doesn’t usually work in their favor because those choices are typical for their genre.

The artists who tend to surprise and shock us are the extreme individuals – the original “one of a kind” artists who genuinely blaze their own path. For example, a politically charged r & b artist, a zombie pop band or a reggae/hard rock act. The herd mentality that each music genre encourages doesn’t help bands really get noticed outside their own scene.

The point is – instead of “preaching to the converted”, focus on what is most original about your music and play it up.

Rick Rollin Has Chuck Sheen Swag And So Can You – The Interview – Music Marketing For Serious Independent Musicians
November 13th 2011, 9:39 pm

[…] and was surprised at the number of Youtube views it had gained (over 100,000). Read my article on controversy in music marketing for some ideas. These guys struck at the right time when the Charlie Sheen debacle was a serious […]

Image is important, but the music is much more so. There has to be some sort of balance between the two. Once you’ve found your sound/style everything else will fall in place.

I agree 100%. You have to be the unexpected. All great musicians/artists throughout the last 40-50 years that ‘stick out’ were bold and fresh. Somethings never change.