It was a busy week for me on the live circuit in Vancouver, and I’d like to post a few brief comments giving credit where credit is due, some objective facts and some the nearly unavoidable subjective experience. 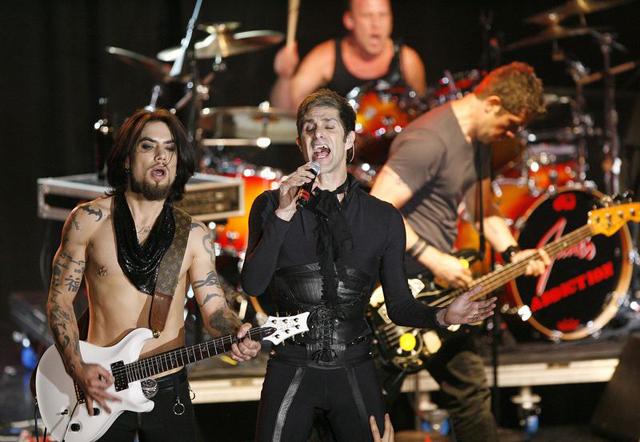 First in line was Jane’s Addiction at the Queen Elizabeth Theatre August 29th. As a fan of the band since age 15, it was a thrill to hear epic tracks like “Mountain Song” and “Three Days”. The intensity was not overly similar to what you’d experience 20 years ago at a Jane’s show, but this is to be expected. As you get older, you connect to the joy in the source material rather than the darker aspects, and it showed. This wasn’t a serious affair by any means. There was plenty of joking around and humorous dance moves on Perry Farrell’s part, almost to the point of taking you away from the songs. You couldn’t get mad at him though, with his relentless enthusiasm and Tony Bennett smile lifting everyone’s moods throughout the night. His vocal chops were still there, and his current mission is to go within and spread joy rather than tap into the darkness of the shaman’s world.

“The Irresistible Force” really shined, as did show closer “Summertime Rolls”. Overall, it was an uplifting occasion and a solid performance.

Next up for me was Devin Townsend Project, Katatonia and Paradise Lost at the Commodore September 5. I had mainly gone to see Katatonia, as I’m a long time fan of theirs, and I highly recommend you pick up a copy of “Dead End Kings”; another expectedly fantastic album from these Swedish metal/rock veterans.

Paradise Lost had some early issues with their monitors causing some vocal challenges but they recovered gracefully and put on a good show. It wasn’t quite the live show I thought I’d see after hearing so much about them, but I enjoyed them and kept in mind metal is MUCH bigger in Europe, where many of these acts play to thousands of fans at major rock festivals. In North America we wouldn’t dream of seeing anything heavier than Jack White at a music festival, but in Europe, people enjoy heavy music. It must be quite a culture shock for a band like Paradise Lost to come to Vancouver and play for a less-than-packed house. They did well though and the crowd showed them their due respect. 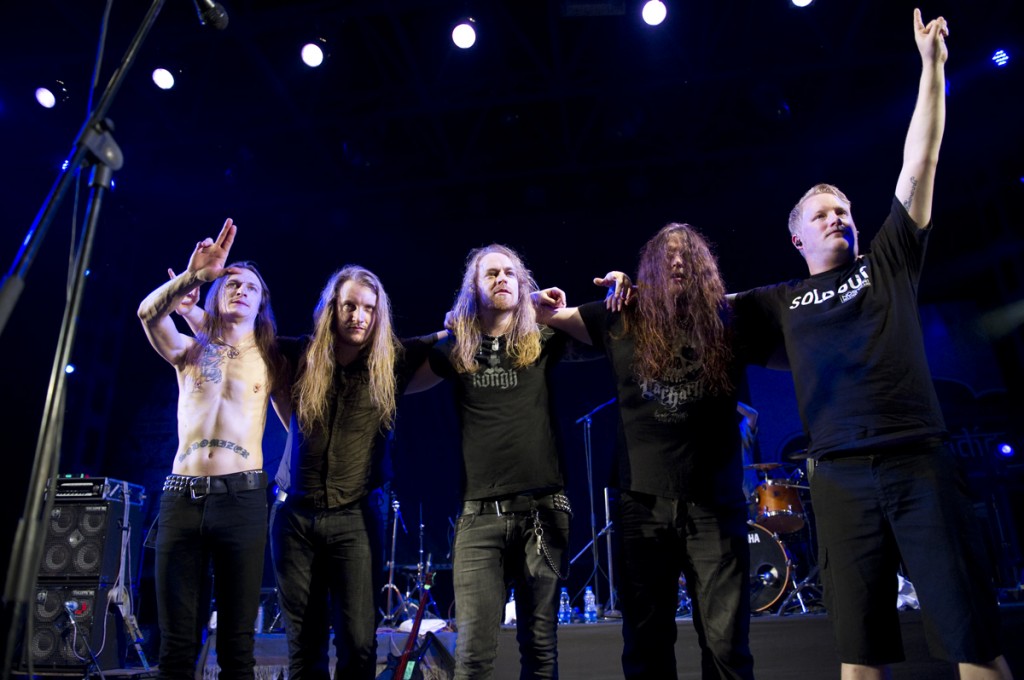 Katatonia were a class act through and through. This band is a complete unit with one heart. No one is showing off. They’re all acting together. Vocalist Jonas Renkse hit every note pitch perfect. The interesting thing about Katatonia is there seemed to be no posturing. It was all honesty and passion. They’ve really put intensive effort into shaping their own sound and it keeps getting better. I’ve always been a little surprised that the worldwide metal scene seems to unanimously love Katatonia, who are essentially a heavy rock band with barely any screaming vocals to speak of, but it’s a beautiful thing to behold. Everyone in attendance was enthralled, taken away by the beauty of it all. Even the lyrics, which are typically melancholy, are transcended by the beauty. Attitude was another factor. Jonas thanked the crowd many times and came across as a genuinely nice guy. And to top things off, the biggest surprise of the night for me was hearing what is in my view the most affecting Katatonia track, “Sleeper” played with serious vigour. This was one of the best shows I’ve seen and I’ll now see Katatonia any chance I get.

Devin Townsend was a presence unto himself, totally on point, and performing like a true veteran. His enthusiasm for heavy music is like that of a child, and it was incredibly contagious. His facial expressions were his way of communicating to the crowd, and there was a lot of love there. Brilliant vocals as well.

This brings me to Swans, a band I have a lot of respect for, and also one that I wanted to share with those close to me. I dragged my girlfriend and my best friend to the Venue last night, September 6. 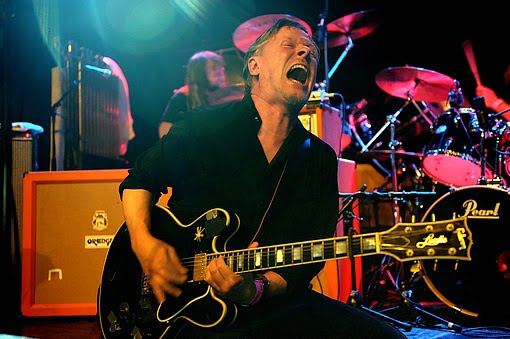 Now Swans, I came into the show with a great deal of excitement for. I’ve listened to their albums, watched live footage online, and enjoyed their new release “The Seer”, which has quite a bit of genius, dynamic and menace. The live show, however, was mostly the same droning notes…so much noise and dissonance that the songs were overshadowed and very much resembling a one trick pony. My close friend, a producer and lifelong music fan, I think was expecting an affecting and dynamic experience from all I had said to him about the band, and he was extremely disappointed. There was no “No Words/No Thoughts”, no “Jim”, no “Lunacy”, no “The Seer Returns”, just nearly 2 hours of crescendo, which isn’t really crescendo at all when there’s no dynamic in between. No peaks and valleys. Of course, there were high moments as well as  tracks that really translated, and vocalist Michael Gira led the band into some deep trances. I still love the band and respect what they do. However, my break with Swans happened at the height of their last song (at least I think it was) when they seemed determined to drive everyone out of the place. How can I describe this objectively? I’ll state a fact. In the middle of this incredible noise, I heard this terrible screeching and immediately plugged my ears.  What did I see, folks?

The drummer had pulled out a whistle and was blowing like mad into it.