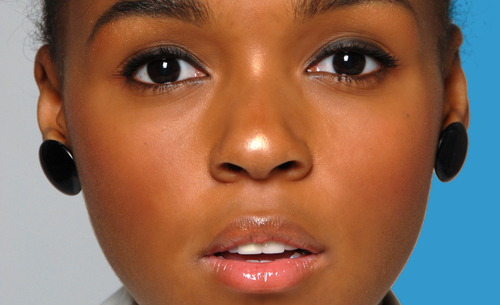 The best live television performance of the 2000’s is Janelle Monae’s tour de force display of “Tightrope” on David Letterman in 2010, in support of her album “The Archandroid”. It’s a bold statement, I know, but let’s not get polarized here. We’re changing formats a bit at the I.M.P blog, and I’m taking time to both work with new, talented writers, and also post more often about the artists who are inspiring me. Yesterday we shared a clip from Charles Bradley, and today it’s a very special performance from Janelle Monae, a woman who is the equivalent of a shining light in the soul/r&b/jazz world and the music world at large, proving that you can be a complete human being and still get major recognition based on pure talent. I really love this woman; she’s fantastic in every sense of the word, and her music is both conscious and soul-driven.

She wowed fans, critics, and Letterman himself with her 2010 performance of “Tightrope”, which I wouldn’t hesitate to call the best television performance of the 2000’s and undoubtedly one of the best ever aired. It can be surprising that people still listen to Rihanna after being exposed to a talent like this, but to each their own. Whatever you want to pump in your car stereo is fine with me. But try pumping this “like they do in the future” (throw in some El-P for good measure while you’re at it), and you’ll get a sense of a higher vibration.

“One more time for the tightrope!”