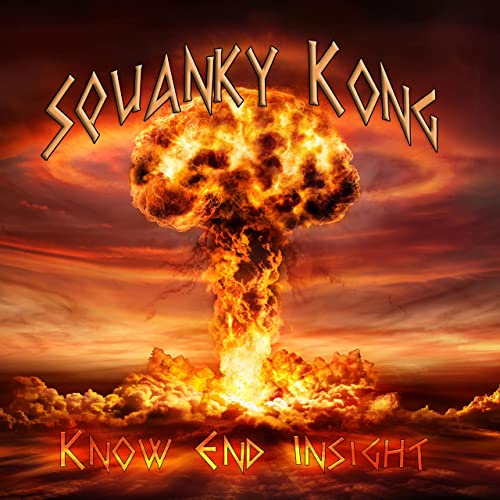 Los Angeles-based Hybrid Rock artist Squanky Kong is all about breaking barriers with his left-field approach to heavy music composition. New album “Dawn of the Cataclysm” combines aggressive guitar and six-string bass playing, drawing on Rock and Metal influences as well as Funk, Blues, Jazz, Classical and others. Squanky Kong is the musical moniker for James Michael House, who writes and produces the music, contributing guitar, six-string bass and synthesizer. He’s enlisted the help of an impressive team of professional musicians to contribute to this release.

“This album was produced similar to the way a movie is made. There were various performances recorded for each part, sometimes with more than one musician. Then each song is meticulously edited together with special attention placed on creating an organic feel to the music.”

Artist Biography:
Beginning in its infancy around 1994, Squanky Kong is the musical vision of American composer-artist and producer James Michael House.

A twisted path of Hybrid Rock, the music blends various Rock and Metal genres with elements of Funk, Blues, Jazz, Classical, and others. An adventurous range of material from simple hard-hitting rock riffs to complex orchestrations and improvisation alike.

Squanky Kong is not the usual rock band. House is the only constant member. The music being highlighted by his aggressive electric guitar and six-string bass playing, as he switches between them live, and plays both in the studio. Various musicians are brought in to complete the line-up, usually consisting live of 5-6 members. The band is based out of Los Angeles, California while House and his label Squank Entertainment have roots in Eugene, Oregon.

Since 2005 Squanky Kong has released two studio albums and one EP. The latest studio album Dawn of the Cataclysm (2021) takes Squanky Kong to the next level as House continues on his quest to expand the boundaries of music.