Matthias Sturm Talks about finding success with Blood and Thunder 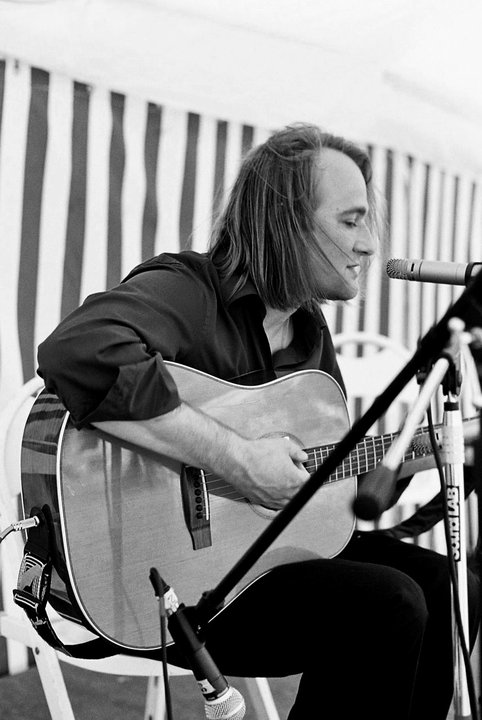 German singer/songwriter Matthias Sturm is an Independent Music Awards nominee who has worked with Grammy-nominated songwriters Erin Alden and Dave Krusen among others. The music industry as a whole has been giving his recent work top reviews, and I was happy to have the chance to chat with him.

Welcome to Independent Music Promotions, Matthias. Your new album “Blood and Thunder” is out and appears to be getting a good reception. Tell us about Matthias Sturm and what you bring to the table.

I’m a German singer/songwriter, recently living in France. I was one of this year’s Nominees of the Independent Music Awards (10th annual IMA’s) in the US.

Just in the minute I’m back from a national tour in India, where I was invited by W.O.A International in association with VH1. The tour was kicked off with a performance in front of the Minister of Power of India during the W.O.A. International Music Festival at Goa, 31st of October.

As for my music, I name it ‘to step into a Byronesque universe inhabited by muses’. My lyrics are mostly like poems, written in a Spoken Word tradition, dark stories about love and transcendence, pending with human struggle for truth. I am a rock poet. Geoff Koboldt, a Los Angeles based music manager appreciates ‘… the uniqueness of the instruments and sound, which reminds me of a strange mix of the Beatles and Pink Floyd… his vocal tone is really beautiful at times – reminds me of Roy Orbison a little bit …’ So just to put this on the table. My US album debut ‚Blood And Thunder’ is a collaboration with West Coast musicians like Dave Krusen, who was drummer of Pearl Jam, two times Grammy nominated songstress Erin Alden and some other L.A. prominence. The album will be released 17th of January 2012, available at CDBaby, Amazon and i-tunes and in stores via physical distribution. The Single ‘Peace On Earth’ is recently aired on several and non-comercial radio stations and AAA-programs in the US and the UK, garnering some rave reviews.

As for the first question: you can turn it and back and forth, but the music business doesn’t change the ways of working, it’s all about money. There might be a chance for Independents today to beak through via social networks and internet promotion tools, but frankly it is tough and you’re in bang of the battle as long as you go on this row. To answer the question what it takes to be a successful artist, what separates him from the rest, I think it’s mainly the wise and experience to face the fear and personal disorders and, instead of fighting them to transform them into something positive – the quite impossible, that the lesser in us support the higher in us. That’s Zen.

There are different ways of promotion and since I’ve worked with A&R pro’s, I’ve learned a lot from them. I have a strong and heart-felt connection with my fan base and the first step in promotion is for sure my music. Fans are true. As I said, I’m working with a professional team, including a radio promoter in NYC and a publicist and former director of the South by South Music Conference at Austin. My US release comes strong!

I believe that musicians have their initial kicks with music in their earliest childhood, as for me it was first a record with Mississippi Delta Blues artists. I grew, as a little boy, with these voices and this kind of ‘I can play guitar’ sound. Til today I love this kind of improvements on their guitar play. I grew up in the 80s, so to say, but I had a strong belong in music of the 70s. And there is Jazz in the game, Miles Davis, Coltrane, this enriched pool of god-gifted talents …

Maybe, I have and it took me some time and bad experience on my way to get it: Help yourself and others will follow! Don’t wait for someone in this so-called ‘dreams come true’ business. And be self-distanced, stay away from you and your problems, as this is one of the strongest tools to succeed, in many ways.

How can music fans keep tabs on Matthias Sturm?

For all those, who are new with me, just find me on my social network on Facebook or Youtube. Just visit me here to get my story and listen to my tunes and, as said, the record pre-sale starts now and the album will be officially available on i-tunes, Amazon and CDBaby by January, 17th 2012. 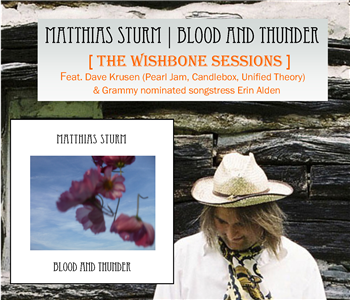