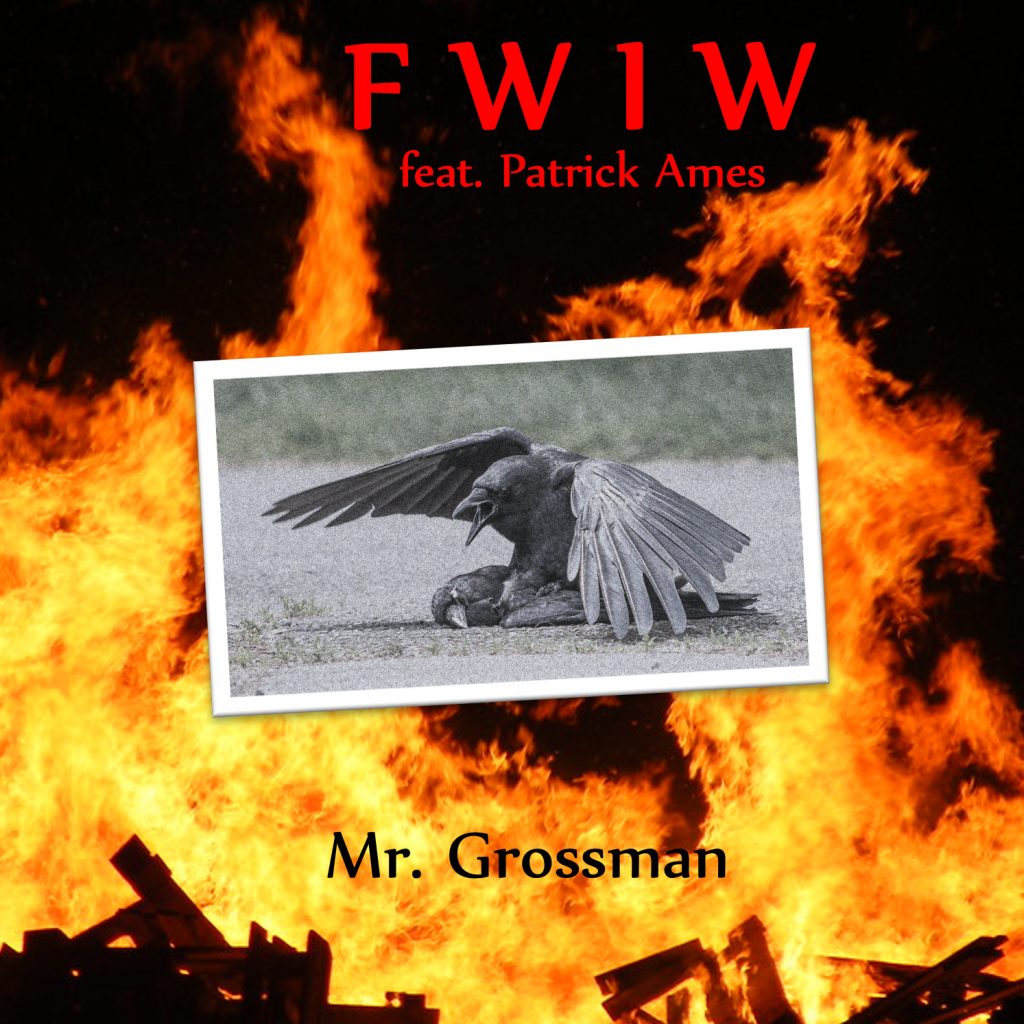 Out of chaos and disorder comes potent art, and the new collaboration between newcomer Songwriter/Producer Mr. Grossman and acclaimed Singer Songwriter Patrick Ames entitled “F.W.I.W.” is no exception. Inspired by the January 6 insurrection and attempted coup, these Californian musicians reflect on one of the darkest moments in American history, armed to the teeth with melody and metaphor. Mr. Grossman contributes prog rock and jazz-inspired music over a downtempo pop beat, while Patrick Ames croons apocalyptic poetry as only he can. The track leads into an irresistible, frenzied crescendo as Ames sings hauntingly “There’s a man with a gun so you’d better beware”.

“The imagery came first – the dark signs, hidden threats to safety and against nature. Then realized this was coming from my ongoing concern about the rise of anti-liberal and overtly fascist movements. Musical elements came from decades of influences floating through – from 60’s era anthems like Buffalo Springfield’s For What It’s Worth, Gill Scott-Heron’s TRWNBT to Traffic in the 70’s, to today’s inspirations like Beck and Chelsea Wolfe. I had recently banked some home-grown percussion samples – sandpaper on concrete, and a suspended crowbar dropped onto said concrete – and these fit right into the feel of the track. I don’t always like the way my singing fits with my compositions, so I enticed Patrick to do lead vocals, and this lent the necessary darkness and grittiness!” – Mr. Grossman (Mark Grossman)