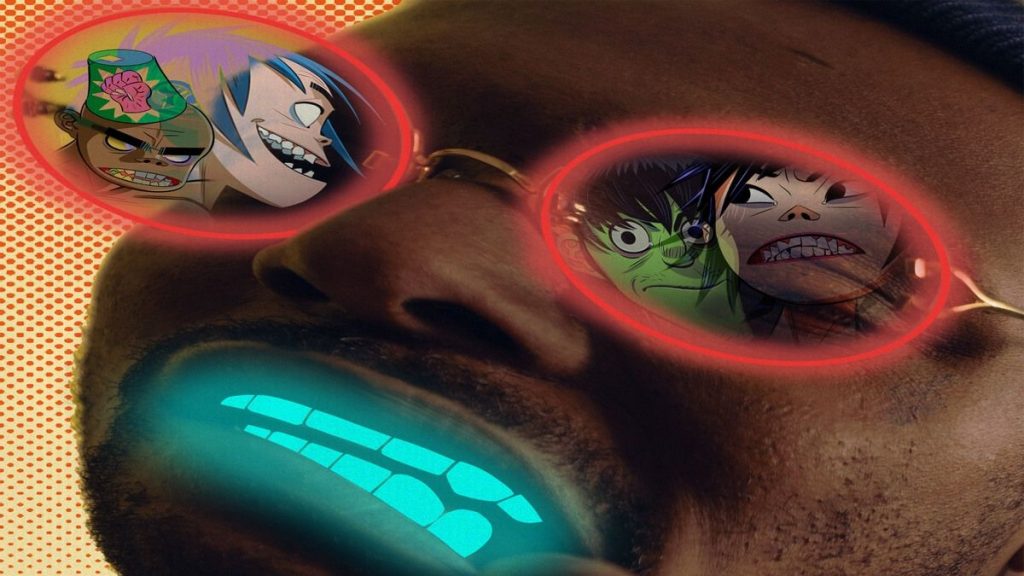 It’s that magical time once again where Gorillaz blow everyone’s minds with a new Song Machine track. “Pac Man” features rap legend Schoolboy Q and apparently of even more consequence to the fans, 2D with pupils. It’s a wild ride to say the least.

Musically, “Pac Man” is fun and a throwback to old school, or at least middle school Gorillaz style. The melody, which many fans have probably heard on previous Song Machine previews, is clearly inspired by old video games, with its bleeps and bloops following the video game action in the video. Be sure to keep an eye on Russel’s boxing combos as well, as they line up perfectly with the beat, which is just muted and sticky enough to make fans wonder if someone actually did “play” the punching bag as the percussion on “Pac Man.”

At core, “Pac Man” has dual meanings that sort of compliment themselves. 2D/Damon Albarn’s lyrics are about escapism and distraction, relieving stress in any way possible, while Schoolboy Q’s rapped lyrics are a straight shot to thinking about and pontificating on said stress. In them, he addresses rising to one’s potential through adversity, the rigging of the system and why that rigged system had the surprising effect of pushing him to realizing that potential, but he warns it comes at a cost and it doesn’t mean fame will save a black man’s life: “all the trauma from the past never taught me to fear heights; normal to fly now, can’t be stuck in the red lights; take flight, the life gon’ bloom for the Black Knight…Every full-grown minute, I had to change my image; the brain don’t got limits, you think a mill’ mean winnin’; pigs out here skinnin’, your soul ain’t authentic; you died and still ain’t livin’.”

It’s a stark contract to 2D’s repetitive “no stressin out” mantra but it’s meant to be received that way. Society can’t ignore this stuff forever and Schoolboy Q warns that it will ultimately be to everyone’s detriment if we do. 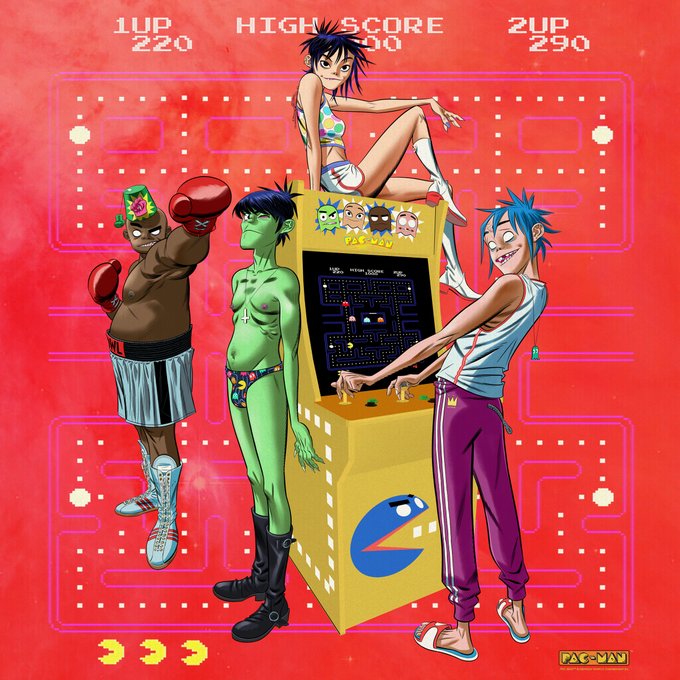 In case there was anyone out there who thought the lyrics were a bit subtle, the video for “Pac Man” makes the point abundantly clear. 2D is playing an actual Gorillaz-fied Pac-Man game that he gets so into that he’s ignoring everything else going on in the studio, even while Schoolboy Q is performing his amazing lyrics. He gets so wrapped up in the game, in fact, that his eyes temporarily have pupils, albeit they’re really just reflecting Pac Man images. Can the blind only see when they’re looking at something that’s not too real? Maybe that’s the point, but even if it’s not Noodle, the only Gorilla who stays in the studio with Schoolboy, eventually gets tired of it and violently unplugs the game by the end of the video. You can run from your problems, 2D, but you can’t hide from Noodle.

What are the other Gorillaz doing at the traveling vortex that is Kong studios while 2D’s playing games and Noodle’s busting chops? Well, Murdoc is, predictably, hiding in a coffin-like closet in his underpants marked “Murdoc’s portal” while Russel works on this boxing skills. The video is generally non-canonical and we may have to wait until the next one to find out what happened to that syringe…or not. The Gorillaz seem to have moved on from there, or at least Noodle and Russel have. 2D and Murcoc seem to prefer engaging in less healthy pursuits. At least they’re not licking windows (Aphex Twin reference, anyone?) and testing out poison per the first Song Machine video.

Another interesting thing to note is that while Noodle is hanging out with Schoolboy in the studio, she suddenly turns from her usual form to an anime character to Peanuts-style animation and this seems to be an interesting comment on the power of music. She does this while Schoolboy Q who, incidentally, is lighting up with electric neon during this scene, is rapping and both of these animations suggest that music is a much healthier way of processing feelings than looking at screens. Even when dealing with difficult subjects, working through the creative process with them allows Noodle to keep her childish innocence while Schoolboy powers up like his very own inner video game. Once again, music both heals and wins.

According to the YouTube video and Instagram, Song Machine won’t be back until September but there’s another G-thing for fans to get frothy about and that’s the first annual Gorillaz Almanac, hitting stores in October. Apparently this will be a real, hard-back annual almanac. It’s unclear if it’s going to predict the weather or crop trends, but it does promise lots of new art, games and an actual comic strip starring everyone’s favorite cartoon band. Now pre-ordering on Gorillaz.com.