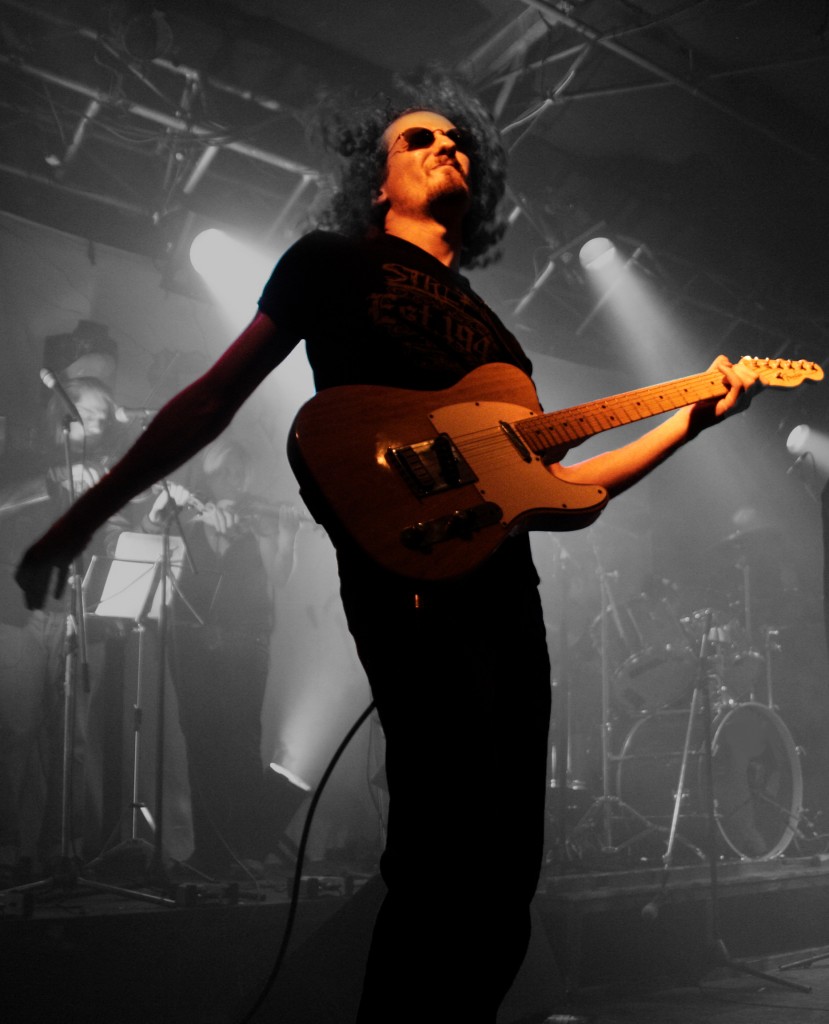 With opening guitars reminiscent of prime-era Master of Puppets Metallica hung overtop background gunshots, virtuoso Avishay Mizrav‘s composition (I’d go as far as to call it that) “Casualties of War” comes across as an honest instrumental expression. Tasteful synths and heavy grooving drum samples back up the explosive Marty Friedman-esque axe work that leads the listener through repeated progressive metal/rock atmospheres and deep emotions without becoming self indulgent. Not content to hang in lowly spaces, the song’s energy soars rather than drags. It’s determined and driving. The production is excellent, and it’s no wonder. It was mastered by Maor Appelbaum, who has worked with some amazing metal artists. (David Ellefson, Yngwe Malmsteen, Daath, Halford, Therion, and the new Sepultura album “Kairos”, etc) Accompanying Avishay on “Casualties of War” are Yoav Volansky on keyboards and Rom Gov on drums, and both do a tremendous job of elevating the song.

Skill-wise, I could see Mr. Mizrav as a popular go-to artist for guitar enthusiasts. No one can say that this guy hasn’t put in his time practising his scales for, I would guess 8 hours a day. The real stand-out, epic part of the journey comes at 3:30, when everything lets fly – feedback, screaming guitars, synths, and chords with drive upon drive. It’s a beautiful and uplifting piece despite the subject matter, though I suspect that Avishay Mizrav sought to express the resilient aspect of the human condition here, and he succeeded fully. You can watch a video presentation of “Casualties of War”, which I HIGHLY suggest – here.

To find out more about Avishay Mizrav and his album “Forgotten Melodies“, you can check out his official website.