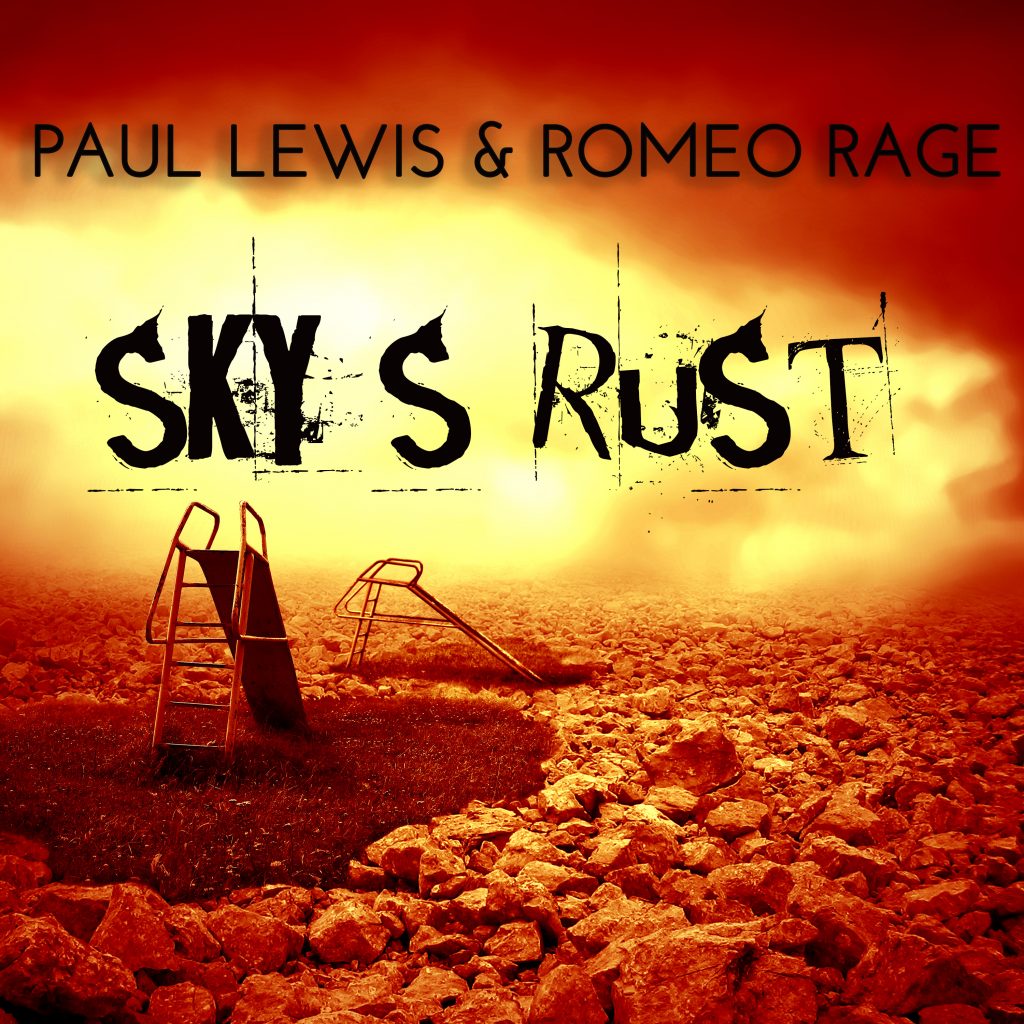 Paul Lewis & Romeo Rage channel rocking vibrations through a chameleonic David Bowie and Prince influence, restlessly blurring the lines between the theatrical, rebellious, freaky and provocative on their unruly new rock album “Sky’s Rust”, out November 18th via award-winning alternative label Realize Records. Prolific singer/songwriter/producer Paul Lewis, the film composer behind feature films such as Days of Power, combines his eclectic vocal, guitar and keyboard writing style with technical drumming and jazz fusion-inspired John Sanders on drums to create something wholly fresh and greater than the sum of it’s parts. Ultimately, this is the sound of a band at the top of their game, doing exactly what they want to do creatively, experimenting freely with the cinematic and gothic while leaving caution to the wind.

“Romeo Rage is what happens when two guys boldly blur several genres and marry West Coast riffs with East Coast edge. The result is a sort of controlled chaos that makes for a unique audio journey,” comments John Sanders. 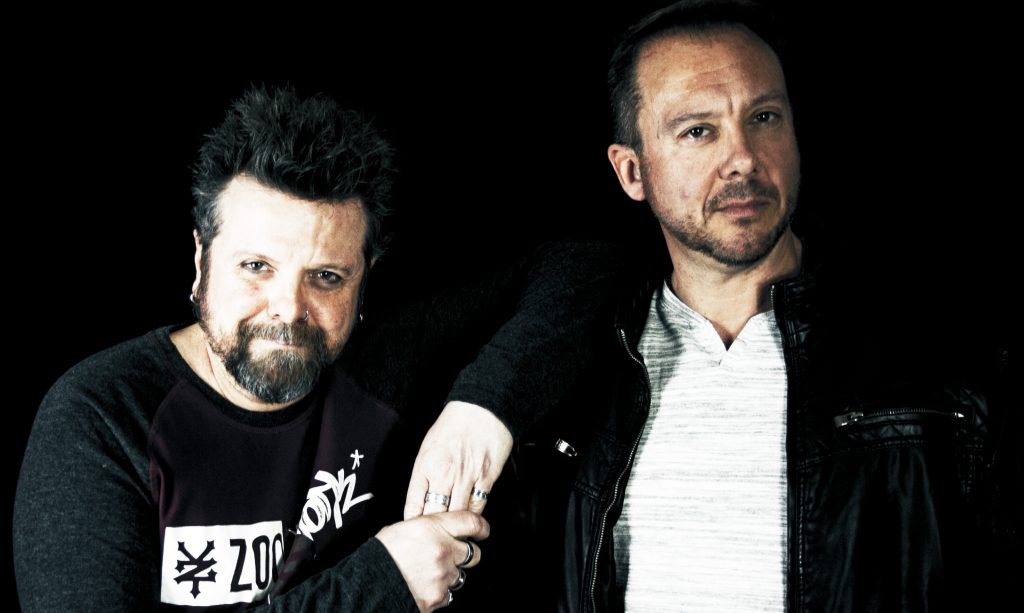 The new album comes quickly on the heels of Romeo Rage’s three-song contribution to the soundtrack for the independent feature film “Dark State” which was released in AMC Theatres across the country in 2021. The songs were co-produced with Lewis and Emmy award-winning sound mixer Robert Venable.

“The pandemic shook the world and affected everything that I do, so out of that came most of these tunes. Some of them I had written and hadn’t done anything with until this new idea came. I’ve always wanted to play edgier and darker material yet still having a pop sensibility about the tunes. I found some amazing musicians to play with and now we are ready to bring it.” – Paul Lewis

On his songwriting and lyrical approach, Paul adds: “Some of the tunes have been based on dreams. Lyrically especially. Some are based on a turning point in my life where I had to decide if I was even going to start a whole new project. I had already written half of the tunes and then while scoring a film I was inspired even more and just kept writing. I’m feeling very satisfied and if success is upon creation…then I’m there.”

Dark, cinematic and brimming with genuine emotion, new rock album “Sky’s Rust” is a must-listen for fans of anyone from The Foo Fighters and Arctic Monkeys to Peter Murphy and Type O Negative.

Watch the official music video for the deliciously electric “Black”.