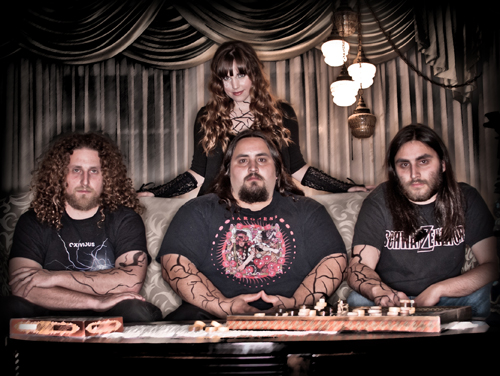 Independent metal/progressive rock act Phavian have an incredibly ambitious project due for release over the next two years – 4 albums entitled “Meridian 1-4” respectively. It pays to think big, and also to commit yourself. Bands with no plan go guess where?

The preview release “Foreword”, which will contain a track from each of the 4 upcoming albums, contains the epic 12 minute piece, “Watersong”, which was sent to me this evening. You can hear Opeth influence in the band’s work, although the production value and performance are still growing – this is still the sound of an independent act, although a very creative one at that. With a balanced range of dissonance and melody, Phavian lead the listener through dark but thought-provoking territory, following in the footsteps of the best progressive metal and rock acts. Both the vocals and backup harmonies are solid throughout. The general mood is one of warning – sombre and dark.

Phavian also know how to promote themselves properly, which, as most of you know, I’m a big fan of. Music is free in this day and age, whether you like it or not! Recommended for fans of Opeth, Katatonia, and Porcupine Tree. You can download Phavian’s EP “Foreword” as an easy to get zip file here.