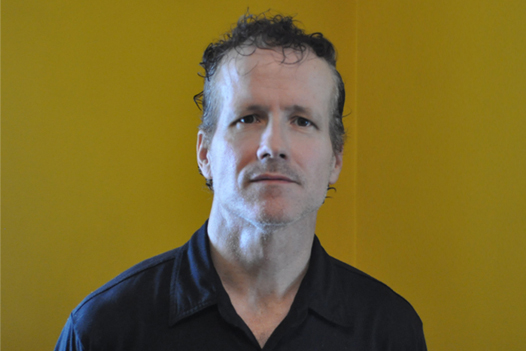 Planning on a music video but aren’t quite sure how to promote it effectively? If you think YouTube is your only option, you have some reading to do, my friends!

Andy Gesner is the CEO of the popular and successful music video distribution and promotion company HIP Video Promo (www.hipvideopromo.com). They’ve worked with clients both major and indie and maintain a strong DIY ethos in their business practises. I had a few phone conversations with Andy in 2012 and we discussed everything from my artists and DIY music marketing principles to our mutual love for Iggy Pop and underground rock. He was very friendly and knowledgeable  and after having two of my artists work directly with HIP Video Promo and receiving good results, I felt it would be ideal to really pick his brain in order to get “the straight goods” on a topic many independent bands either gloss over or ignore; the importance of the music video and how to do it right.

The purpose of this interview is to cover critical information in the area of music videos and their promotion. This interview is part of the “Industry Interviews Series” in the newly updated “Your Band Is A Virus – Expanded Edition”. I’d like to thank Andy for taking the time to do this, and for being a genuine, honest force in the industry.

Hi Andy. So what is music video distribution anyway?

As a music video promoter for 12 years, I’ve learned just how valuable we are to our clients and record labels we work for. We’re quite often referred to as their “scrubbing bubbles”… we do all the mind numbing work so our clients don’t have to! A successful music video campaign involves lots of upfront costs and technical attention to detail. Whether a video is delivered digitally or on a tape format like a digi-beta or DV cam, you need to be 100% sure that there are no video hits, audio glitches or aspect ratio problems when the video arrives to the programmer.

What’s more, you want to make sure the video is accompanied by a professionally written, compelling one sheet that gives the programmers all of the reasons why this is a video he or she needs to pay attention to, void of empty hype or false accolades. Once the video has arrived to the programmers, the most important step of any successful music video campaign is tenacious follow-up. We do lean on our programmers to give the programming love to our clients, but we are never arm twisty in our approach. We understand that a programmer has to genuinely be excited about the artist and video on their end, but because we are very selective about the videos we promote, we’re usually confident that what we’re presenting them is fully worthy of theirs and their viewer’s attention.

Our business philosophy is very simple. Our goal is to supply our programmers with the videos their viewers really want to see. This leads to us declining many videos that are presented to us, because in the music video world, you never get a second chance to make a first impression. We are very blessed to get to work with some of the best independent record labels on the planet. But my greatest joy is to unearth the brand-new noteworthy independent artists that have up until this point, flew decidedly under the radar.

What are some of the qualities you look for in a band and also a music video?

Now more than ever, the video does the talking! A band or artist can be just starting out, or barely established, but if the video is memorable and the song is good, lots of new potential fans will find out about you. It’s also very helpful when the band or artist that we are working with have other parts of their marketing campaign working in tandem with us. Quite often when we were promoting a music video, the band or artist is running an online marketing campaign along with a press campaign and a radio campaign. Certainly the more pistons you can have pumping at once, the better chance you have of making an impact.

Why is it necessary in 2012 and beyond for an independent artist to have a professionally done music video?

“When I started HIP Video Promo in October of 2000, a professional music video was an expensive undertaking. But with the cost of digital filmmaking being lower than it’s ever been, coupled with the fact that digital can often times look even better than film, has made a music video affordable for even the most independent of bands and artists. The video doesn’t need to be expensive to be memorable. “

“Our most successful video campaigns have usually been videos that have a novel or compelling idea. Sometimes videos that are expensive end up falling short. And now more than ever, animated videos have really made a comeback. Quite often when a band or artist is on the road and doesn’t have time to make a video, they can consider having an animated video, which doesn’t require them being involved in any way, shape or form. There is no escaping the fact that now we live in a very video centric world. Fans of music also have a very short attention span. A well shot, compelling music video is the best way to connect with them…visually, musically and artistically.”

Most bands and artists shoot a video, put it straight on their social networks and Youtube, and then begin the cycle of looking for views wherever they can find them. What’s missing from the master plan here? Why do you think proper video promotion falls by the wayside in most cases?

Upcoming bands and artists immediately think that professional music video promotion does not fit into their budget, or because of budgetary constraints, don’t think they can afford our services. If a tree falls in the woods and no one is there to hear it, does it make a sound? If you really have an outstanding music video, you’re selling yourself short if you don’t get it out there to all the potential outlets that could give your video serious consideration for programming. It does require a lot of up front attention to detail, and this is the kind of thing best left to the professionals. So many of my programmers complain they get dozens of videos each month, but either the tape doesn’t work right, it’s not dubbed in stereo, it’s not closed captioned, or the aspect ratio isn’t right. That means that these folks have sent all these videos out, and no one’s going to be able to play them. Because we’ve promoted so many videos, we’ve got a system down with excruciatingly stringent quality control. We are always confident that the videos that hit our programmer’s desks are 100% ready for immediate programming. Sure, the cost of admission into our tent is not a small amount, but if you put a lot of time and effort and money into producing a music video, it makes no sense to just have it sit on your YouTube page.

What’s involved when HIP Video Promo distributes and promotes a music video? Let’s say you’ve approved a new artist, their video looks great and they want to reach all the outlets possible.

The first thing we need to happen is to have the video delivered directly to us digitally. Once it is received, we need to check it out and make sure there are no technical issues before we move forward. The client must also provide us with lyrics for closed captioning, submission form info and graphic assets. At that point we prepare a music video promotion one sheet that is then approved by the client. Once all the duplication has taken place the campaign begins. We mail out all of our videos priority and first-class mail, and then there is about a three day waiting period until the programmers have received the video. Our campaigns last eight to ten weeks, and we report back to the client every two weeks with all the airplay that has been secured during that time frame. All throughout the campaign we are blogging, tweeting, and face booking about the artists, as well as placing phone calls to our most important programmers to encourage them to support the campaign.

What advice would you give independent artists who want to plan, shoot, release, and promote a music video properly?

Just remember; you don’t get a second chance to make a first impression!

What are the most common mistakes you see independent artists make today, both in the music video spectrum and in general?

In the music video spectrum, there are lots of common mistakes that independent artists are committing on a daily basis! Now that music videos are the best, most integral way of getting some traction on the independent musical landscape, bands and artists don’t realize that the first video you unleash upon the unsuspecting public needs to be memorable, compelling, and leave an impression in the viewer’s eyes that the band or artist are on the fast track to the next level. Quite often, if the first video leaves people unimpressed, they won’t pay attention to a second or third video, even though they might be outstanding. Another common mistake is including “red flags” in their videos such as guns, drugs, salacious behaviour, and naughty words.

All of these red flags are going to limit airplay significantly, so it’s best to stay away from them. Another common mistake is that they think they can’t afford a service like ours, even though they spent a lot of money on the video. It seems that bands and artists shoot their entire load on shooting the video, and then have no extra money left to professionally promote it. If a band is really going to go all-out to produce an excellent music video, it makes no sense for them to just park it on their YouTube page or their Facebook page and that’s it. You want to get it out there to all the potential programming outlets that might give it serious consideration for exposure. That’s where a company like mine comes in to save the day!

Get in touch with HIP Video Promo to promote your music video at www.hipvideopromo.com.

One reply to “How To Promote Your Music Video; Exclusive Interview With HIP Video Promo CEO Andy Gesner”