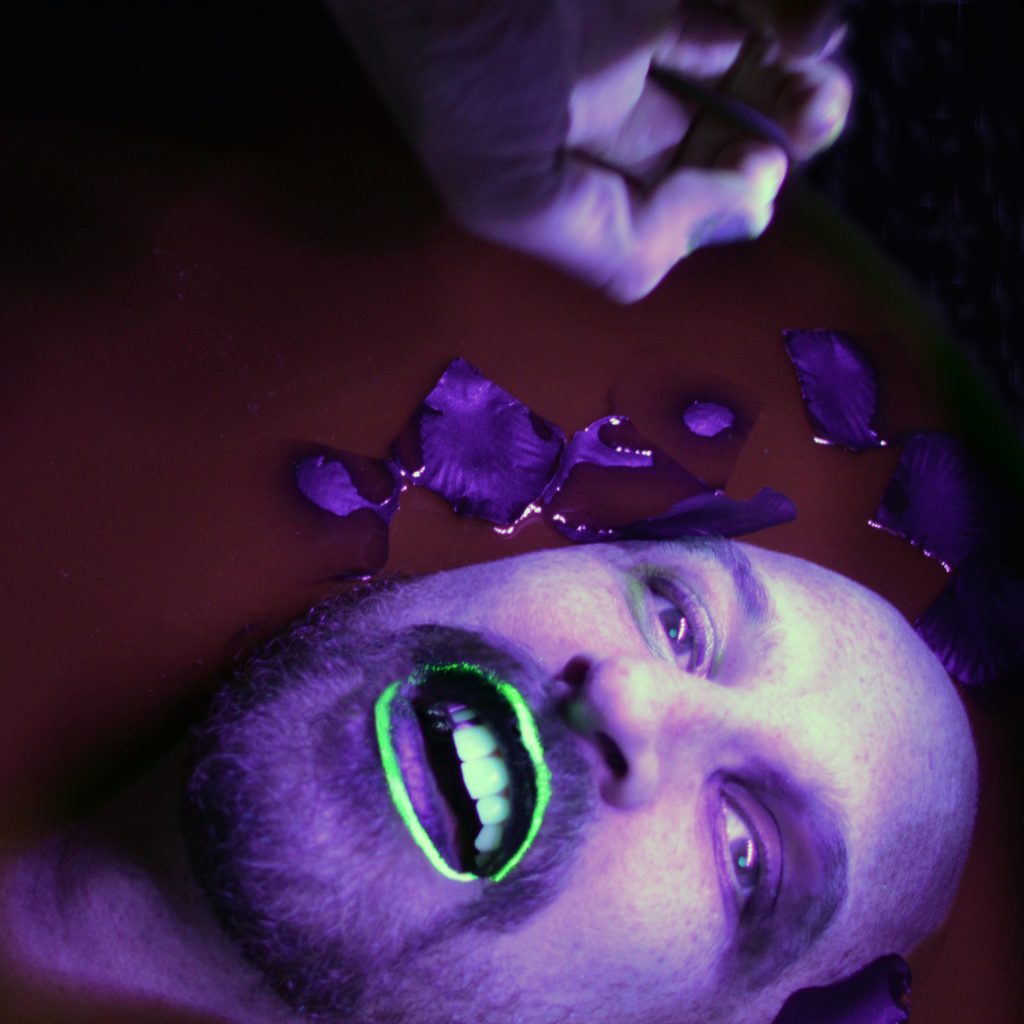 Denver-based Psychedelic Pop/Indie Electronic Musician Devin James Fry showcases a bitches brew of edgy sounds on his pair of new singles entitled “PURPLE GLUE” and “NO HOPE”, the latter being a collaborative hip hop track featuring Otem Rellik and Nat Tate. Both tracks will be released June 10 via Old Faithful Records. “PURPLE GLUE” is the first single to be released from upcoming album RETRELLION.

“Purple Glue is about WTF holds a divided personality together. I imagine a disgusting purple ooze. Magnetic.

I built an analog horror SFX generator for this project. I call it the Jitter Getter because it adds all these unsettling atmospherics, slasher movie style. It’s essentially a two string diddly bow with gothy bells and whistles. I put the first few sound tests on TikTok and people were saying it sounded like a terrifying angel, which is fun. It’s an infernal machine, lots of fun to experiment with.

In Purple Glue I used a taisho koto where there would normally be a guitar solo, because I don’t want a guitar onstage right now.

Grant Eppley is brilliant. He rescued snatches of my vocal warm-ups from a bunch of unused takes and stitched them together into this gauzy auto-tuned intro for Purple Glue. It was a total surprise when he played it back for me. Drew me in right away. What a weird, perfect idea. Grant has great instincts and I love working with him.” – Devin James Fry 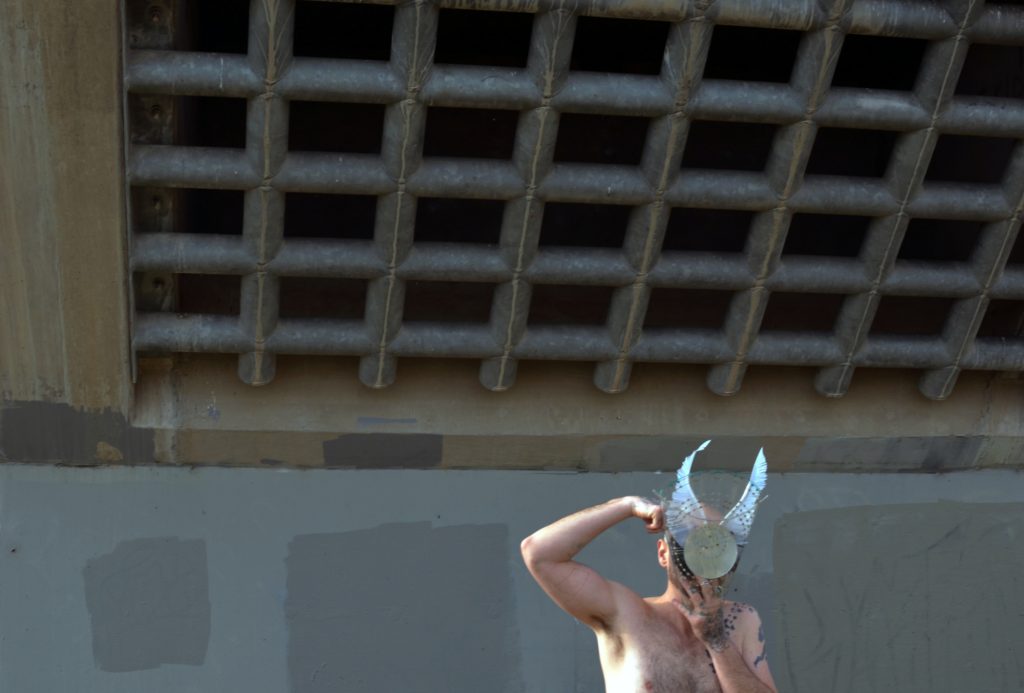 Everyone’s split.” says Fry of the song. “For me it’s that by day I’m sharpening surgical instruments for doctors and nurses in these highly demanding professional settings and by night I do art. WTF holds a divided personality together? I imagine some sort of purple ooze.”

The song itself glues together disparate sonic elements. Producer Grant Eppley (Spoon) rescued snatches of Fry’s vocal warm-ups from various unused takes to craft an otherworldly auto-tuned gauze that draws the ear in. More atmospherics emanate from The Jitter Getter, an analog horror sound FX generator Fry designed & built for the project, and which features prominently in the official video. Later in the song, a distorted Japanese taisho koto provides an offbeat, electrifying solo.

If side A is glue, then B-side “No Hope” is cement. This banger, Fry’s first outing as a beatmaker, features muscular verses from esoteric rapper and master circuit bender OTEM RELLIK, as well as harmonies on the hook from esteemed Denver vocalist NAT TATE.

Purple Glue b/w No Hope is available to preorder on vinyl from oldfaithfulrecords.com, as well as all digital streaming services on June 10.

Hear Devin James Fry on our on our Best New Music of 2022 Spotify Playlist.