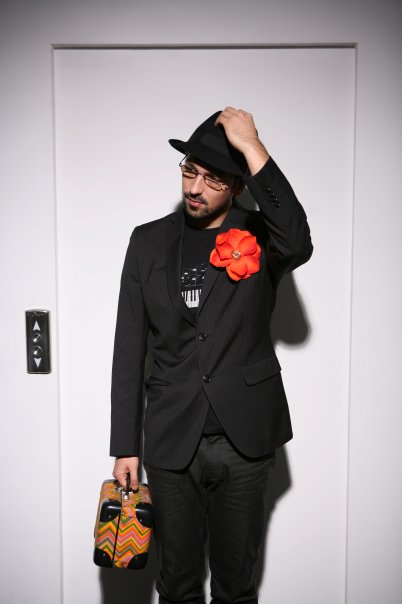 One of our exclusive’s today is with Vienna singer/songwriter Richard Kapp, whose band Richard Kapp & The Gowns have found success playing their own brand of “surprising chamber pop”. Welcome to Independent Music Promotions, Richard. Your music is quite unique. What inspired you to walk the less-beaten path with your original brand of “chamber pop”?

Well, although I am a 80’s kid, strangely enough I grew up with bands and musicians from the 70’s like ELO, 10cc, Billy Joel, Simon & Garfunkel. So, I think that a lot of inspiration came from this musical era. I always was fascinated by orchestral elements in pop like you can find in the music by ELO or ELP. When I was 16 I bought my first album by Chick Corea and since then I also dived into the mysterious world of jazz. I listened to lots of stuff back then and those artists were all great and original but I always thought that there is still a lack of music that is brave enough to combine all kind of styles (like jazz, folk,funk, orchestral, etc.). So, since then I tried to develop this kind of music on my own.

Please tell us about your latest release and what we can expect.

My latest release of me and my wonderful band “The Gowns” is called “AMOK” and should be out in some months. It will be a very strange album, very sarcastic, but also very personal at the same time. It also covers a lot about what’s going wrong in today’s world. Hence the title “AMOK”. But the title also refers to the strong variety of styles. There are flavours of jazz, hiphop, electronic, folk, classical music, etc. and still I think that I managed to use them in an unusual and original way to support the the meaning of each song. I think that fans of our music will enjoy our new album a lot. It’s my best effort yet as a composer, I think.

The internet is definitely a great tool for independent artists like me. I love how you are able to upload a song and immediately get some feedback in return and how you can easily communicate with your fans. In the early days I used myspace as everyone else was doing but since myspace turned into “myspam” as I like to call it, I moved to Facebook which is not perfect but it helps a lot to stay in touch with your listeners. Or probably I should say “Likers”. 🙂 I also use Twitter and other social platforms to promote my songs. Possibilities are now endless for indies but it also means a lot of work which takes away time that I’d rather would like to use for writing songs. Unfortunately I know lots of indie musicians (including me) who are working their ass off trying to be a musician, manager, booker, marketer, etc. in one person and often don’t receive enough attention or feedback in return, unfortunately. 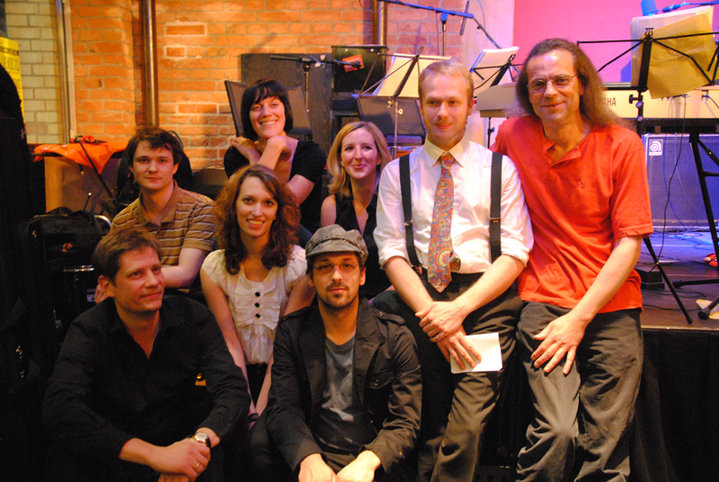 That’s a tough question as there are fortunately so many artists that I admire. One of my favourite artists is Neil Hannon of The Divine Comedy. He really inspires me a lot, so did his buddy Joby Talbot who arranged a lot of their amazing orchestral pieces. I also love Rufus Wainwright’s compositions and the music by Ben Folds (who is one of the few who manages to combine pop and jazz in a beautiful way). Another artist I admire is Hawksley Workman from Canada as he is really one of the few artists who are in the business for many years now but is still searching for new musical approaches and managed to stay highly original. Same goes for David Byrne. He is really one of a kind. I also admire the music by Burt Bacharach, Scott Walker, Richard Hawley, Andrew Birds, Final Fantasy, Left with pictures, Bryce Kulak…I could go on here forever as there are and were so many different artists that I admire….

No, because I am disillusioned and discouraged myself sometimes. 🙂 As I said previously: the internet really opens up a lot of possibilities for musicians, but as there are so many musicians (or people who think it’s cool to be a musician) it’s not easy to stand out of the crowd. Also, people don’t seem to value songs for what they are: precious gems that you can listen to in years and still love. Great songs don’t wear off. People pay money for a bubblegum in the supermarket, which they spit on the ground some minutes later, but they hesitate to buy a song for 99 Cents on iTunes.Yes, it’s easy to become disillusioned as an artist trying to do something original, smart and honest. It’s really difficult to be a musician these days. And very easy at the same time. When I am discouraged I always try to remember that great quality always finds a way and will reach people one day.

How can music fans keep tabs on Richard Kapp?

You should go and visit my homepage http://www.richardkapp.com where you can find out more about “Richard Kapp & The Gowns” and listen to some songs. I regulary update our Facebook page http://www.facebook.com/richardkappmusic but we also have a Google+ page now for those who prefer that. We love everyone for subscribing to our mailinglist aswell because it’s very convenient for me to be able to provide everyone with updates like new gigs or exclusive free songs this way. It’s definitely worth to subscribe now as I will soon release a new song from our next album “AMOK” which will be free first to our subscribers. So, what are you waiting for? Do it now! 🙂