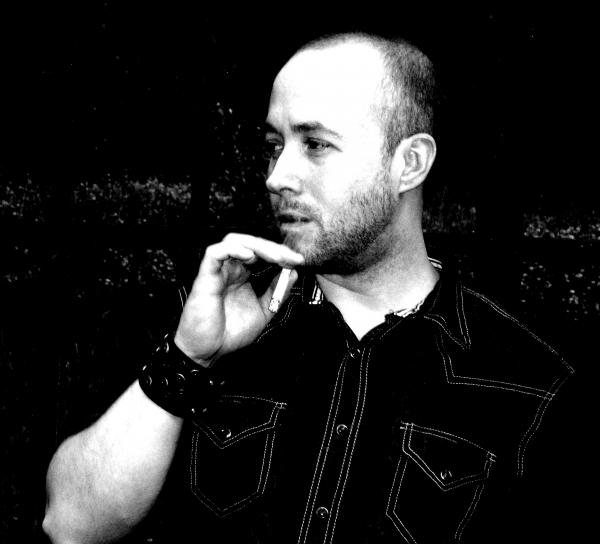 “Nothing’s what you bargained for. Give it up like a cheap whore.”

That sums it up, doesn’t it? There is a positive message in there if you look for it.

Your plan. Give it up. Drop it.

Sobering, lyrical brilliance from Mr. Derrick Mills, the musical mastermind behind the dangerous and fascinating project A Hideous Blue. The fact that this name isn’t being bounced around all rock circles baffles me, but I feel this is about to change. Both conscious thought and edge/rebellion have been generally repressed by the mainstream, never more-so than today. Rock has taken a beating over the last 10 years, and even within it’s gates you have to hesitate before drinking the water. Most artists that call themselves rock are either corporate sell-out rock or some sort of indie pop rock hybrid featured on Pitchfork with an animal name.

But rock still lives, no matter who tries to cheapen it’s groove. Derrick Mills knows this. That’s why, after years of playing in rock and metal bands, he set off to work on his own strange, passionate musical vision. Like Hank Williams Jr, he refused to compromise his integrity. The hard road. For good or ill. Crafting dark melodies, dirty, guitar driven songs and thought-provoking poetry, he created A Hideous Blue. It should be noted, that, much like Dale Turner, another artist who recently blew my mind, Derrick Mills wrote and recorded everything himself. Stylistically, A Hideous Blue would sit nicely alongside Nick Cave, Tom Waits, The Smalls (the reckless Canadian country/metalheads), 16 Horsepower/Woven Hand, the Queens of the Stone Age, PJ Harvey, Peter Murphy and Patti Smith. If that seems like a prestigious list, it’s well deserved. 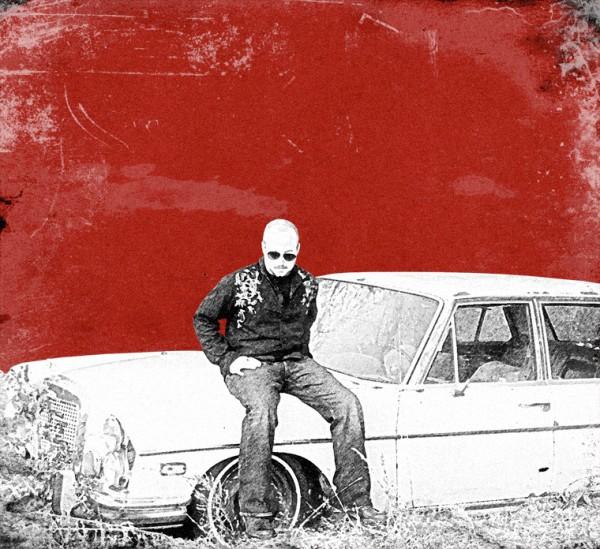 Every song on A Hideous Blue’s new album “Reckless Calm” is dynamic, original and full of grit. Blues, rock n’ roll, dark country, and hard rock infuse the album. From the haunted scarecrow croon of “The Filthy Few” to the distorted highway robbery full speed ahead charge of “Fatal Milestones”, this is an album that could inspire, well, reckless change. Getting out of town. Leaving the country. The rockabilly swing of “Modern Day Cliche” gets sketchy and drenched with sarcasm. “Money junkie. I’m so lucky. I’m bona fide. Soul flunkie. Be my trophy wife. I’m a modern day cliche” Mills sings over backing chants like a drunken Josh Homme -speaheading an ironically catchy anthem. Most artists wish they could write lyrics like this, but it comes effortlessly to him. A Hideous Blue’s work is paying homage to the great lyricists of music past – those who respect the power of the pen.

“Next Best Thing To Being Alone” appropriately starts with unbridled feedback leading to what sounds like a whiskey-inspired rampage, though carefully expressed. If there is rockabilly in A Hideous Blue’s sound, it’s not the rockabilly you’re used to. No genre cliches, party drinking songs or dance floor swingers here. That’s not to say “Reckless Calm” is not a good time. This album made my day, and within the span of roughly 45 minutes, most of my friends now know about A Hideous Blue, too.

This is real rock music, done for the purity of the art and for no other reason. A Hideous Blue does not care if you buy the album. But you damn well should. 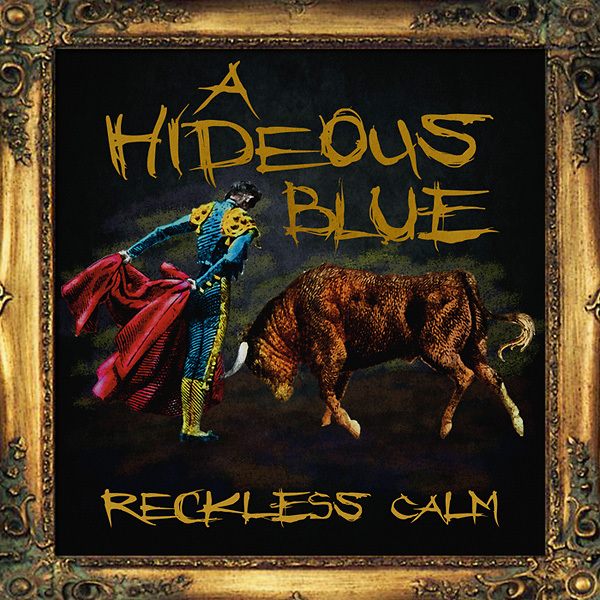 Visit A Hideous Blue on Reverbnation.