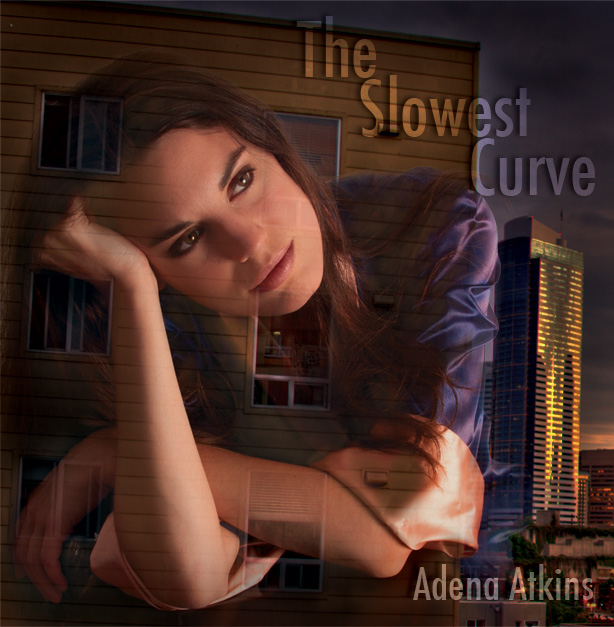 Seattle based singer/songwriter Adena Atkins sings with a rare fragility and air of mystery over experimental, lush soundscapes in her new EP “The Slowest Curve”. It’s always refreshing to hear an artist, especially an experienced one, forge new ground by choosing an obscure direction for themselves as opposed to the always beckoning typical path. Adena, a recipient of the National Foundation for the Advancement of the Arts’ merit award, is willing and able to explore and does so freely. At times Portishead/Radiohead inspired electronica, and at others sounding closer to indie folk music, it’s hard to peg a distinct style, and this works in the album’s favour.

The opening track “Glass” begins with dark but strangely inviting synths that sound close to “If I Had a Heart” by Fever Ray when Adena Atkins‘s narration appears with slightly distorted vocals. The effect works for the warm moodiness in the song, though harmonies would elevate the piece at points. To the listener, our songwriter is singing our of her journal, so the emotion feels both potent and relevant. “End of Story” relieves some tension and shows more colour in both the composition and vocal lines, which absolutely thrive on the odd chord choices. Mood music indeed.

“April Rain” harkens back to 80’s pop music, with chimes and bells that hit David Bowie’-esque (“David Bowie-esque” – is that a word?) production cues. When Adena sings the line “Stars explode and we never hear them” we are treated to an atmospheric interlude that entices, but with the return to the song’s slightly underwhelming chorus, it seems like another situation where there was more opportunity to effect the listener with the vocal range and choice.

“Hot Gray Morning” is slightly more whimsical and calmly confident, but really takes off emotionally at the 1:56 mark where the singing takes on a deeply haunting tone, and the honesty is there for all to see. The vocals throughout the album are quite bare bones, which works at some points and not on others. As an EP, “The Slowest Curve” succeeds in showing the world a very talented new artist, albeit one who still sounds like she is in the process of finding herself as a songwriter. This particular process, however, is one that is enjoyable to listen to.

Find out more about Adena Atkins and “The Slowest Curve” at her official website.