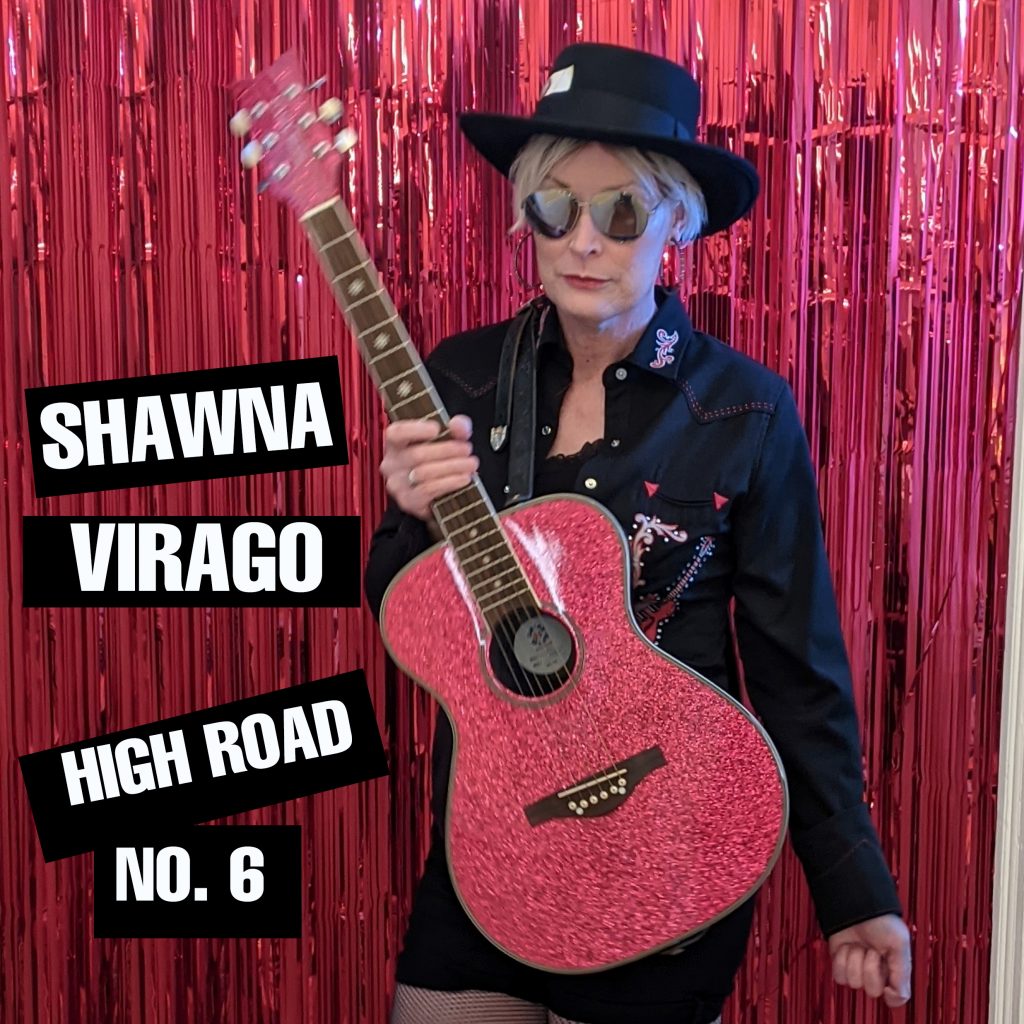 Virago shines on the new single, both vocally and with her stellar guitar work, and the song serves up a high-energy, lo-fi cowpunk sensibility.

Let’s give some context: Virago has been performing as an out trans artist since the early 1990s. She is the voice of a generation who existed long before celebrities, the Internet, and the media started making all things queer or transgender a rising trend. While Virago is called anti-folk and punk, and while she is both of those, she is first and foremost a singer-songwriter, rightfully celebrated for her striking Alt Country and lyric-based songs. When you listen to Shawna Virago, you know you are hearing from someone who’s been around the block several times.
I was broke and living in a haze
From my station in life
Trouble started when I slept with the mayor
Then the mayor’s wife
Next time I won’t fall for the line
“Trust me I love you for your mind”

Written during this record-breaking year for legislative attacks against transgender people, Virago says, “I’d been a little depressed from the non-stop level of hate aimed at trans people, and needed to write something that gave me some hope and comfort. I needed something to supercharge my resilience.” ‘High Road No. 6’ is that song, about escaping the entrapments and negative forces wanting to take you down. It’s a visual and cinematic song, plus you can shine up your boots and break out some the line-dancing.

The music video for High Road No. 6 – available now on YouTube – is a queer romp, where Virago and her guitar are framed by fashion-forward gay cowboys against the backdrop of San Francisco’s Bay.

High Road No. 6 is available for download (Bandcamp, CDBaby, iTunes) and streaming (SoundCloud).

Recently Shawna spent some time with us to pen a tribute to her favorite band, Los Angeles punk band X.