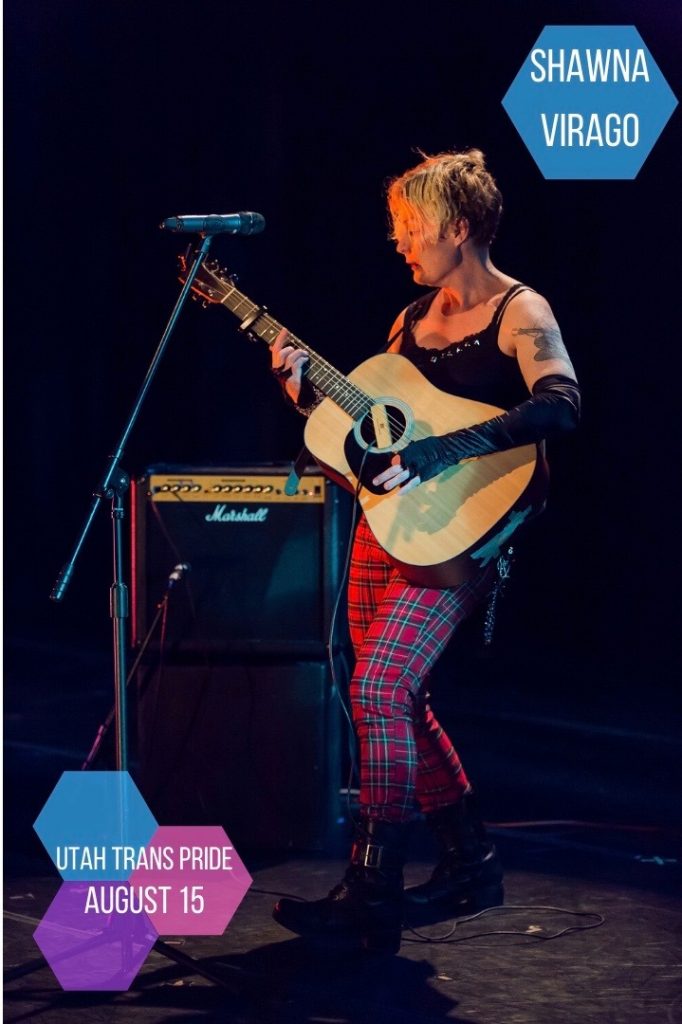 “I’ll be playing twang filled folk punk at this event, where all genders are welcome.”

Genderbands is elated to announce that Shawna Virago will be performing during our #UtahTransPride2020 virtual event!

SHAWNA VIRAGO is a songwriter celebrated for her lyric-based songs. Her songs twist together folk, punk and twang. Virago was one of the nation’s first openly transgender women to perform and tour nationally, and has performed as an out transwoman since the early 1990’s. She has been profiled online and on radio including Bitch, Louder Than War, No Depression, Huffington Post, and left-of-the-dial radio. “In these turbulent times, you may often wonder, ‘Where’s our Bob Dylan? Where’s the bard of the 2010s translating the dicey political and social climate into musical stanzas?’ … Enter Shawna Virago.” – POP DOSE