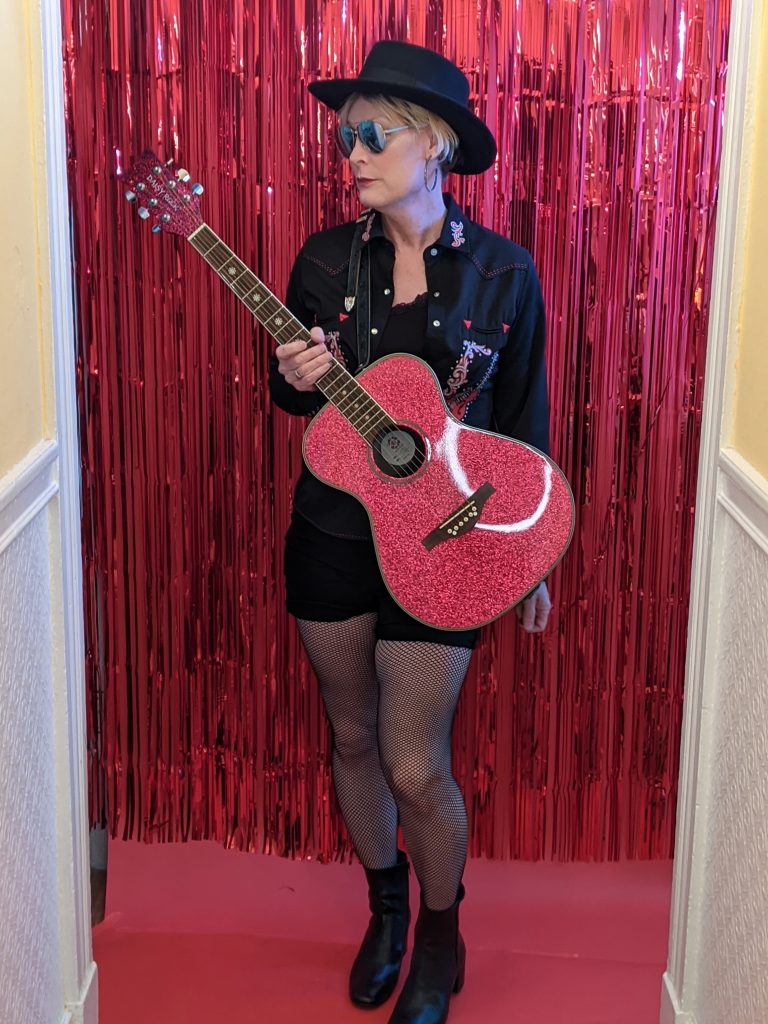 Said Virago, “This year’s festival features powerful and vibrant film works that showcase trans and gender-non-conforming communities’ resilience and strength along with their street smarts, sass, sexuality, friendship, humor, and courage. Virago continued, “It’s deeply personal and imperative to tell our trans stories — the stories that mainstream media platforms aren’t interested in telling — and share our filmmakers’ creative visions with audiences worldwide, making these films accessible from the comfort of home.” 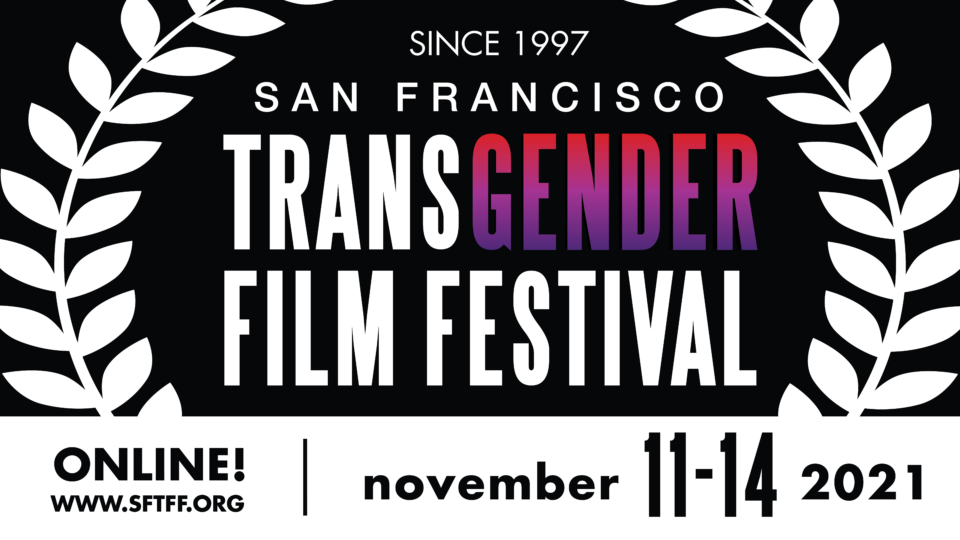 Check out the festival’s full line-up at https://sftff.org/submissions/.

Virago’s “High Road No. 6” finds the artist at the peak of her creativity, both vocally and with her stellar guitar work. The song serves up a high-energy, lo-fi cowpunk sensibility.

Let’s give some context: Virago has been performing as an out trans artist since the early 1990s. She is the voice of a generation who existed long before celebrities, the Internet, and the media started making all things queer or transgender a rising trend. While Virago is called anti-folk and punk, and while she is both of those, she is first and foremost a singer-songwriter, rightfully celebrated for her striking Alt-Country and lyric-based songs. When you listen to Shawna Virago, you know you are hearing from someone who’s been around the block several times.
I was broke and living in a haze
From my station in life
Trouble started when I slept with the mayor
Then the mayor’s wife
Next time I won’t fall for the line
“Trust me I love you for your mind” 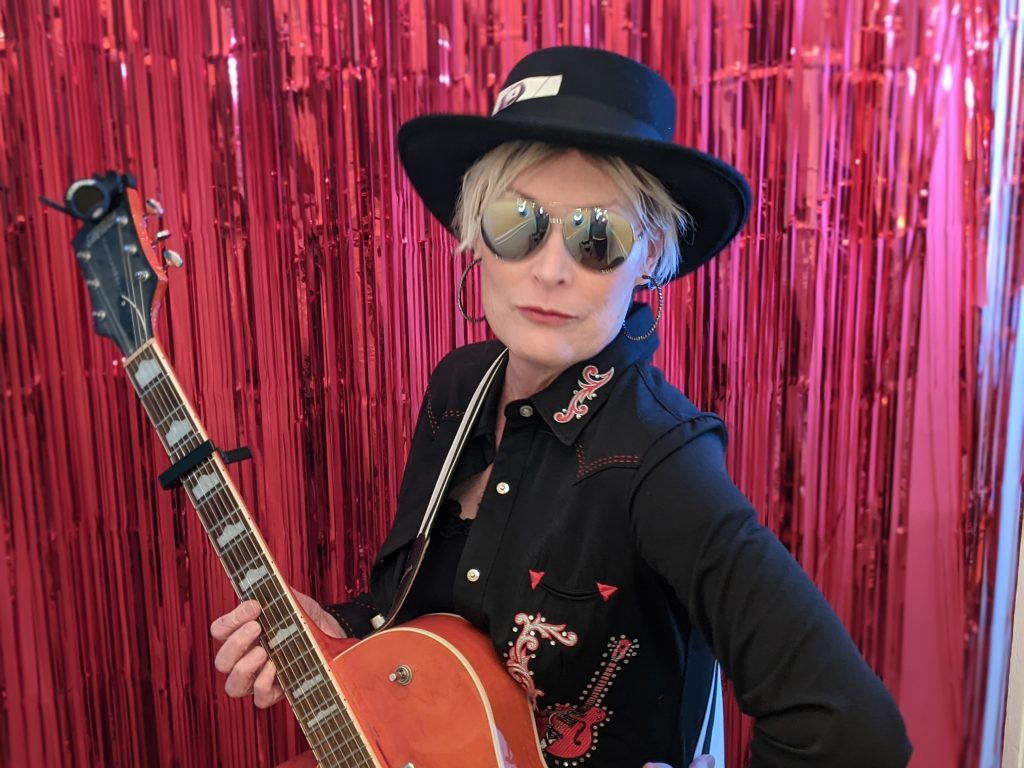 Written during this record-breaking year for legislative attacks against transgender people, Virago says, “I’d been a little depressed from the non-stop level of hate aimed at trans people, and needed to write something that gave me some hope and comfort. I needed something to supercharge my resilience.” ‘High Road No. 6’ is that song, about escaping the entrapments and negative forces wanting to take you down. It’s a visual and cinematic song, plus you can shine up your boots and break out some the line-dancing.
The music video for High Road No. 6 – available now on YouTube – is a queer romp, where Virago and her guitar are framed by fashion-forward gay cowboys against the backdrop of San Francisco’s Bay.
Driving at noontide
Cigarette trees on either side
Turning off the lane at the old salt flats
Out past where the dust devils dance
To cast my line into the river of chance
On the High Road…High Road No. 6 is available for download (Bandcamp, CDBaby, iTunes,) and streaming (SoundCloud).

Find out more about the San Francisco Transgender Film Festival at http://www.sftff.org/.