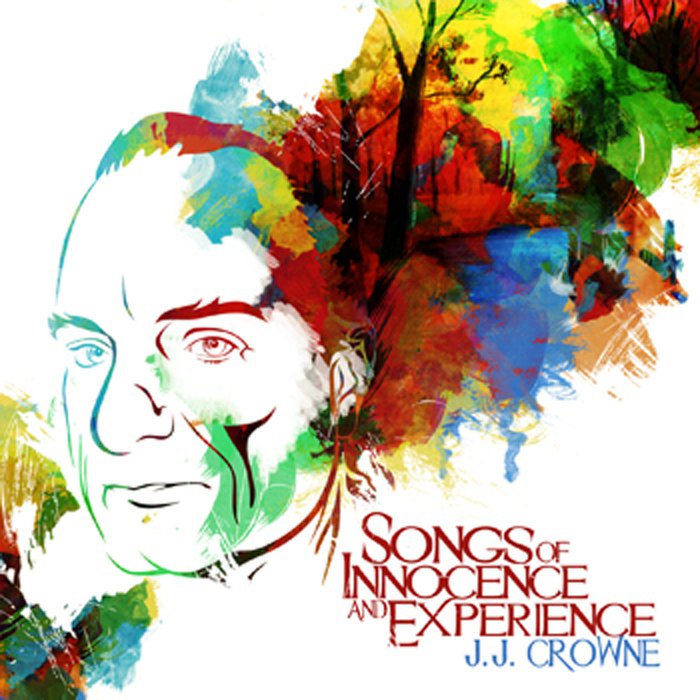 JJ Crowne is a soulful adult contemporary singer/songwriter from Miami, Florida with philosophical lyrics and inspired storytelling. Welcome to Independent Music Promotions, JJ. Congrats on the release of your new album “Songs of Innocence & Experience”. Now, you played everything on the release. Do you have a home studio where you do all this? It seems like quite a huge undertaking.

Yes, I’ve always had some form of a studio in my home – from reel-to-reel and multi-track cassette machines in the 80’s to different versions of digital software studios up to today. It’s of course a great way to capture songs and instrumental parts whenever you’d like, without having to shell-out $200/hr to commercial studios — especially since I play all instruments and sing all vocal parts myself, so that can take up a lot of studio time. But the new technology also means that anyone and everyone can record high-quality stuff in their homes now. So it’s safe to say that if you’re making an album in your home, someone else down your street is doing likewise, lol! The competition has become quite intense.

I recorded all of the tracks in my home studio over a 5-month period in late 2010, then got picked-up by an indie label here in Miami. I completed the final mixing and mastering of my home-recorded tracks at their studio. The only other person involved in the process was my mixing and mastering engineer, Rick Pantoja, who came in at the end of the project and, bless his heart, had to deal with me directing every mixing session.

Your bio describes the album as “one man’s musical journey sure to pick up many passengers along the way.” How has the journey been thus far? You’ve been getting some great reviews.

It’s been a fulfilling and uplifting, but sometimes frustrating, journey. I’ve been writing and recording songs since I was a teenager, and this project has reached a much wider audience and gotten me a lot closer to my goals than ever before. Reviews have been great all across the board, and one website even named my album their “2011 CD Of The Year.” I’ve also been fortunate to have over 200 radio stations currently airing songs from the album. Fan base is growing steadily every week, and I’m especially pleased to see how many fans my music has picked up in other countries. Touching folks around the world with your own music & lyrics is a feeling that can’t be matched.

Your lyrics are quite positive, philosophical and at times brilliantly sarcastic. How important are lyrics to you?

Thanks very much for the compliment. I’ve always put lots of emphasis on my lyrics and telling a story or asking a question. I’d like to think that my songs make people think. And kudos to you for catching the sarcasm in one of my songs called “Another Day Of Love.” It’s a song about people’s hypocrisy regarding the homeless, and I can tell you that several reviewers have totally missed the point. One British reviewer liked my album, but thought I was espousing some sort of “deep religious views” in that song. Another American reviewer thought it was way too “happy” and all about love and peace. Neither one of them figured out that it was all meant to be a sarcastic statement about someone’s indifference towards those less fortunate. But that’s the beauty of poetry, I suppose, in that words can lend themselves to many interpretations. For me, lyrics are just as important as melody. 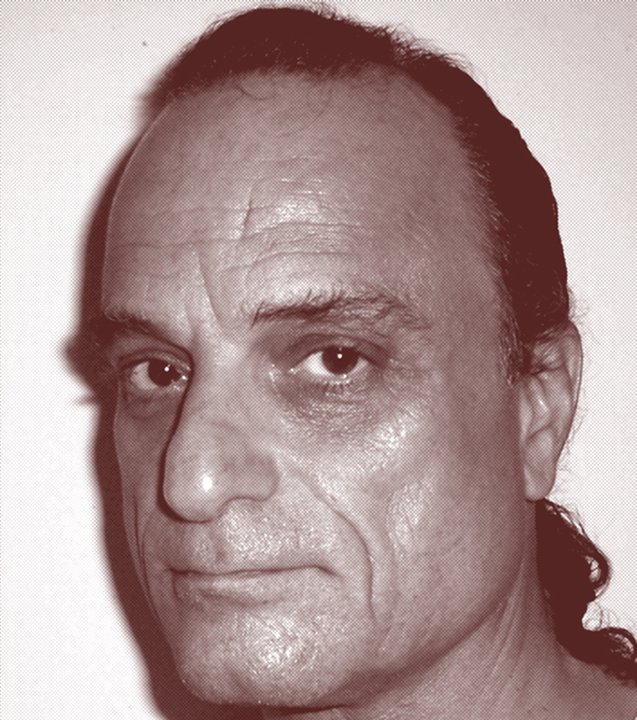 Who are your music heroes? I heard some Peter Gabriel, Tom Petty and George Harrison influence when listening to your album, and that’s a great thing in my books.

I know it’s been said before in some of your other interviews, but my biggest heros were The Beatles, hands down. They influenced me to learn guitar, keyboards and vocal harmonizing; and their sheer musical diversity taught me at a very early age that an artist/writer doesn’t have to be stuck in only one musical style. Listen to my bass lines, guitar lines and the final harmonized vocal phrase in my song “Only Time” and you can hear my humble homage to them, complete with a pseudo “Hard Days Night” fade-out.

As for Tom Petty, I’ve been told my voice sometimes sound a bit like his but I think the only thing we have in common is that we’re both from Florida, lol! I also often get compared to Phil Collins and I’m extremely flattered by that. For pure musical virtuosity, I’ve also always admired Steely Dan (a couple of the tunes on my album are a bit on the jazzy side); and for vocal ability, it’s got to be Crosby, Stills, Nash & Young and Brian Wilson. My lyrics are influenced by some of the greats of bygone days like Harry Chapin, Paul Simon and even The Moody Blues.

I’m a huge fan of some of the British 80’s and 90’s acts who are still making music today, such as Pet Shop Boys and Morissey. Lyrics play a big role in their music. I also like John Mayer, who has that wonderful diversity of styles that I try to create in my own music as well. Like Mayer, I’m a bit of a musical chameleon in that I can write in different styles and have never been branded just a folk or rock or country act.

The industry’s recent changes, where new and indie music is accessible to more people in more ways, are a breath of fresh air but still haven’t taken root amongst many older people. A lot of folks over 40 don’t even know where to find new music by indie artists. They’re still just consuming what the major labels and major land radio stations want them to hear. When I tell many of my work colleagues (those who are over 40) where they can download or listen to indie music like mine, many have never heard of internet radio or podcasts. It’s surprising to learn that iPods, mp3’s and collecting music on your computer are still radical, new-fangled concepts to many in and above that age group. Hopefully with time, their methods of accessing music will change and that’s when the industry’s changes will directly their lives and listening habits.

As for file sharing, I’m all for it. However, the reality is that as long as there’s big corporate money to be invested and recouped in the deep-rooted music business cultures of Nashville and L.A., there will always be fierce opposition to it. It’s probably true that companies will make less money from recordings due to the widespread pirating and sharing of music, and I doubt much will change in that respect. But with so many artists now producing music by themselves with less overhead expenses and less major company involvement, at least more of that money flows directly to those artists instead of being siphoned-off to big music corporations. In the old days, it wasn’t uncommon for artists to just share in just 4 or 5% of the profits that a record company made from the sale of an album. Now, many self-produced artists are making as much as 50% or more of the profit from selling a CD through small indie labels.

Do you have any plans for touring, new music or music videos?

I am currently trying to book several festival appearances for this coming spring and summer, and am also working on an EP for release later this year. My main goal lately has been to try licensing some of my songs to TV and motion pictures. I’ve had some limited success with songs of mine featured in TV shows in the past, and am looking forward to having this new batch of songs find their way into other media as well. That’s one area where indie artists can still earn money without the fear of one’s songs just being bootlegged and not paid for. I’m also in discussions with a few people to produce a couple of music videos.

What have you found works for you as far as promotion goes?

As for radio play, the very best thing I’ve done (and which I’d highly recommend to other artists) is to contact lots of independently-run land and internet radio stations on my own, particularly those in either the live365.com or iTunes radio networks. After you’ve contacted them and described your music, many of these stations will request that you send a few mp3’s to them and will take the time to listen to your songs. If they like them and they fit into their station’s format, these stations will give them air time. Then, depending on listener response, they’ll keep songs in regular rotation. It’s a time-consuming and laborious process, but I’ve made some great connections with many of the DJ’s on these stations and have gotten probably 80% of my airplay through this direct contact method. One method that doesn’t work very well (at least for me) are companies that will charge an artist several hundred dollars to supposedly promote their songs to various stations. All that usually happens is that your songs are put on a roster with hundreds of other songs for stations to listen to; then that same company will later hit you up for several more hundred dollars to buy advertisements for your songs on their webpage so that maybe the songs will stand-out a little more to potential stations. I’ve learned that many stations just don’t have the time or staff to wade through all of that, and don’t want to pay the membership fees to participate with those companies. Direct contact and networking is a much more effective approach.

Another great method of worldwide promotion is getting songs on Jango.com. Jango is like a less-expensive Pandora of sorts — with listeners around the world requesting songs of a particular artist or genre, then hearing your songs added into that mix of music. It’s a great way for fans of, say, Phil Collins or CSN&Y to hear new music that’s similar in some ways (like J.J. Crowne), and then click-on to become fans, learn more about that new artist, and hopefully purchase some songs or a CD.

What else can we expect from JJ Crowne in 2012?

A new EP, hopefully a video, and some festival appearances. The journey has just begun! People can learn more about the album, hear a few tunes, and keep up with the release of new songs, videos and appearances at www.facebook.com/jjcrowne, www.myspace.com/jjcrownemusic, www.reverbnation.com/jjcrowne, and my soon-to-be-completed website at www.jjcrowne.com.

Check out “Only Time” below: