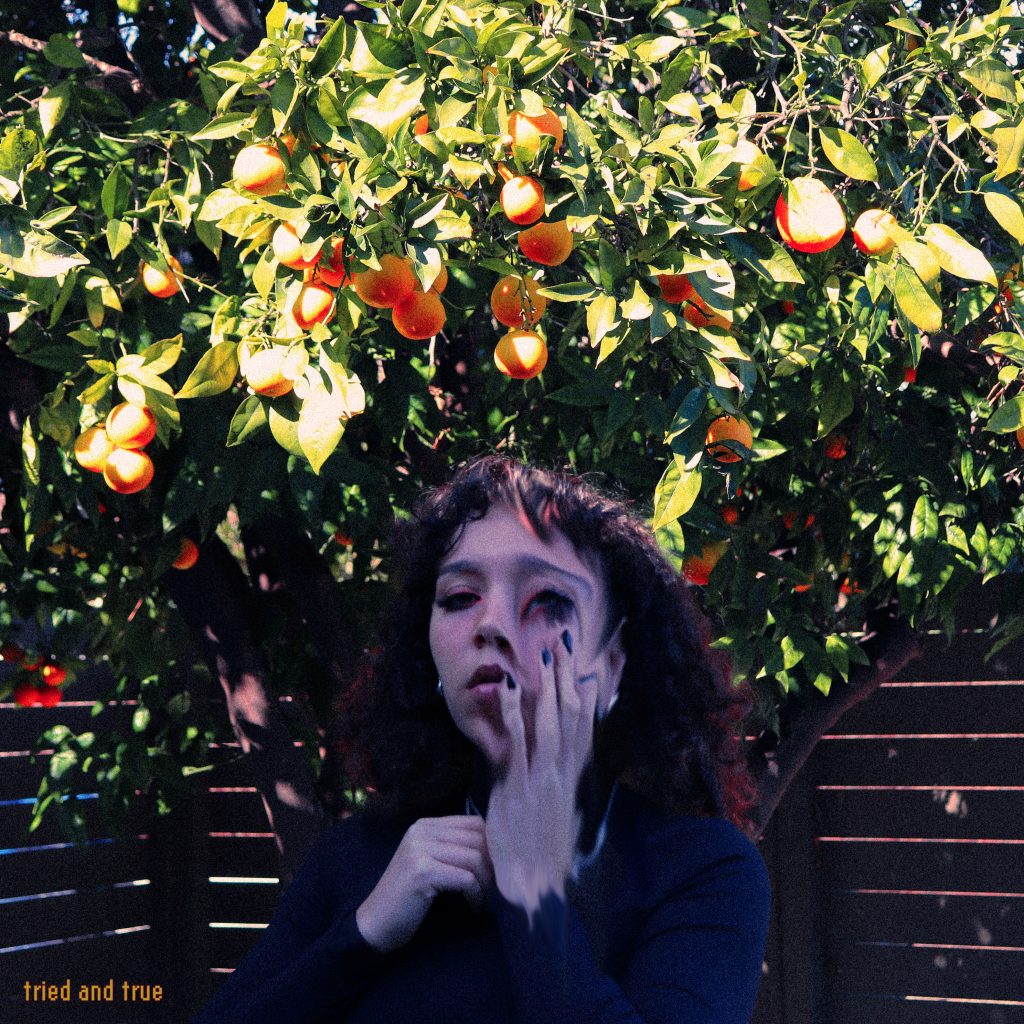 21 year old Singer Songwriter Julia Pratt (juliaprattmusic.com) (currently featured in our ‘Best New Music of 2022 list) finds beauty and catharsis in darkness on her surreal, cinematic new single “Tried and True”, out February 4, 2022 on streaming platforms. “Tried and True” showcases Julia’s skilled vocal layering and otherworldly harmonies over a dense piano and synth backing. As with the striking cover artwork, Julia Pratt’s creative vision is linked to the often bizarre and obscure inner world of dreams and emotions.

From the Artist:
Tried and True was my attempt to articulate the internal monologue running through someone’s mind during their last moments. I wanted it to sonically capture the feelings of desolation, longing, resignation, chaos, and exhaustion that can accompany a nervous breakdown. Lyrically I wanted to tell the story of someone trying to find the words to say goodbye to their loved ones, acknowledging the pain they’ve inflicted on those closest to them but still desperately wanting to explain themselves one last time. I wanted the background vocals to mimic how it feels to gasp for breath, and after I decided I wanted that to be the focal point of the song the story flowed from there.

Listen to “Tried and True”.

Artist Biography:
Julia Pratt is a 21 year old singer songwriter currently based in Philadelphia, PA. Julia started singing as a teenager after a childhood of playing multiple instruments including cello and saxophone. After playing jazz saxophone for a few years, she decided that she wanted to begin singing the standards that she had been playing. Julia began her singing journey by trying to emulate the sounds of her idols Ella Fitzgerald and Billie Holiday. She then set out to create her own songs that captured the delicate lyricism of the jazz standards that they sang, but with her own modern sensibility. This endeavor culminated in the release of her Jazz influenced EP “Fallout” in 2021.

In the process of producing  Fallout, Julia began to find her own artistic voice. While recording, Julia pinpointed vocal stacking as a facet of production allowed her to capture the emotionality she’d been longing to portray for a long time. Her latest release ‘GOLD’ features a haunting vocal accompaniment that ebbs and flows around the heart wrenching lyrics that tell a story of drug addiction.

In her upcoming music, Julia aims to express an even wider breadth of emotionality through her vocal production and songwriting. In addition to songwriting and producing, Julia has performed at the legendary Blues Alley in Washington, D.C., City Winery in Atlanta and Milkboy in Philadelphia.

In 2022, Julia has plans to write and release new music both independently and in collaboration with other songwriters and producers, dipping her toes in different genres and finding her voice in all of them.