The RainDoggs. Very clever name. Tom Waits (who himself released a stellar album “Bad As Me“) once crooned “For I am a rain dog, too” on his 1985 classic album “Rain Dogs”. 26 years later, an independent band from Austin, Texas has taken inspiration from him as well as the iconic Snoop Dogg. Looking through their other influences you will find more of the greats – the GREATS, I mean. Tom Petty, The Rolling Stones and James Brown, as well as some wonderful modern picks such as The Black Keys, Adele, and Faces. 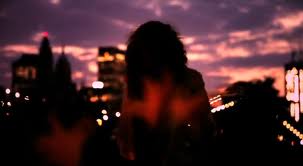 I have to say, I was very impressed on a first listen. So much so that I listened to the tracks multiple times each – not because I had to but because they simply made me FEEL good. I heard a lot of Black Keys and The Dead Weather in their sound, and that’s not at all a bad thing. Rock n’ roll does, after all, still soothe the soul. Now I’m noticing so much more on a second listen. “Stuck In Red” is a real standout, with absolutely brilliant Portishead-styled guitars washed in tremolo accompanied by brilliant trumpet playing. The band lays it down and keeps the groove strong throughout, and lead singer Ali Holder narrates like a blues veteran. In “Was It Necessary”, Holder reminded me of Martina Topley-Bird’s stellar performances on her work with Tricky. The beats are a mix of funk and hip hop, and every musician does a perfect job without overdoing it. There is space enough to bob your head, and the production is excellent. The RainDoggs bring some real soul and likeability to an exciting fusion of popular music genres.

I, for one, look forward to hearing much more from this excellent indie band.